Aducanumab is an intravenous (IV) monoclonal antibody infusion intended to slow the cognitive decline in patients diagnosed with early-stage Alzheimer’s who suffer from mild memory and thinking problems.

At UC Health, we are the most preferred for complex care in Cincinnati, providing the latest technology, unique methods of collaboration and research to provide hope for our patients. The UC Memory Disorders Center is one of only three sites in Ohio to offer this new treatment for Alzheimer’s disease and is a designated site for the ICARE phase IV longitudinal study.

Our memory disorders experts know the importance that memories have to our identities and our lives. At UC Health, physicians who specialize only in memory disorders build tailored treatment plans for every individual's needs. Bringing a comprehensive approach backed by the latest research, our teams offer hope through early diagnosis and compassionate care.

To schedule an appointment, please call the UC Health Memory Disorders team at 513-941-8264.

Help Along the Way

Answers to Your Aducanumab Questions

How does Aducanumab work?

Aducanumab targets a protein, called amyloid, which can form abnormal clumps in the brains of Alzheimer’s patients. Amyloid protein is an essential building block and immune surveillance protein in the brain. It exists in multiple forms, and in certain configurations, is believed to disrupt the connections between brain cells (synapses) and lead to brain cell death. The treatment is designed to trigger an immune response that removes the toxic forms of the protein.

What are the known risks of this treatment?

MRI evidence of brain swelling (edema) or small brain bleeds (microhemorrhages), collectively known as amyloid-related imaging abnormalities (ARIAs) occurred in up to 30% of patients during the study once the target (highest) dose was reached. These tended to first occur between weeks 16 and 64, coinciding with the increase in medication dose. These side effects are due to blood vessel leakiness that occurs as amyloid is removed from blood vessel walls.  The ApoE4 genetic risk factor increased the risk to 35%. Most of these MRI changes were asymptomatic, but others developed headaches, confusion, dizziness and nausea.

Despite these brain changes, 98% of individuals recovered without residual effects by 16-24 weeks. Severe ARIAs occurred in 6%. The majority of affected individuals remained on treatment or resumed treatment after a temporary suspension.

Misdiagnosis is also a risk that could lead to exposure to this medication (and its potential side effects) without any possible benefit.

What are the potential benefits of this treatment?

A study showed that high doses of Aducanumab may improve cognitive function and/or slow cognitive decline and/or reduce behaviors and caregiver burden in select Alzheimer’s patients. One of the hallmark proteins associated with cell death, p-tau, decreased with the treatment.

Despite the approval of the drug, the benefits of this treatment have not been firmly established. As required by the FDA, the manufacturer is conducting an international monitoring study (ICARE) to determine the long-term benefits, risks and ideal duration of treatment. The University of Cincinnati is part of this study.

Who are the ideal candidates?

Patients diagnosed with prodromal Alzheimer’s, or mild cognitive impairment due to Alzheimer’s disease, could be ideal candidates for this treatment. Advanced diagnostic testing to demonstrate the presence of amyloid pathology is required to determine eligibility.

What conditions does Aducanumab treat?

Aducanumab is a treatment specifically for patients diagnosed with prodromal Alzheimer’s or mild cognitive impairment due to Alzheimer’s disease.

One of Three Sites in Ohio

Once treatment becomes available, UC Health will be one of only three hospitals in Ohio approved to administer the drug.

UC Health will be participating in the ICARE international phase IV study, which will collect comprehensive information regarding patient experiences with Aducanumab.

Our cognitive disorders clinic is very experienced with and routinely uses biomarker diagnostic testing, longitudinal monitoring of cognition and function, and comprehensively investigates for all contributing factors related to brain health.

The cognitive disorders clinic is staffed by subspecialty trained and certified behavioral neurologists with team members having up to 30 years of clinical and research experience.

As an academic health system, we focus on providing world-class care, using innovative techniques and instruments that decrease complications and improve outcomes.

We are committed to providing optimal care to your patient and open communication with you. We understand that as a referring physician, you need to be kept informed on your patient’s progress. That’s why we set up a toolbox to share detailed information about your patient’s health with you.

CINCINNATI (Wednesday, June 9, 2021) — UC Health, Greater Cincinnati’s academic health system, will be among just three sites in Ohio to offer Aducanumab, a new treatment for Alzheimer’s disease. The treatment is expected to be available to patients later this year.
Read Article 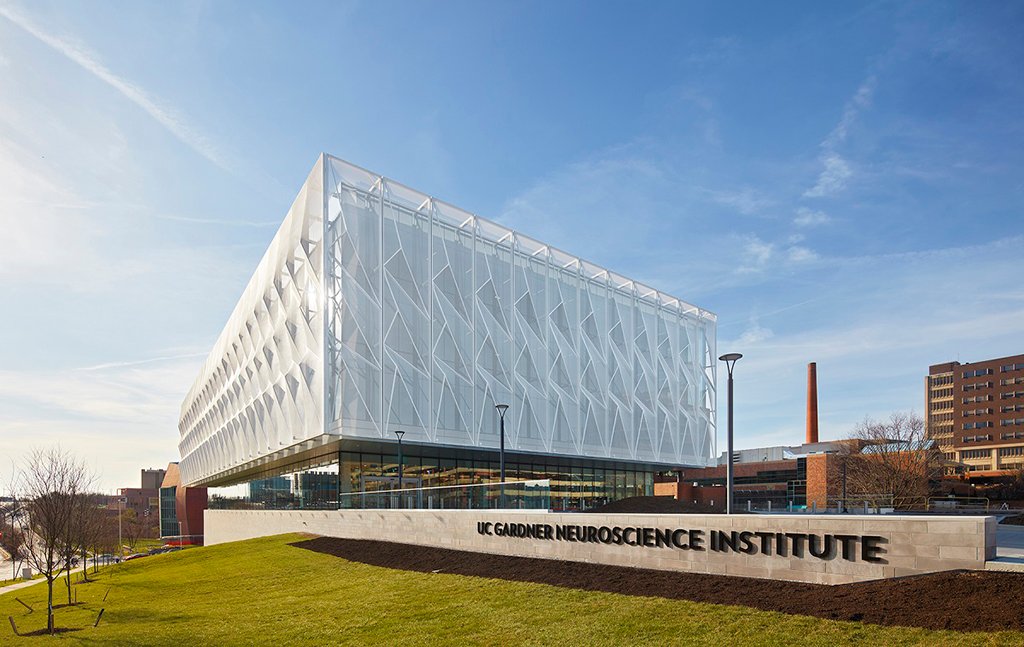