Know the Signs, Help Save a Life: Sudden Cardiac Arrest vs. Heart Attack

While a heart attack and sudden cardiac arrest are both serious medical emergencies, they are distinct conditions that require different action. 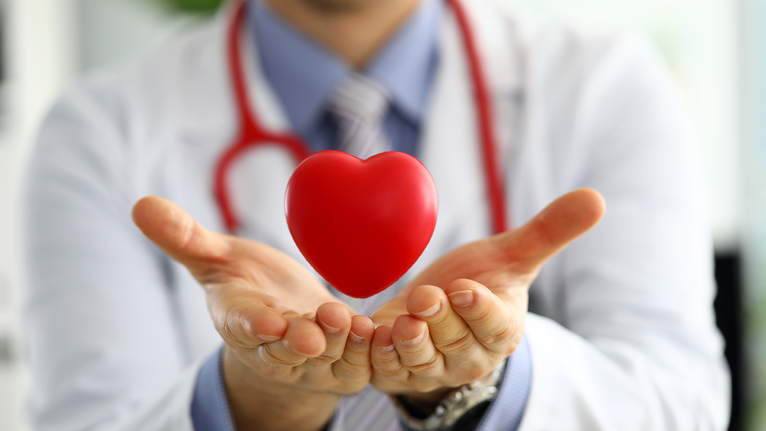 When someone has a sudden cardiac event, the ability of those nearby to identify and act accordingly can be the determining factor in whether that person survives.

Here’s what you should know:

Which is Worse? Heart Attack vs. Cardiac Arrest

Both a sudden cardiac arrest and a heart attack are serious medical emergencies and can be life-threatening conditions. However, cardiac arrest is typically more severe, as it can result in death within minutes if proper medical care is not provided. A heart attack is less immediate but can still be very dangerous if left untreated. Therefore, both conditions must be treated quickly to reduce the risk of major complications or death. Knowing what signs to look out for—chest pain for a heart attack or fainting for cardiac arrest—can be lifesaving.

People who are susceptible to developing either condition may have multiple risk factors, such as a history of smoking, high-blood pressure, diabetes and a sedentary lifestyle, so it’s important to be educated about your own health and understand the risks.

Sudden cardiac arrest occurs when there is an electrical problem within the heart, rather than an obstruction in its supply lines. With this electrical malfunction, the heart stops pumping oxygen-rich blood through the body, which puts organs at risk of damage—including the heart itself. This results in loss of consciousness and can be fatal, or result in brain damage, if not treated immediately with CPR. Cardiac arrest can come on suddenly or in the wake of other symptoms. More than 350,000 cardiac arrests occur outside a hospital in the U.S. each year.

Issues that can trigger cardiac arrest include abnormal heart rhythms (arrhythmias), electrical disturbances in the heart, electrolyte imbalances, diseases or conditions that weaken the heart muscle, or structural issues in the heart, such as congenital defects. In addition, certain medications, extreme physical exertion, trauma or exposure to extreme temperatures can all increase the risk for cardiac arrest.

A heart attack occurs when there is a blockage in one of the arteries supplying blood to the heart muscle, often due to coronary artery disease. This interrupts the natural flow of oxygen-rich blood, resulting in chest pain and other symptoms like fatigue, difficulty breathing and nausea. Treating a heart attack involves restoring normal blood flow to the affected area using medication or surgery.

Causes that can trigger a heart attack, but not a cardiac arrest, include a blocked artery due to plaque buildup or a blood clot in the coronary arteries, inflammation or infection in the heart muscle, or tearing of the lining of an artery. In addition, congenital heart defects, certain medications, over-exertion, excessive alcohol consumption and other lifestyle factors can increase the risk of a heart attack.

Three signs of cardiac arrest that are not signs of a heart attack include sudden loss of consciousness, lack of pulse and no breathing. Other symptoms, such as dizziness or chest pain, may also indicate cardiac arrest, but they may also be associated with other conditions, like a heart attack. Therefore, it is important to observe the entire range of symptoms before making any conclusions.

Sometimes other signs and symptoms occur before or with sudden cardiac arrest. These might include:

Symptoms of a heart attack may be immediate and intense or might start slowly with mild symptoms. It is important to note that it is possible to have mild symptoms, or even no symptoms at all, and still have a heart attack. Unlike with sudden cardiac arrest, the heart usually doesn’t stop beating during a heart attack.

Know What to Do in Case of Either Medical Emergency

Acting quickly when a person experiencing a heart attack or sudden cardiac arrest helps improve their chance of survival. While there are some commonalities in how to respond to these two events, there are important differences to note. Most important, however, is to know that you can help—no matter what level of training or experience you have.

In case of a heart attack, call 911 first

In the event of a heart attack, it is important to seek medical attention immediately. Call 911 and stay calm until help arrives. Do not attempt to drive yourself or wait for the symptoms to subside. Stay on the phone with the dispatcher and provide detailed information about your symptoms. If possible, take an aspirin and chew it, as this can help reduce blood clots and improve circulation. Additionally, if you have access to an AED, follow instructions given by paramedics or other trained personnel while they are enroute to begin treatment when appropriate.

While chest compressions may sometimes be used to help during a heart attack, the American Heart Association recommends that cardiopulmonary resuscitation (CPR) should not be done for a heart attack. CPR is an emergency procedure used to restore blood flow and breathing when someone’s heart has stopped or severely slowed. It can help save lives in certain cardiac arrest situations, but it cannot reverse the damage caused by a heart attack.

When a person suffers from cardiac arrest, survival depends on immediately receiving CPR. For adults, check for responsiveness, then call for help. If two people are available to help, one should begin CPR immediately while the other calls 911 and finds an AED if available and use it as soon as possible. Continue high-quality CPR until professional emergency medical services arrive.

TAKE10 Cincinnati, powered by UC Health, is a free, 10-minute training designed to educate the community about compression-only CPR, an easy-to-learn technique that can save lives. TAKE10 is compression-only, so there is no mouth-to-mouth.

This program aims to help you build your confidence and focuses on 3 key STEPS:

The more people in our community who receive TAKE10 training, the better chance we all have of surviving a sudden cardiac arrest. If you’re interested in setting up a TAKE10 training at your business or community group, please email: take10@uchealth.com

*TAKE10 does not qualify as a CPR certification course.