The Neuroscience Behind Hand-Eye Coordination for Tennis Players 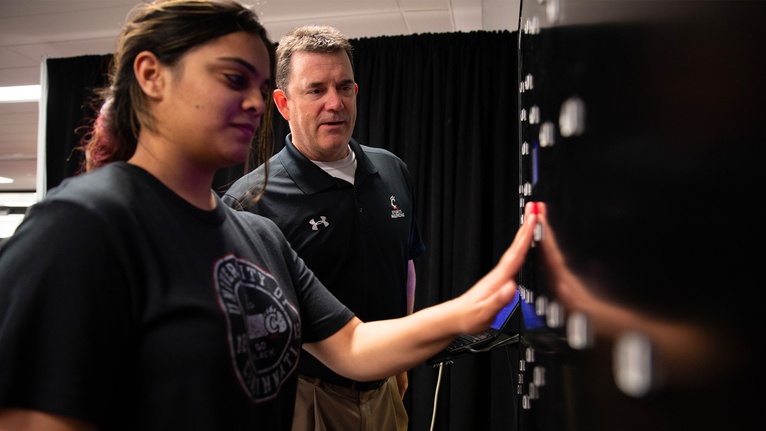 Jon Divine, MD, professor of orthopaedic surgery at the UC College of Medicine and head team physician for UC Athletics, discussed the neuroscience behind hand-eye coordination for tennis players.

Q: What is hand-eye coordination?

Q: How important is vision in hand-eye coordination?

A: Vision is our most dominant sense in terms of brain power required to process information. At least 30% of the brain is directly involved in processing vision. We estimate that as much as 85% of the brain could be involved in hand-eye processing.

A: The 30-85% involvement of the brain in mastering hand-eye coordination consists of developing several vision and motor skills: