Jim Harris has always lived a life of adventure, traveling as a photographer and videographer for publications such as National Geographic. 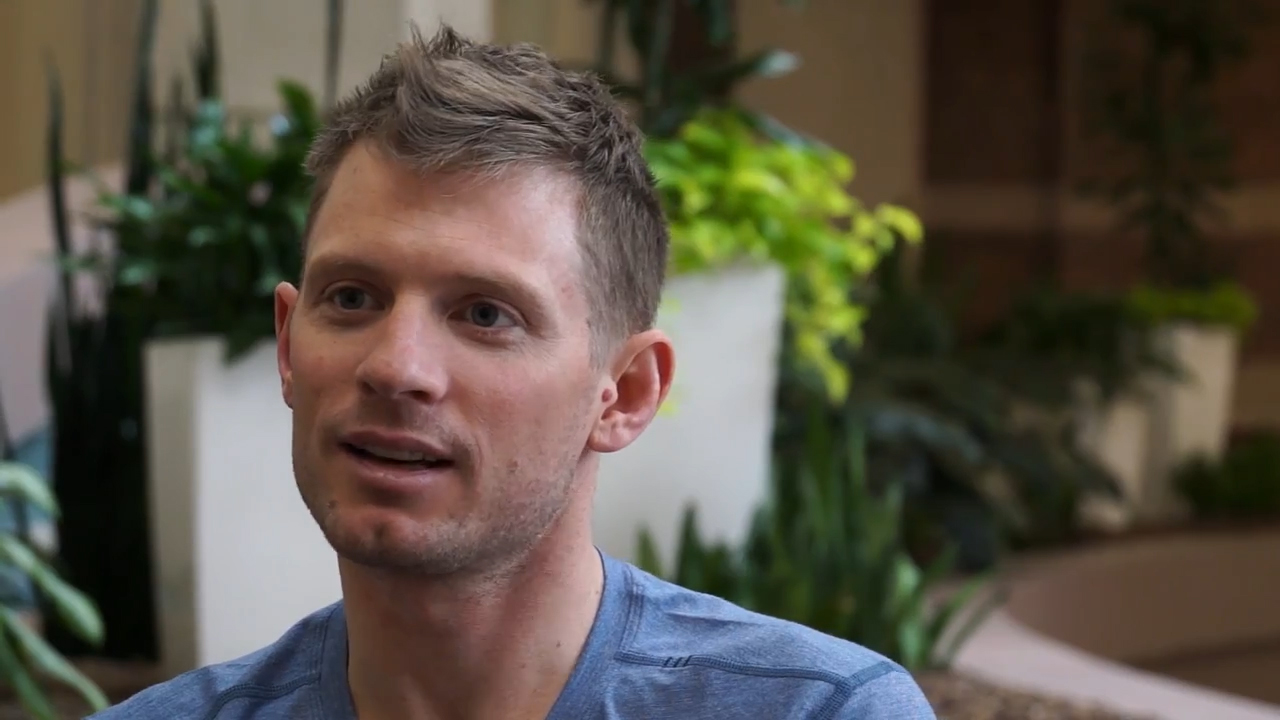 The evening of Nov. 24, 2014, the 2000 graduate of Cincinnati’s St. Xavier High School was preparing for his biggest adventure yet: a month-long, 350-mile expedition across the Patagonian polar ice cap in southern Chile.

Harris and his team hoped to become the first Americans to successfully cross the ice cap. They were testing equipment for the trip and Harris was flying a traction kite—a 12-foot wide device to help skiers quickly cross terrain—when a gust of wind picked him up and slammed him to the ground.

When he woke up, Harris couldn’t feel anything below his sternum.

As a Chilean medical team stabilized and assessed him, his parents, Jeff and Mary Pat Harris, sprang into action from their winter home in Florida. They consulted friends and family to find the best possible American medical care for a man with seven broken vertebrae and they chose UC Medical Center.

“We knew this would be a place that could take care of him. And once we got Jim here, there was a great deal of comfort on our part, and confidence,” Jeff Harris said. “We had a front row seat to what goes on here, and it was amazing … all the resources that were available to us, and the different people that were called upon and their specialties—all to help Jim.”

The skillful hands of the late Charles Kuntz, MD, and his team repaired Harris’ broken spine. And the medical staff at UC Medical Center and Daniel Drake Center for Post-Acute Care helped repair his spirit and restore movement in his legs.

There were the nurses who shampooed his hair and shaved his face, joking around and buoying his spirits in the days after his spinal surgery. Then there were the physical therapists at Daniel Drake Center who advocated on his behalf, even for simple pleasures such as sitting up in a wheelchair and being pushed through the outdoor courtyard.

“The care I received was excellent,” Harris said. “I’m really grateful it worked out in my favor.”

Harris completed his rehabilitation at Craig Hospital in Denver, where he lives and works. He has not only relearned to walk, but is able to ski and hike— and continues to pursue his next great adventure.