Despite suffering life-threatening injuries in a car accident, Sophie Carrigill persevered as an advocate and global athlete. 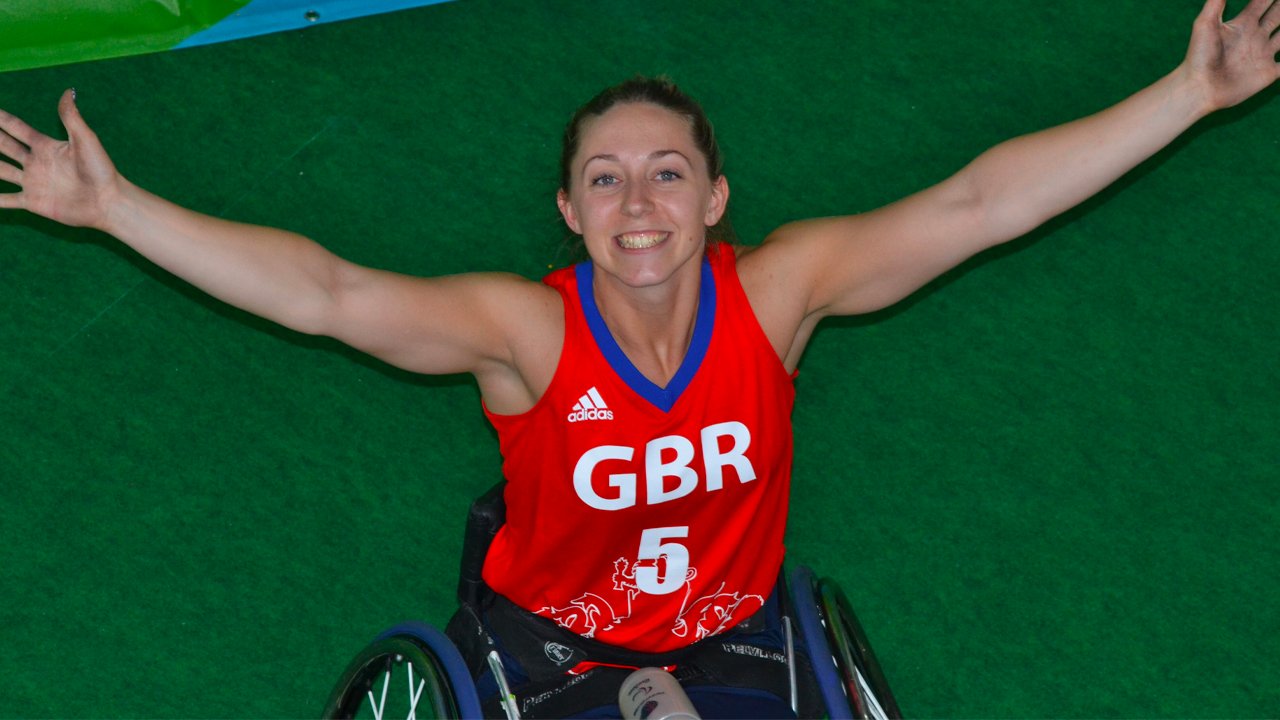 It has been 10 years since 26-year-old Sophie Carrigill survived a deadly car accident that left her as a paraplegic. Since then, she has persevered to live the best life she can and has become a Paralympic star.

Sophie grew up in a small town in the United Kingdom, where she found her love of sports. Her father is a former professional golfer and cricket player. She always dreamed of accomplishing big things, including following in her father’s footsteps and becoming a successful athlete. Early on, it was clear that she had the same talents as her father.

“Those memories with my father really led me to enjoy sports, not only because I was quite good at them, but because I had someone at home encouraging that and being a role model,” Sophie said.

Sophie’s dreams and aspirations seemed to drift away on a rainy August day in 2010. She came to Cincinnati to visit some of her family. While on the way to get dinner, Sophie and her cousins were in a car accident after the driver lost control of the car and crashed into a tree. Luckily, Sophie had her seatbelt on. Otherwise, she would have been ejected from the car and likely would not have survived. However, she did suffer life-threatening injuries.

“I don’t remember anything after leaving the house or the crash happening, or anything really two weeks after,” Sophie said.

Of everyone who was in the accident, Sophie was in the worst condition. Paramedics quickly arrived and transported her via ambulance to UC Medical Center. Once in the emergency room, a multidisciplinary team, including emergency medicine physicians, trauma surgeons, nurses, medics and respiratory therapists, took Sophie into the operating room and worked fast to save her life.

“Sophie was very critically injured when she arrived at UC Medical Center. She had severe internal bleeding and was near death,” said Timothy Pritts, MD, PhD, UC Health trauma surgeon and professor in the Department of Surgery at the University of Cincinnati College of Medicine.

The car accident badly damaged many of Sophie’s internal organs. She underwent a series of operations to repair injuries to her liver, pancreas, intestines and abdominal wall. A surgeon then performed a spinal fixation procedure to stabilize her spine. After hours in the operating room, Sophie remained alive, but was not out of the woods.

Sophie spent nearly two months in Cincinnati before she returned to the U.K. The surgeries were successful, but she would never walk again. She had to undergo more rehabilitation and learn to live in a wheelchair.

“Early on, I never thought that I would have to be in a wheelchair for the rest of my life. It was more focused on, ‘would I be able to eat and would I stop being sick? I need to stop being in pain and I need to actually survive.’ I was fighting for my life early on. I was also just grateful to be alive,” Sophie explained.

For most people, having to adjust to using a wheelchair for the rest of their life may have been almost too much to overcome. Sophie continued to press on though. She worked hard, finished high school and her bachelor’s and now is working on her master’s degree.

Sophie assumed that she would have to give up sports forever. It turns out that sports are a bigger part of her life now more than ever. Over the years, Sophie connected with other paraplegics and got involved in wheelchair basketball. She has even parasailed.

“In the beginning, it was about introducing myself to that new community,” Sophie said. “I got involved in wheelchair basketball and got to know other people with disabilities, so I think that helped a lot in my recovery.”

Sophie’s talent and competitive drive remained visible throughout her journey. She became a wheelchair basketball star. Great Britain’s national team selected her to join them and compete in the Paralympics.

In 2016, Sophie went to the Paralympics in Rio de Janeiro, Brazil. She is now a world and European gold and silver medalist, with dreams of adding more awards. She remains hopeful that she will be able to compete in the Paralympics in Tokyo, Japan, in 2021, after the COVID-19 pandemic ends.

“Forming my life around wheelchair basketball has helped me recover and rehabilitate. I have been able play the sport I love and meet some amazing people,” Sophie said.

Away from sports, Sophie remains a known figure in the disabled community. She wants to be an inspiration for other patients with spinal injuries, just as others were for her. She continues to travel, give motivational speeches and be a beacon of hope for others who need it.

Sophie’s Bond with Her Care Team

Over the years, Sophie has remained in touch with her care team at UC Health. She even returns to UC Medical Center each time she comes back to the U.S. One year after the accident, she returned and participated in a trauma conference. She credits the trauma team for giving her a second chance at life after the accident.

Sophie also returned to see her family, and finished the activities she was supposed to do the day of the accident, including getting dinner at the same restaurant she and her cousins were driving to. For her, it was closure to a terrifying time in her life.

On one of her visits to UC Medical Center, she even went back to see the operating room and intensive care unit room where she stayed in 2010. One day, she hopes to have kids and bring them to the hospital so they can meet her biggest heroes, Dr. Pritts and Amy Makley, MD, associate professor in the Department of Surgery at the UC College of Medicine and a UC Health trauma surgeon — two of the many clinicians involved in her care.

UC Health, home to the region’s only adult Level I trauma center, focuses on a team approach when treating trauma patients. Many clinicians are involved in a single patient’s care in the Emergency Department. Each plays a vital role in saving lives. The list of those involved in Sophie’s care is endless.

“It takes a village to take care of a single trauma patient. The average trauma patient will come into contact with 50 people in one day,” Dr. Pritts said. “UC Health is committed to the highest level of care for trauma patients. Sophie, and patients like her, inspire us every day.”

Aug. 4, 2020 was the 10-year anniversary of Sophie’s accident. She is in a completely different place than she was back then, when she wondered if she would even make it another year.

“I can’t believe how fast it went by. Looking back, I enjoy telling my story because it helps me remember where I was 10 years ago, and now, I am in a completely different place,” Sophie said. “Sports are a big part of my life and I live without any assistance, and those are things I could not have imagined being possible during those first few months.”

Sophie is determined to remain a Paralympic star and inspirational figure in the future. She believes that she will accomplish even more in the next 10 years of her life as she did in the last 10 years.