Hope Straight from the Heart

Patient survives the deadliest type of heart attack that led to cardiac arrest and continues care today with the best and brightest at UC Health. 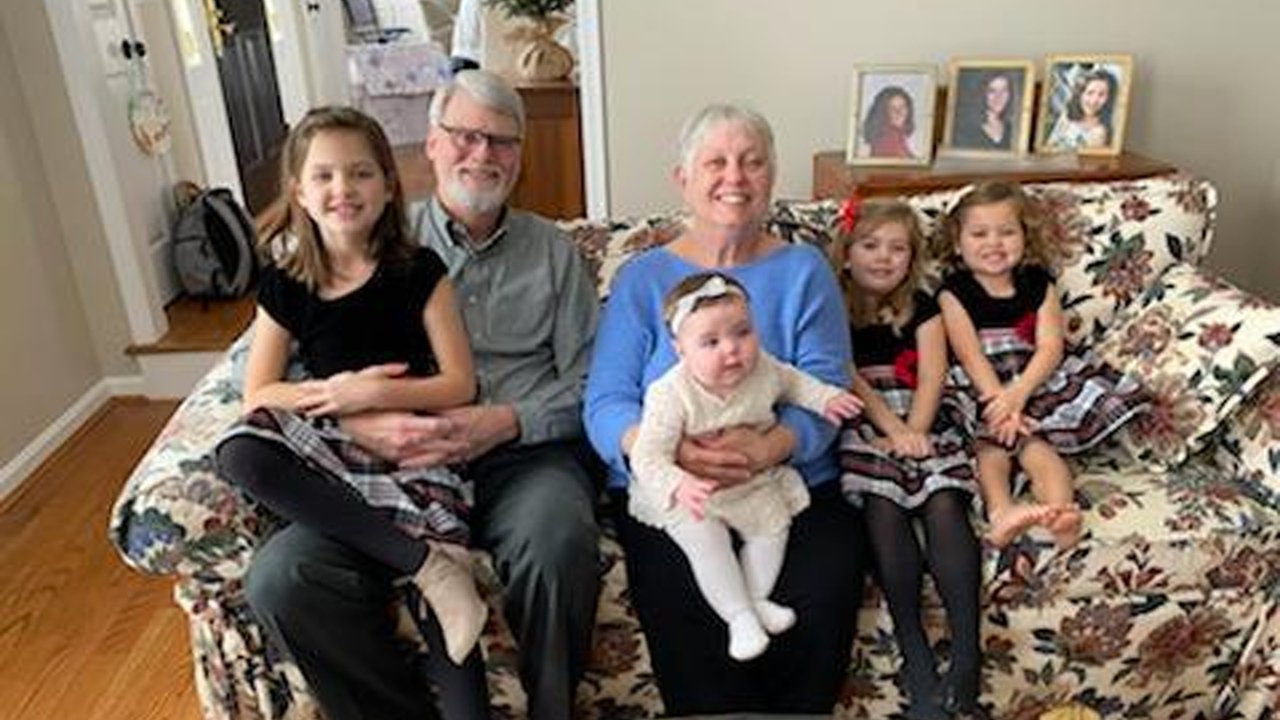 “I didn’t feel any different that day,” shared 71-year-old Barbara Degenhardt, a retired librarian who currently resides in Fairfield Township, Ohio. Sept. 14, 2020 felt like any other morning, especially during the current pandemic.

Barbara was walking laps around her basement when she came upstairs to say goodbye to her husband, Chuck, a professor preparing to teach a morning class at Miami University Middletown. “I told Chuck I was just going to sit on the couch for a few minutes before I shower,” explained Barbara.

Chuck came inside from loading up his car to find his wife of almost 50 years breathless and unresponsive.

A Whirlwind of Events: Surviving Cardiac Arrest through Slim Chances

“I wasn’t sure she’d make it,” Chuck shared, still a bit shaken from the experience. “I was scared out of my mind.”

Chuck called 911, where the operator guided him through immediate cardiopulmonary resuscitation (CPR). “The operator was fantastic,” he shared.

Sanjay Shewakramani, MD, medical director of the Emergency Department at UC Health’s West Chester Hospital and associate professor of emergency medicine at the University of Cincinnati College of Medicine, credits Chuck’s quick thinking as being a factor in improving Barbara’s outcome.

“What Chuck did is an example of bystander CPR, and it makes such a positive impact in patient outcomes,” said Dr. Shewakramani or “Dr. Sanjay” as he is known to patients. “Since Chuck was right there and able to resuscitate her, he improved Barbara’s brain, heart and survival outcome, giving her a fighting chance that allowed us to treat her by the time she arrived at UC Health. It is critical patients receive CPR as soon as possible in moments of cardiac arrest.”

Bystander CPR involves chest compressions that manually keep the heart pumping. Providing CPR is pivotal to improving patient outcomes, and it helps to receive instructions on what to do over the phone with a 911 operator, similar to what Chuck did given he is not CPR trained.

Fairfield Township Fire Department arrived quickly in what seemed like within 20 seconds. Emergency medical services (EMS) performed various tests and found that Barbara was having a heart attack, allowing them to inform the hospital prior to arrival.

STEMI is the deadliest type of heart attack, caused by a blockage of blood flow to the heart that requires timely treatment. To prevent death, it is critical to restore blood flow as quickly as possible, either by mechanically opening the blocked vessel or providing clot-busting medication.

The Best and Brightest Providing Hope through Cardiology Expertise

When Barbara first arrived, she did not have a pulse. Dr. Sanjay led his Emergency Department team to help stabilize her. Assisting Dr. Sanjay was Emily Roblee, MD, an emergency medicine resident at UC Health and the UC College of Medicine.

“Our ED team worked hard to resuscitate Barbara and make sure she was stable enough to go to the cath lab,” explained Dr. Roblee. “After Barbara was stabilized, UC Health Cardiology was able to do some amazing work and provide her with the definitive care she needed.”

Once Barbara regained a pulse, UC Health experts rushed her into the cath lab. Saad S. Ahmad, MD, UC Health cardiologist, assistant professor in the Department of Internal Medicine at the UC College of Medicine and director of heart failure at the Cincinnati Department of Veterans Affairs (VA) Medical Center, emphasizes it took a full multidisciplinary team effort with the Emergency Department and cath lab to help diagnose Barbara’s condition and properly determine her best procedural options.

Working with the cath lab team, Dr. Ahmad placed three stents and a heart pump device into Barbara to help establish blood flow to her heart. A stent is a small tube that is inserted after opening a patient’s artery. Stents are permanent, as they help keep coronary arteries open, which reduces the chance of a heart attack from occurring.

After Dr. Ahmad finished performing the procedures, UC Health Air Care transported Barbara to UC Medical Center, where her care team monitored her in case her condition worsened. UC Medical Center is the region’s only verified Adult Level I Trauma Center, which means it has the right mix of specialists and medical resources a patient needs at a moment’s notice.

Two days later, Barbara was extubated, meaning a physician removed a tube that was helping her breathe. She awoke in UC Medical Center’s Intensive Care Unit with minimal deficits and was alert and oriented.

“I don’t remember what happened, even before my cardiac arrest occurred,” shared Barbara. On Sept. 23, just nine days later, Barbara was discharged. “When I was discharged, I felt nervous, but I didn’t have any complaints. Everyone was incredible.”

Barbara survived a tremendous ordeal. She suffered from a STEMI heart attack that led to sudden cardiac arrest.

Barbara did not show warning signs of heart disease before her cardiac arrest. However, Dr. Ahmad notes that heart disease in women has repeatedly been shown to be undiagnosed and will often be missed with cardiac issues.

Symptoms for heart disease may differ in men and women. When it comes to a heart attack, common symptoms for women include chest pain, extreme fatigue, dizziness, shortness of breath, sweating, upper body pain or stomach problems.

Given the severity of Barbara’s case, it is important for her to continue treatment after her hospital stay. She returned to UC Medical Center a week later after initially being discharged to receive one more stent procedure to correct the third blockage she experienced. Afterward, she has continually visited UC Health experts in the outpatient clinic to monitor her recovery and continue her treatment to assess her cardiac health. For example, after a cardiac MRI and electrophysiology study, she received an implantable cardiac defibrillator.

While elective, Barbara has chosen to utilize UC Health’s cardiac and pulmonary rehabilitation services. These services include physician-monitored cardiac rehabilitation treatment for heart patients recovering from heart attack and angioplasty/stent. The purpose is to build strength through individual exercise while learning about heart disease to help reduce the risk of future cardiac and pulmonary events.

Barbara is determined to get back to her normal life. Whether it is quilting blankets for her grandchildren, going for walks, or going to Cincinnati Reds games when they play the Chicago Cubs, Barbara has plenty of motivation to get back to the life she loves.

“UC Health saved my life,” Barbara said. “I have work to do to get back to where I was, but my care team at UC Health is giving me all the hope I need to live the life I want again.”