Doctors in UC Medical Center’s emergency department are now proud to see patient Angela Perez. That’s because physicians at the region’s Level I trauma center have seen firsthand how much progress Angela has made with her addiction. 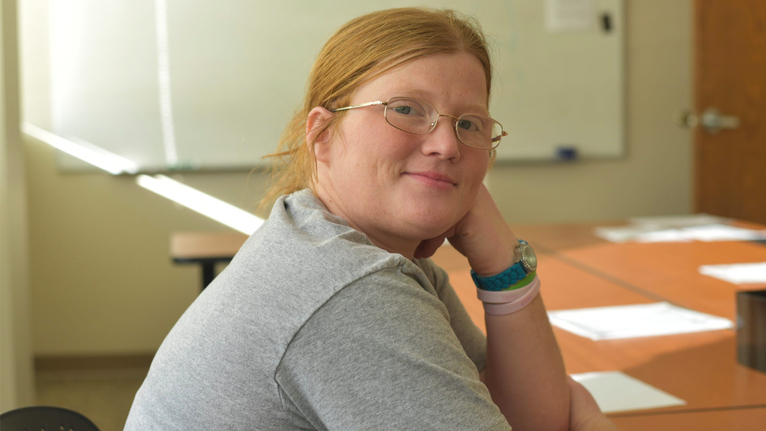 Four years ago, the Delhi mother was what she called an “ER hopper” seeking to treat the pain from a congenital kidney disease and a car accident—and eventually, her addiction.

Four years ago, Angela knew her addiction was becoming a serious problem, which eventually led her to treatment at UC Health Addiction Sciences and the first to reach Level V in the program.

Angela Perez, an Avondale native turned Delhi mom, was born with a medullary sponge kidney. This congenital disorder can cause numerous kidney stones and urinary tract infections, with lots of visits to the doctor.

When Angela was 18 years old, she was in a bad car accident that shattered her right leg.

Over time, as Angela’s tolerance for painkillers went up, so did the stress of finding her next prescription. In 2016, with her only child, Veronica, in preschool, Angela knew she had to make a change. It was the painkillers or it was her daughter — it could no longer be both.

“I picked my daughter before I would pick the drugs,” Angela said.

Angela decided to call 241-KIDS, a hotline to the Hamilton County Job and Family Services, to report the risk presented to her daughter. They put Angela and Veronica on a safety plan, which ended after Angela referred herself to UC Health Addiction Sciences.

After completing IOP, Angela was successful in stabilizing and managing her long-term recovery by continuing regular group counseling, individual therapy and medication for her opioid use disorder. Initially she had appointments every week, but she was able to decrease her frequency of attendance gradually over time.

“The one thing that I really love about Dr. Wilder is that she never left me. She takes the time to always talk to me. She’s always there,” Angela said.

Angela now comes to UC Health every three months for an appointment with Dr. Wilder, an appointment with her individual counselor. She also attends group therapy once a month—a treatment component that is especially beneficial for substance use recovery, as it can inspire those just starting out and diminish the feeling of isolation.

“Group is awesome. With me, I really enjoy group. If someone is in group and you can tell they are just starting, and if I can help that person, that’s all that matters,” Angela said.

Angela has been sober all four years she has been a patient at Addiction Sciences. In Angela’s treatment program, patients increase their level of treatment based on their length of sobriety and their regular attendance at appointments, starting at IOP and moving towards Level V.

“Angela was our first patient to reach Level V, which means she not only didn’t use any drugs or alcohol but she also never missed an appointment for two years straight, which is pretty impressive,” said Dr. Wilder.

“I’m Level V and I plan to stay there,” Angela said.