My Diagnosis Does Not Define Me

Subtle symptoms appeared in the midst of Jill Ford’s normal routines. An avid tennis player, Jill suddenly found it challenging to grip the handle of her racquet. 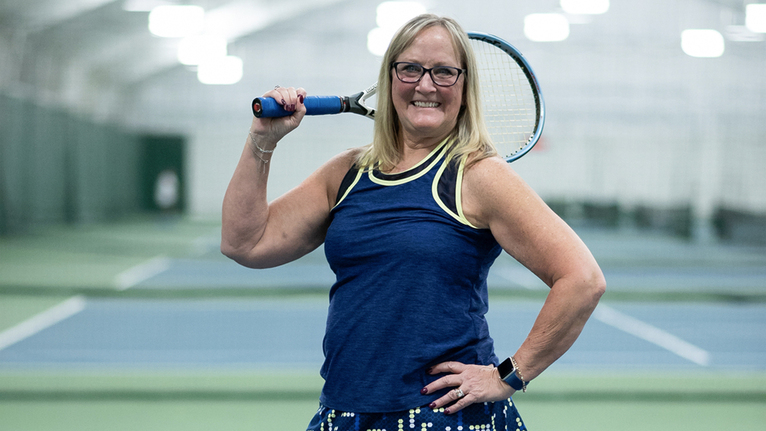 Her right hand was affected—Jill watched in confusion as her once-neat handwriting at times became difficult to read, and she began to notice an occasional tremor in the hand as well.

“It was like the strength just left my hand. Completing anything involving fine motor skills became difficult, sometimes impossible,” Jill said. “That’s when I knew something was off.”

Armed with a physician referral from a close friend, Jill met with Cara Jacob, MD, UC Health neurologist at West Chester Hospital and assistant professor of neurology at the University of Cincinnati College of Medicine.

At age 53, Jill Ford was diagnosed with Parkinson’s disease, a progressive neurodegenerative disorder that may cause tremors, slowed movement, stiffness and changes to walking, among other symptoms.

Approximately 60,000 Americans are diagnosed with Parkinson’s each year, and nearly one million people in the U.S. are living with the disease, according to the Parkinson’s Foundation.

Parkinson’s is caused by a loss of nerve cells in the brain which produce dopamine. While there is currently no cure, the disease can be treated with a wide array of options. For Jill, a low dose of medication worked; her symptoms rarely ever show. 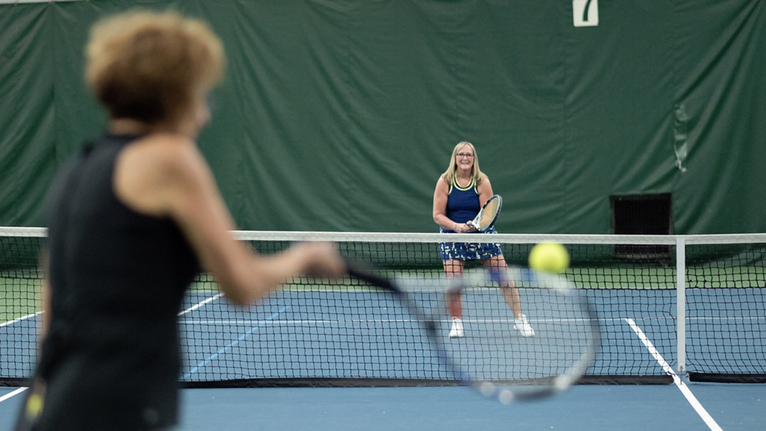 “People look at me in disbelief when I tell them about my diagnosis,” Jill said. “There’s a misconception of Parkinson’s being a devastating, uncontrollable disease, and that’s just not the case. Symptoms present differently and depend on the patient and disease stage. I chose to not tell anyone outside my close family about my diagnosis until I was able to encompass it and fully know what I was dealing with — and what my future would look like.”

Dr. Jacob’s optimistic outlook lifted Jill’s spirits and has kept her confidence high for six years now. “Dr. Jacob is incredibly encouraging and helped me understand the promising scope of possibilities out there to treat Parkinson’s… if one path didn’t work out, we’d simply try another.”

“The symptoms of Parkinson’s can often be managed through a variety of different treatments including medications, supportive therapies, exercise and in more-advanced cases, surgical options,” Dr. Jacob said. “I often tell my patients that while there may be bumps in the road, we will tackle those together to best manage their symptoms over time.”

Jill and Dr. Jacob mapped out a path for the future and as it unfolded, Jill felt grounded and prepared. Life regained normalcy—Parkinson’s was reduced to following up with Dr. Jacob as needed and taking a couple of pills each day. 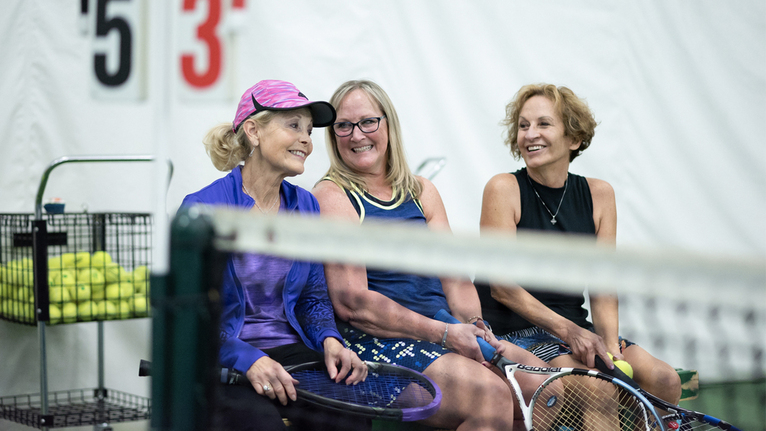 “When I was first diagnosed, my biggest fear was of people looking at me differently,” Jill said. “But now I don’t live my life worried about Parkinson’s, because my diagnosis does not define me. The support of my husband and children was so important when I was diagnosed – they truly were my ‘rocks’.”

Jill encourages anyone with Parkinson’s disease to keep moving, no matter what. She continues to play tennis, which is good for hand-eye coordination, and she also works out three times a week with a personal trainer who targets exercises that strengthen capabilities that Parkinson’s disease often inhibits.

“Jill is the perfect example of a patient who lives well with Parkinson’s,” Dr. Jacob said. “We have so many patients who live active, full lives with Parkinson’s. It’s important to showcase that positive side to people—it takes some of the fear out of the diagnosis.” 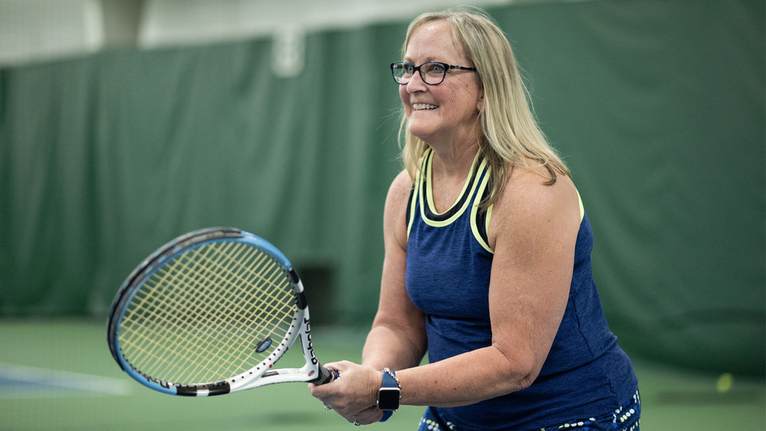 Research Paves the Way for a Brighter Future

New paths continue to be laid as researchers conduct clinical trials and discover new methods for diagnosis and treatment of movement disorders. Dr. Jacob is one of several experts treating patients and participating in research trials at the Gardner Center for Parkinson’s Disease and Movement Disorders at UC Gardner Neuroscience Institute. The team of specialists and subspecialists provide comprehensive assessment and treatment of all types of movement disorders.

For the name of a neurologist who specializes in Parkinson’s disease and movement disorders, call 513-298-DOCS (3627). To learn more, call the UC Gardner Center for Parkinson’s Disease and Movement Disorders at 513-475-8730.