Dick Weiss, 72, was always adamant about having an annual physical, which included prostate cancer testing. 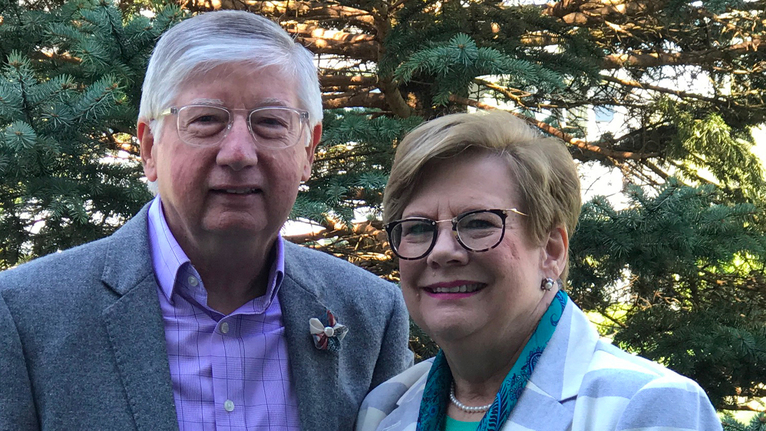 However, in May 2017, this routine test turned into something a bit more alarming when his prostate-specific antigen, or PSA, test came back higher than normal.

PSA is a protein made by both normal and cancerous cells of the prostate gland and can help detect cancer through a blood test.

Dick was retested by a local urologist, and results were the same—he was sent for a biopsy and was told he had prostate cancer. While he had some time to make decisions about treatment, he was told to start looking into options.

“My wife, Mary Beth, saw that there was a support group in Blue Ash for men with prostate cancer, and I started attending. Dr. (James) Donovan from the University of Cincinnati was often at these meetings providing information, which I found very helpful,” he said. “At one of the meetings, Dr. (Abhinav) Sidana gave a presentation on new procedures UC was offering to treat prostate cancer. I was very impressed with data he presented and was intrigued enough to find out more.”

The procedure Dr. Sidana was speaking about is focal therapy, which only UC Health offers in the Greater Cincinnati and Northern Kentucky regions.

“In most prostate cancer cases, less than 25 percent of the prostate is affected by the cancer; yet, until recently, we had no way to treat the cancerous area only, so the entire prostate would be removed as an alternative. Removal or radiation of the entire prostate puts the patient at a significant risk of developing urinary issues or erectile dysfunction,” says Dr. Sidana, an assistant professor of surgery at the UC College of Medicine, director of urologic oncology at UC Health and a member of the UC Cancer Institute.

“With focal therapy, which is similar to a lumpectomy for a breast cancer patient, we are able to target the cancerous area only, treat it more effectively and save healthy prostate tissue to limit side effects.”

Dr. Sidana says focal therapy involves the use of MRI scans as a guidance tool to find the cancer and special equipment to freeze or burn and kill it.

“I thought it was fascinating how they use MRI to overlap the scans and pinpoint treatment to the exact spot of the cancer,” Dick adds, noting that he asked Dr. Donovan, a professor of surgery at the UC College of Medicine and the division chief of urology at UC Health, to set up an appointment with him and Dr. Sidana.

“When I arrived, the team had already reviewed my MRI, which had been done prior to my appointment, and they were ready to speak with me about my options,” he said. “I was so impressed because I learned that UC Health has a prostate cancer multidisciplinary clinic—a whole team of experts including radiation oncologists, radiologists, surgeons and pathologists meeting to discuss each case. They then provide information and opinions to the patients. I wasn’t just getting one person’s opinion—I had a whole team working for me. And they were ready with a plan of attack.”

On Jan. 16, 2018, Dick underwent focal cryoablation to eliminate his prostate cancer. Cryoablation involves inserting needles in the prostate that freeze prostate tissue by releasing gases such as argon and helium.

By February, his PSA numbers were down to 5.5 (12.3 before the procedure), which was a success—and a number for which Dr. Sidana and Dick were hoping. Dick also had a prostate MRI and biopsy six months after the procedure to confirm absence of cancer.

“My PSA has remained in that range,” he said. “My side effects were minimal after the procedure; I hardly had any pain, and I’ve been in good health since.” 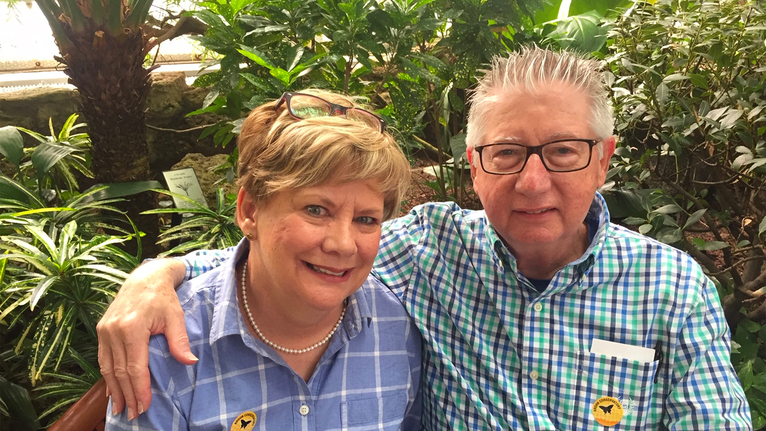 Now, Dick is looking forward to celebrating his golden anniversary—50 years—with his wife in June.

“I couldn’t have asked for a better care team or physician in Dr. Sidana,” Dick says. “I had, and have, complete confidence in him and his knowledge, and he had a great bedside manner additionally. We’re lucky to have these experts and innovative procedures available in Greater Cincinnati.”