Planning the Best Future for You and Your Family 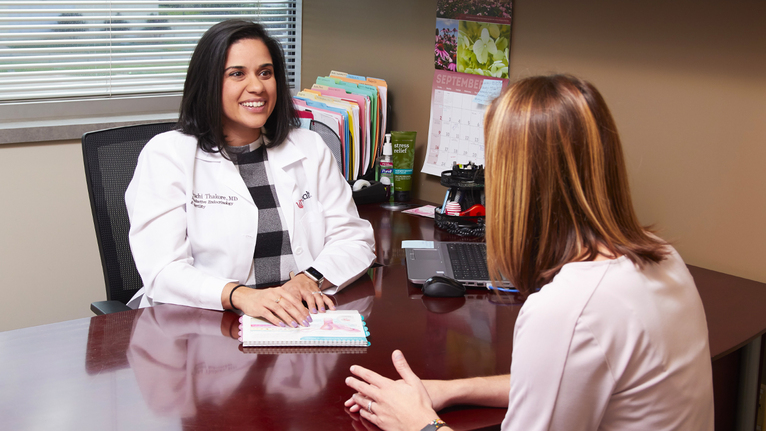 Egg freezing is a clinical reproductive method that has been performed for decades, typically in patients undergoing medical interventions during chronic disease treatment such as chemotherapy and radiation, which can cause infertility. In 2014, the FDA approved a cryopreservation method called social egg freezing, or elective oocyte preservation. Women are now able to plan their reproductive future without having a severe medical condition in order to qualify for the procedure.

Why is social egg freezing important?

Women have progressed over the past 40 years by obtaining higher educations or qualifying for higher professional advancements, and subsequently, are delaying family planning to achieve those goals. While we have advanced and evolved as human beings, our bodies are stuck in the stone ages in that our reproductive potential is bound to our age. Many women today are waiting until after age 35 to start their families; the number of live births of women ages 35 to 39 has increased by 150% over the last 15 years; and a sharp rise has occurred in mothers delivering between the ages of 40 and 44. People are waiting later and later to start a family for a variety of reasons. With the population more aware of the financial burden of having children, many individuals and couples are delaying childbearing until they’re more economically stable to support a child.

How does the treatment process work?

Every month a woman will produce one mature egg (oocyte). With social egg freezing, the hormone medication regimen we implement tricks the body into producing 15 to 20 eggs in one month. The surgical process involves removing the eggs from the ovary, placing the eggs under a microscope to determine which are mature enough to be frozen. Only mature eggs can be fertilized with sperm to create a pregnancy. “Flash freezing,” also called “vitrification,” is used, because studies have shown that it is more successful than other methods as it causes less damage to the cell. The eggs are frozen within minutes and stored in liquid nitrogen until their use. When a patient decides not to use the eggs within the next two years, the eggs are stored for later use. When the patient is ready for pregnancy, the eggs are thawed and immediately fertilized to create embryos. Social egg freezing is a same-day procedure and patients are usually in and out of the office within an hour. Eggs are extracted through the vagina using a needle, so the common risks are minor (e.g. slight bleeding, spotting or abdominal cramping). Patients may feel a little groggy due to anesthesia, but can return to normal activities the following day.

How does this differ from embryonic preservation?

The most-aggressive fertility option is called in-vitro fertilization (IVF). It is the same process of obtaining eggs, but rather than freezing the eggs, sperm is added and embryos are thereby created and can be used immediately or placed into cryopreservation for future use.

How do fertility rates drop as we age?

During our 20s and 30s, a woman’s monthly ability to become pregnant is about 20-30%. In the 40s, that ability drops significantly—to a mere 5% chance per month. Fertility rates decline about 1-4% each year before the age of 35. After age 35, fertility rates reduce about 15% per year, and after age 40, rates drop approximately 30% each year. It’s a significant decline after age 35, yet most women are waiting until after age 35 to start their families.

What is the cost of social egg freezing?

Average costs around the country are $7,000 to $10,000. One of the cons with social egg freezing is that we cannot give anyone a 100% guarantee; however, we do give a 100% guaranteed better chance of a successful pregnancy. There is an initial up-front cost, and if the patient chooses this option young enough, chances are she will only need to do the process once. Otherwise, if a woman has fertility issues in her late 30s, she may have to go through the process multiple times to achieve a pregnancy. For example, a regular IVF cycle costs an average of $15,000 to $20,000 including the cost of medications. If a couple needs multiple cycles of IVF the financial expense grows exponentially. Emotional burden should also be considered: social egg freezing offers peace of mind for women in case they encounter future difficulties becoming pregnant.

Is it safe for the baby? What are the success rates?

Yes, it is safe. Studies completed on IVH babies and those born through egg freezing do not indicate an increased risk of chromosomal abnormalities or birth defects. Who is the best candidate for social egg freezing? I recommend that any woman in their early 30s who isn’t planning on starting a family in the next three to four years consider exploring the risks and benefits with a reproductive specialist. It’s important to make a well-educated decision about future fertility.

To schedule a consultation, please call 513-475-7600 or visit uchealth.com/fertility.