Treating Epilepsy: Now and In the Future

Here is what you need to know about epilepsy and the types of treatments that are available for it. 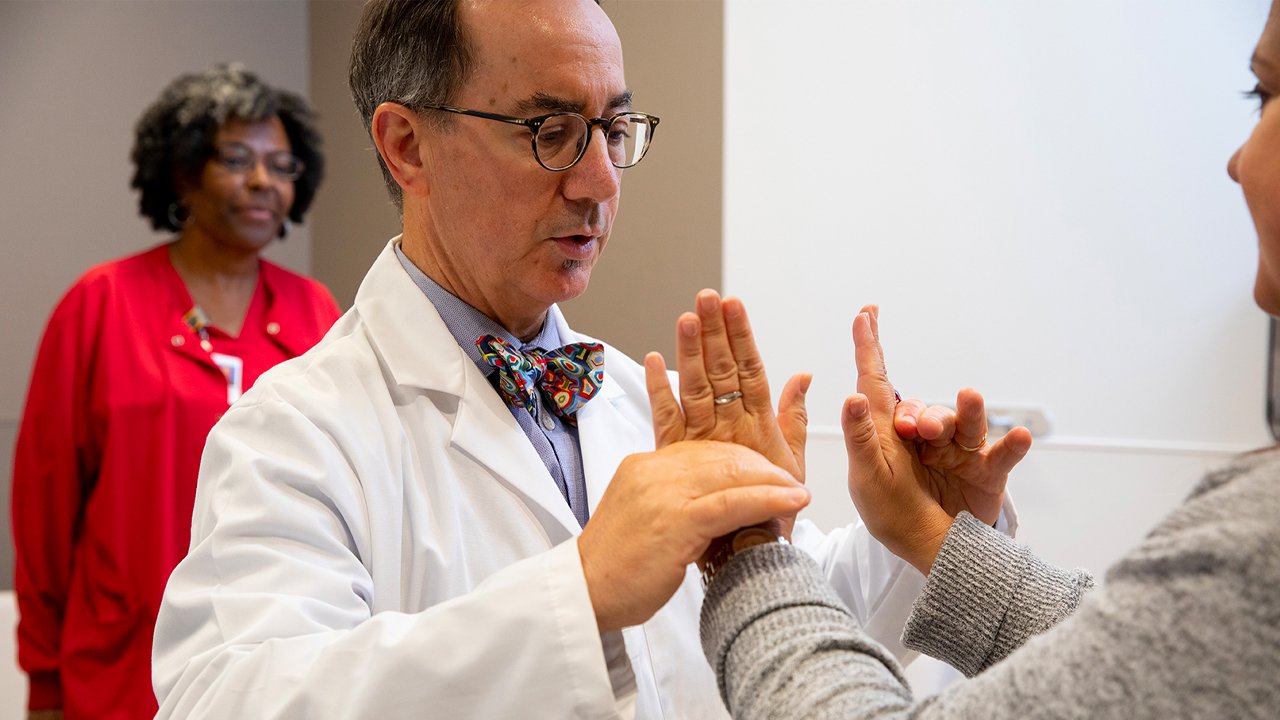 Epilepsy is a disorder characterized by recurrent, unprovoked seizures. A seizure occurs when there is a surge of electricity in nerve cells in the brain that results in clinical symptoms. Those symptoms may include movements, jerking, unusual sensations or simply a loss of awareness. The terms epilepsy and seizure disorder mean the same thing. More than three million people in the United States have epilepsy. Studies show that in about half of people with epilepsy, medications do not completely control seizures. This is referred to as medication-resistant or refractory epilepsy.

What are the treatment options for epilepsy?

Do seizure medications have many side effects?

What is medication-resistant or refractory epilepsy?

If the patient is already seeing a neurologist, why would they need to go to an epilepsy center?

The key element of an epilepsy center is usually an inpatient epilepsy monitoring unit, or EMU. In these units, patients are monitored continuously with video and EEG. Medications are often reduced to bring seizures on. That way a seizure can be studied second by second for behavior and EEG. This allows precise mapping of the part of the brain where seizures start as well as the patterns that seizures spread throughout the brain. Most importantly, for people with epilepsy, the EMU can determine whether their seizures are focal (start in a particular part of the brain and then spread), or generalized (start in the whole brain at once). Whether the seizures are focal or generalized determines which medications may work the best. Many people who come in to an EMU may have episodes that look like seizures, but do not have seizures or have epilepsy. Attacks that mimic seizures may be caused by heart problems, sleep problems or psychological problems. This is very important to determine because anti-seizure medications do not work in these non-epilepsy conditions, and can have unwanted side effects. In some people with epilepsy who have not responded to medication, surgical treatment can provide a very effective and safe option.

Who is a candidate for epilepsy surgery? What surgical options are available?

Traditional epilepsy surgery involves precise mapping of the area of the brain where seizures start, and then additional mapping to be sure that removing that portion of the brain would not adversely affect speech, memory, movement, sensation or other critical brain functions. Several different studies including brain imaging with advanced MRI, brain blood flow tracers, brain metabolic tracers and sometimes seizure recording and mapping with intracranial electrodes are needed. This type of advanced surgical planning is best accomplished by an experienced and comprehensive team at an epilepsy center. The team at the UC Gardner Neuroscience Institute Epilepsy Center has more than 30 years of experience in these advanced evaluations and surgical treatments. Our multidisciplinary team has over a dozen physicians with advanced training in epilepsy treatment. Over the last several decades, epilepsy surgery has become more effective and safer than ever before. In many cases, a patient who has little or no chance of ever becoming seizure free with additional trials of medication may have a 70% or better chance of becoming seizure-free with surgery. More recently, several different devices have become available for treatment of epilepsy when medications have been ineffective. These include vagus nerve stimulation, responsive neuro stimulation and deep brain stimulation.

What are the most important issues affecting people with epilepsy?

Surveys of people with epilepsy show that seizures can have a wide range of effects on their lives. Patients strive to feel normal because of the ever-present fear of having a seizure. Seizures are almost always unpredictable, so having seizures often limits the kinds of jobs people with epilepsy can have and often limits their ability to drive. Even activities like taking a bath or climbing up on a ladder can be dangerous. Many people with epilepsy find it difficult to hold a steady job and may miss days of work. Having epilepsy increases the risk of depression and anxiety. It is important for patients to report symptoms of depression and anxiety to their health care providers so that they can be treated appropriately.

What research is on the horizon to help people with epilepsy?

New anti-seizure medications are constantly being developed and tested. As we learn more about chemicals in the brain that control the behavior of nerve cells, medications that modulate these chemicals may be able to stabilize nerve cells and prevent seizures. Cannabidiol (CBD) is a component of marijuana that has been proven to reduce the frequency of seizures in many cases. The UC Gardner Neuroscience Institute was instrumental in many of the studies leading the FDA to approve cannabidiol as a seizure treatment. Our team at the UC Gardner Neuroscience Institute Epilepsy Center has been involved in more than 40 studies of new epilepsy treatments. Our team is evaluating and using new and better surgery methods. We are using precisely-focused, laser-induced heat to ablate a seizure focus, which may lead to fewer complications from epilepsy surgery. The success of stimulation devices in epilepsy is leading to more research in this area. Our team has been working for several decades on studies to determine which anti-seizure medications are safest in pregnancy, and how seizures change during and after pregnancy.

What about research to predict when seizures might happen?

Our team at the UC Gardner Neuroscience Institute has invested several years of research into seizure prediction. In a study using daily diaries from people with epilepsy, our team found that some patients may be able to predict when the risk of a seizure is higher. We are currently planning several large scale studies using diaries along with information provided from wearable devices to identify times of high seizure risk. If a person with epilepsy knew that the risk of seizures was high, they might be able to avoid risky activities, make sure they are not left alone or alter medication dosage with guidance from their healthcare provider.

Can someone die from seizures?

A rare but devastating effect of seizures can be sudden death. This is known as sudden unexpected death in epilepsy (SUDEP). It is estimated that about one in 1000 people with seizures that are not controlled with medication may die from SUDEP. The biggest risk factors are having generalized tonic-clonic seizures, having seizures at night and not being compliant with medication. A major area of research at the UC Gardner Neuroscience Institute Epilepsy Center is to identify and reduce the risk factors for SUDEP.

Epilepsy can affect people’s lives in many ways. At the UC Gardner Neuroscience Institute Epilepsy Center, we are constantly working to improve the lives of people with epilepsy. We provide expert and compassionate care, match treatments to an individual’s needs and are constantly striving to discover new, more effective treatments for epilepsy.