Mother and vice president at Saint Ursula Academy reflects on the “miracles” that led to her successful breast cancer treatment. 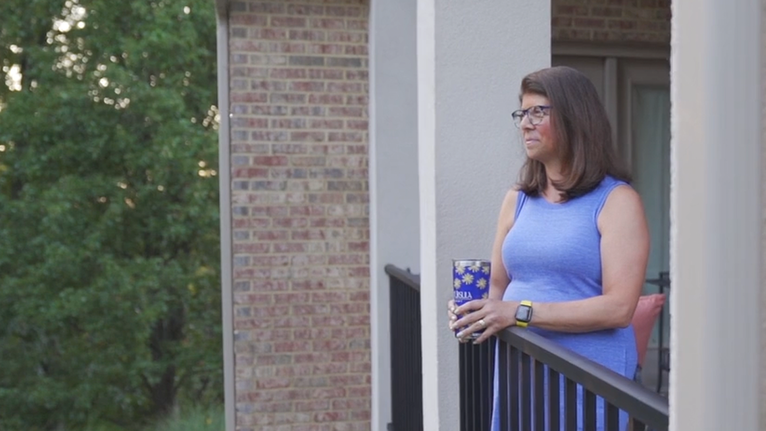 As 49-year-old Andrea G. Brunsman walks through the hallways of Saint Ursula Academy, she can’t help but think back to the crucial spring afternoon that saved her life.

On May 11, 2021, the UC Health Mobile Mammography Unit was scheduled by the school nurse to be outside in front of the all-girls high school in East Walnut Hills, a small suburb north of downtown Cincinnati, Ohio, and minutes from the UC Cancer Center.

Andrea returned to Saint Ursula Academy, her alma mater, two years earlier and started her new role as vice president of ursuline identity and campus ministry. She wanted to give back to the school that made an indelible impact on her life 30 years earlier. In addition to serving on the board of trustees, Andrea’s daughter and two nieces attend Saint Ursula Academy.

The UC Health Mobile Mammography Unit offers women in the region a convenient way to receive screenings without having to come to the hospital. UC Health’s unit also offers 3D mammograms, a more advanced screening with more accurate results.

As a wife, mother of two and high school staff leader, Andrea knew this would be an opportune time to get her annual screening, especially since she hadn’t had one due to the COVID-19 pandemic.

Andrea scheduled her appointment online thanks to her school nurse. It was a fast and easy process – 15 minutes in total. She received a follow-up call from UC Health a few days later while on school retreat with seniors. Her 3D mammogram had showed a subtle abnormality that her radiologist wanted to evaluate.

“I found out on the very last day of school that they (UC Health) needed me to come in and look at some things,” she said.

Andrea had a biopsy, and two days later, she received a call saying that the biopsy showed that she had breast cancer. One of her dear friends and colleagues held her hand when her doctor shared the news.

What was supposed to be a quick, routine screening turned into miracle event for her.

“Andrea had an unusual breast cancer called invasive lobular carcinoma, which is only about 10% of the breast cancers we diagnose,” said Annie Brown, MD, UC Health breast radiologist and assistant professor in the Department of Radiology at the University of Cincinnati College of Medicine.

When Andrea first heard the news, she was scared, wondering how this would affect her life. Would she even survive? Would she be able to be the active wife, mom and aunt she was called to be? 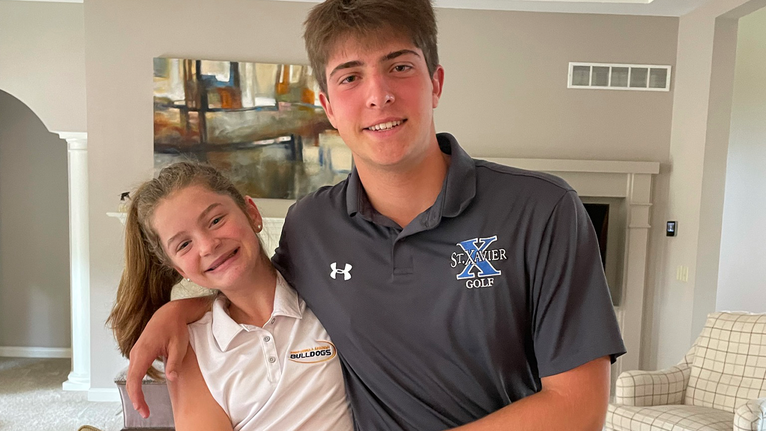 Andrea’s 17-year-old son handled the news well knowing the cancer was highly treatable, while her 14-year-old daughter struggled with the diagnosis, wondering if her mother would be OK.

Despite the traumatic news, there was hope for Andrea. Thankfully, because her breast cancer was detected early enough through the 3D mammogram, it was highly treatable. This early detection saved her life.

After the positive experience with the UC Health Mobile Mammography Unit, she decided to begin her cancer treatment at UC Health, the region’s No. 1 preferred provider of cancer care. Andrea was also sold on UC Health because of the advanced technology used at the UC Cancer Center. For example, her MRI at UC Health took only 20 minutes compared to the standard 40-minute MRI. She also appreciates the teaching aspect with UC Health being Greater Cincinnati’s adult academic health system. As an educator herself, she likes the expertise and knowledge that comes from UC Health’s specialists and subspecialists.

“The doctors are top-notch,” Andrea said. “They are experts in women’s health – not just breast cancer. I like knowing the research and the background of information.”

Because her cancer was caught early enough, Andrea didn’t have to go through chemotherapy. If the cancer had been found any later, she would have had to have it, making her treatment more challenging emotionally and physically.

“We met (as a care team) and discussed her options,” said Jaime Lewis, MD, UC Health surgical oncologist, medical director of breast surgical services at West Chester Hospital and associate professor in the Department of Surgery at the UC College of Medicine. “Andrea really considered what she wanted to do and after undergoing some additional imaging to ensure the cancer was only in one area of her breast, she decided to undergo a partial mastectomy as well as a sentinel lymph node biopsy.”

A partial mastectomy (often referred to as a lumpectomy) removes only the portion of the breast containing the cancer while a sentinel lymph node biopsy is a procedure in which certain lymph nodes are identified, removed and examined to determine whether cancer cells have spread beyond the breast.

The procedure was successful, safely removing her cancer. Andrea had a follow-up surgery to ensure as much of her cancer was removed as possible.

Andrea continued to undergo radiation for three weeks while her team was accommodating to her work schedule so she could come in at 8:40 a.m. each morning and not miss much time back at school. She’s also the team mom for the varsity golf team at Saint Ursula Academy. Plus, this allowed her to continue to root for her kids in golf, nephew in soccer and niece in volleyball. 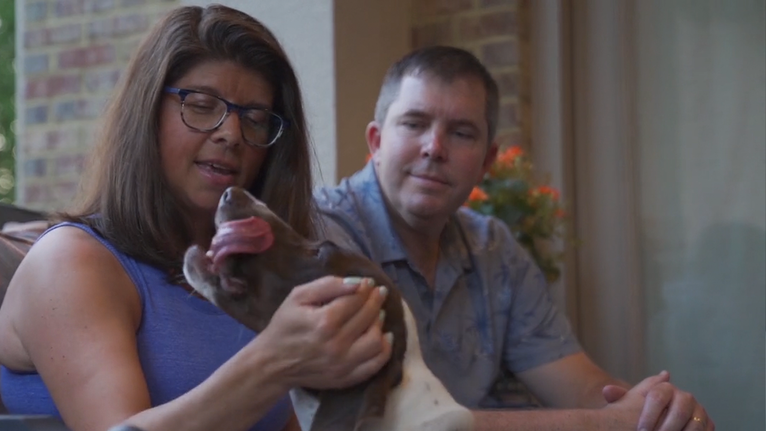 Throughout all of her treatments, her husband has been by her side to help her absorb the information her care team explained, and her children have continued to be her biggest supporters.

Andrea remains appreciative for her two miracles. The first miracle was going to the UC Health Mobile Mammography Unit, and the second was when her cancer was detected early enough so it could be treated more easily. She has one simple message for other women: get your screening mammogram. Although it can seem like a scary process, it’s easy and it’s lifesaving. It’s also better to get the results earlier than later.

“Everyone at UC Health has been so kind and has relieved a lot of anxiety,” she said. “It’s not hard. Get your 3D mammogram!”

Even though her cancer journey isn’t entirely over, Andrea gets hope from a lot of places. Knowing her cancer is highly treatable, hope from her care team and also hope from her family. Her care team continues to meet at their tumor board to discuss her case and how they can offer her the best path forward. She also had a MammaPrint completed, which is a genomic test using the cells from the cancer itself to predict the chances of cancer reoccurring. Her results came back at 97.8% that her cancer will not return, giving her even more hope. Andrea has faith and hope in God and her family. They will get her through this.

“UC Health is always on top of things, making sure I am safe. Everyone is so nice and helpful,” Andrea said.

Fifteen minutes can save lives, just like it did for Andrea. To learn more about the UC Health Mobile Mammography Unit, call 513-584-PINK.