Steve & Diana's Story: Hope Through Each Other

Steve Abbott knew when his father was diagnosed with an aggressive form of prostate cancer, he would one day need to be prepared for it too. 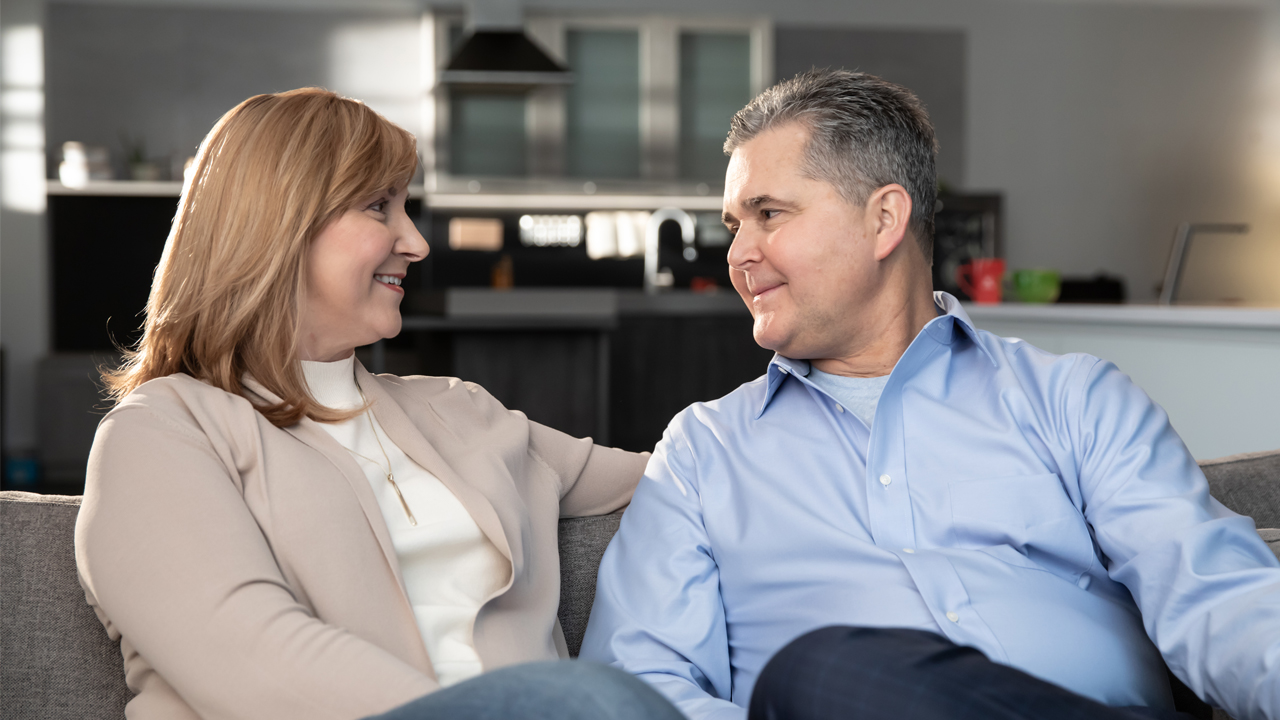 The day of his first screening, he took off work with plans to go to a concert later. It was going to be a great day.

So when the urologist told him he likely had cancer, Steve was shocked.

“And I just remember sitting there—it was like the room was spinning,” he said.

Steve, and his wife, Diana Abbott, turned to UC Health for his cancer care journey.

A biopsy and tests confirmed that Steve himself had an aggressive form of prostate cancer, just like his father. Surgeons removed his entire prostate gland, but it quickly became clear that his cancer was not cured.

Steve, with the support of Diana, braced for more treatments in the months ahead.

“The first thing we did was just reach for each other,” Diana recalled.

A few courses of therapies did not cure Steve’s cancer. Around the time a new hormone therapy began showing positive results, Diana found a lump in her breast.

A mammogram confirmed their fears—Diana had cancer, too. Again, the couple turned to UC Health.

“It was a dark day, but we knew how to get through it. We had been through it,” she said.

“The very first visit I had with Dr. Lower, she reached over and she touched my leg, and she said, ‘We’re going to get you through this. This is going to be a blip on the map,’” Diana said.

“When he first comes into the room, we don’t even talk about cancer. We talk for the first 15 minutes about sports, music. What that reminds me of is that cancer does not define my life,” he said.

Steve, still battling his cancer, says hope has allowed him to see that he is more than his diagnosis. It sustains and uplifts him as his journey continues. The chief financial officer of a hotel in Tuscany, Steve still traveled to Italy on vacation with Diana. Life hasn’t stopped.

“Hope gives me the energy, the positive energy I need to live my life the way I want to live it with this,” he said.