Nothing can keep runner Tammy Unger of West Union, Ohio, from doing what she loves, not even a stroke. 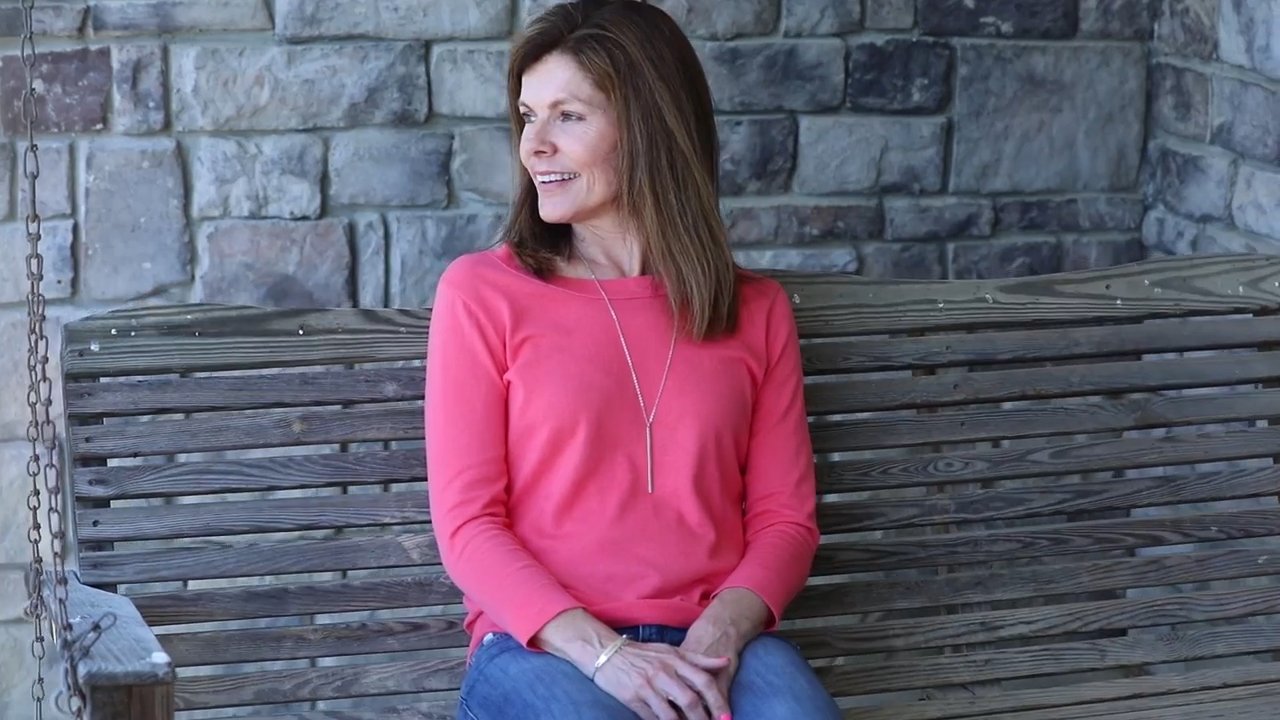 Exactly five months after suffering a stroke, Tammy crossed the Flying Pig Marathon’s “Finish Swine” with a new personal record for the half marathon.

“I have a new perspective on everything; my daughter calls me Mary Poppins. I love to feel the rain on my face—the sunshine—and running just feels so good for my body; I had to keep doing it,” says the 51-year-old grandmother of three.

A successful run and time with her family means a lot more to Unger since Dec. 6, 2017. She had stayed up late the night before, writing out Christmas cards, going to bed just after midnight. When she awoke the next morning around 6:30 a.m. something wasn’t quite right.

“I opened my eyes and was seeing like a kaleidoscope, blocks of six, so I didn’t get up right away … next thing I remember, my husband was standing over me waking me up and that was around 8 a.m.,” she said.

At her husband’s urging, Unger went to nearby Adams County Hospital and was ultimately transferred to UC Medical Center.

“Immediately two or three nurses came to my assistance, and I got amazing care from the residents and head intern.”

To Daniel Woo, MD, professor of neurology, a member of the UC stroke team and a UC Health physician, the kaleidoscopic symptom was definitely unusual, but not out of the question as a symptom of stroke.

“I’ve seen it maybe one other time in my career, and Tammy has a history of migraines, so a lot of people might have passed this off as a migraine event. Upon review, we were concerned it could be a stroke, so we sent her to get an MRI … and sure enough, her results showed a stroke. Because of where in the brain the stroke occurred, that could explain the kaleidoscopic visual disturbances,” said Woo.

“Nevertheless with this and her age being young for stroke, it made me concerned she was at risk of having a big stroke in the future, and so that included a detailed look at her heart and other labs to make sure there wasn’t anything affecting her coagulopathy [blood clotting].”

After being treated, one of her first questions to Dr. Woo was, “Can I run?” He said yes, as long as she took it slowly. And no marathons (yet).

“So five days later, I grabbed a couple friends, and we went running for the first time since my stroke,” Unger said.

Unger closely followed doctor’s orders while training for the May 2018 Flying Pig half marathon. “I felt great, and it just so happened that the race day was my fifth month stroke anniversary, so it made it even more special to me,” she said.