An Attitude of Gratitude: Sherry Hughes Shares Her Story of Overcoming Breast Cancer

WCPO-TV meteorologist and journalist overcomes breast cancer thanks to combination of successful treatments at UC Health.

“Every day is a gift. Instead of thinking about what you don’t have, consider what you do have and be grateful for it. ”

Certainly Sherry Hughes has a lot to be grateful for. A native of Oakley, South Carolina (near Charleston), Sherry has worked at television stations all over the country. She moved to Cincinnati, Ohio, in 2011 from Tampa Bay, Florida, where she met her husband Myron, a former University of Cincinnati Bearcat forward and professional European basketball player turned entrepreneur. For the last decade, Sherry has been a well-known meteorologist and journalist at WCPO-TV, ABC’s affiliated news station here in Cincinnati. She’s also a devoted sister, aunt, friend and Cincinnati Youth Collaborative mentor. And, recently, she added another descriptor: breast cancer survivor.

“I think of my mom as the Black Jackie O,” Sherry explained. “She was beautiful – and a fashion designer without a college degree. She was physically fit, healthy – a great mom and a great teacher. No one in our family had had breast cancer, so there was no history of it.” She went on, “I don’t think my mom lost a battle. I think she won because she taught me so much about how to fight and how to be strong. I think of myself as finishing up the battle for her, not just myself but for her as well. We won the war.”

On July 30, 2019, Sherry received her own news: she, too, had breast cancer – specifically, invasive ductile carcinoma.

“The journey to finding my cancer was interesting.”

“I have a wonderful relationship with my gynecologist, Dr. (Amy) Thompson, and we were discussing options for preventative care and testing given my mother’s history. I had regular mammograms and nothing had been detected. When we started talking about my history and other options, eventually she sent me for a breast MRI,” said Sherry.

When Sherry moved to Cincinnati, she found Amy M. Thompson, MD, associate professor in the Department of Obstetrics & Gynecology at the UC College of Medicine and a UC Health physician, online first. “I looked at her and felt, ‘that’s her.’ The very first time I met her, I felt that she was the right choice. She knows I’m going to ask her a lot of questions when I come and she never rushes me. She is my partner in my health – and, she is small in stature, but she is a dynamo and a fighter. I made the absolute best choice in a doctor.” Once Sherry completed the MRI, surprisingly, it detected something suspicious. She was sent in for a 3D mammogram but it did not reveal anything. A second mammogram also did not reveal the suspicious area. Considering Sherry’s dense breast tissue, an ultrasound was ordered to get a biopsy of what had been seen. She credits Su-Ju Lee, MD, associate professor in the Department of Radiology at the UC College of Medicine, director of the breast imaging fellowship and a UC Health physician, for her persistence and expertise. “Dr. Lee searched for it (the image they had seen on the MRI) until they found it. When they finally did, Dr. Lee looked at me and asked, ‘Who is your doctor?’ When I shared that it was Dr. Thompson, Dr. Lee replied, ‘She saved your life.’”

At this moment, Sherry again recognized that her life was in God’s hands. She had been introduced to these physicians, this care team, for a reason. She refused to be scared; instead, she took a deep breath and moved forward. Together with her husband, her family, friends and church, Team Sherry Hughes emerged and together they would defeat this. 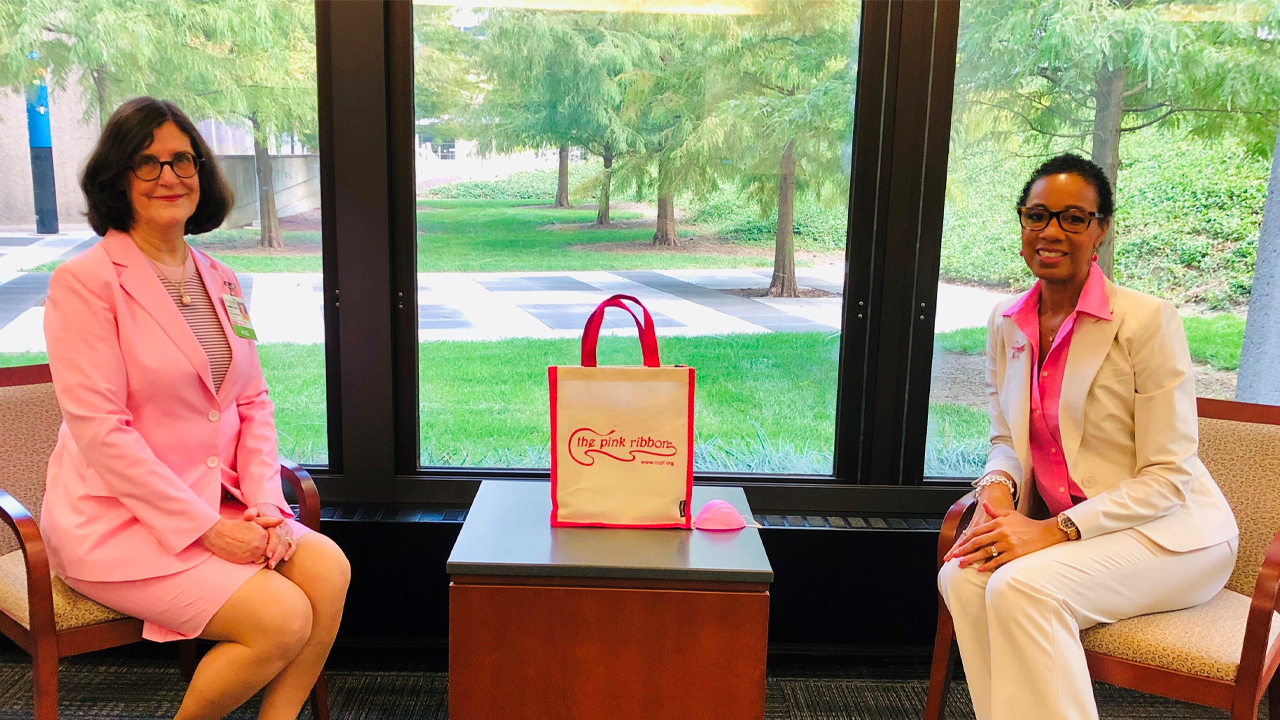 Soon after, Sherry met another important member of her team: Elyse E. Lower, MD, professor in the Department of Internal Medicine at the UC College of Medicine, director of the UC Cancer Center’s Breast Cancer Center and a UC Health physician. “She really is one of the best of the best,” Sherry said of Dr. Lower. “I walked into her office the same day that I found out I had breast cancer. She looked at me and said, ‘Let’s get one thing straight. You’re going to be alright.’”

Sherry believes that each person was put in her path for a reason. She credits her belief in God and her spirituality for preparing her long before she knew what she was preparing for. She recalls one particular moment that became particularly poignant during her cancer journey:

“I didn’t want to hear it at that time,” Sherry said. “But it gave me so much strength and courage in the years ahead. I lost my mom when I was just becoming a woman. She saw me graduate from college (University of South Carolina), and I’m grateful for that. But, I needed her beyond that. I’ve spent my entire adult life as a woman without her.” The passion that Sherry feels about her mother’s journey and her own now inspires her to encourage others. “I don’t want any other young girl, young boy or anybody to have to go through this,” Sherry explained. “I want to be the one to go out there and help others and give them hope. And my mom taught me that, overhearing her say that she had a good life. She wasn’t giving up. She was saying, ‘If this is it, I’m grateful.’”

Today, more than one year later, Sherry is in complete pathological remission. After treatments including chemotherapy, surgery, radiation and immunotherapy, her scans do not show any cancer or tumor. In fact, all tests show she is healthy and strong. She will tell you that she takes one day at a time. She focuses on being healthy and doing whatever she can to stay that way. And she appreciates each day.

“I believe God sends us angels,” Sherry said. “Whether it’s my entire health team or my social media family of followers and the WCPO viewers, I’ve been overwhelmed by the kindness of those who have been part of my journey." “I want to thank everyone for the support that I’ve received – it moves mountains. If it takes me the rest of my life to give all the love back I’ve received, that’s what I’m trying to do.”