UC Health Ambassadors Find Hope Through Each Other

Our patient ambassadors, all who found hope through each other, share their stories to inspire hope in others. 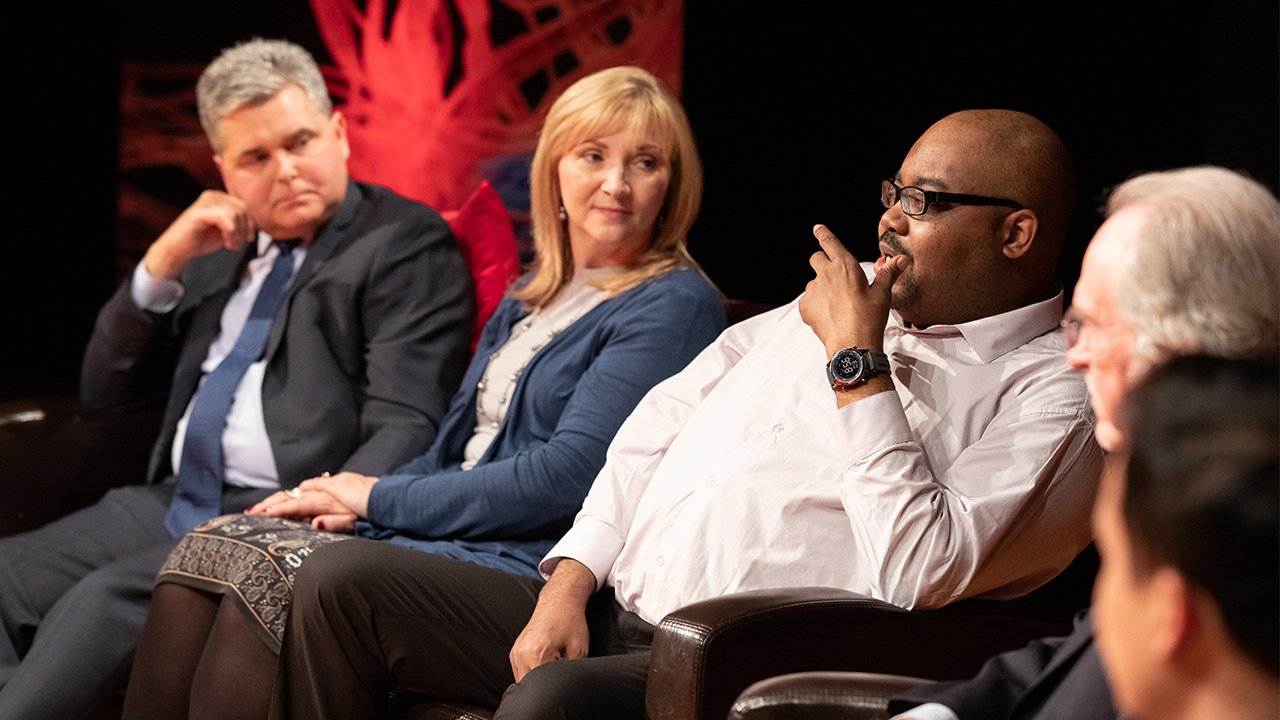 When Rasheen Cannon, a father from Mount Auburn with a failing kidney and heart, found out that the transplant experts at UC Health could help him, they provided hope in his darkest days.

When Steve and Diana Abbott, a married couple from Northern Kentucky, learned they were battling cancer at the same time, the care and support they received at the University of Cincinnati Cancer Institute gave them hope for a bright future together.

And when Quinn Nguyen, MD, an anesthesiology resident at UC Health, saw four people walk into his room to deliver the results of what he thought was a routine MRI, he trusted in the expertise of his doctors to help him overcome a rare form of cancer and finish his medical education.

These were just a few of the remarkable stories that came to light when UC Health embarked upon the Discover Hope project in fall 2018.

Rasheen, Steve, Diana and Quinn were among a dozen patients who volunteered to share their stories with the world, beginning with a unique roundtable event that brought these strangers together in one room at Cincinnati’s Aronoff Center for the Arts.

Over the course of several hours, they exchanged their personal stories of diagnosis, treatment and life with neurologic diseases, heart disease, cancer and other conditions.

That night in November 2018 marked the beginning of an incredible journey for these men and women.

Over the course of the next six months, they inspired hundreds of thousands of people with their stories about facing and overcoming adversity—and also created a community founded on the shared experience of finding hope when all felt lost.

And they made unexpected connections: as Steve listened to Quinn tell his story during the roundtable event, he realized that Quinn had been the anesthesiologist for his biopsy.

“The best part of this experience was to share stories with others with health issues and see the positive attitudes they had,” said Dave Parker, the former Cincinnati Reds baseball player and 1978 Major League Baseball National League MVP who is living with Parkinson’s disease.

As the patients began seeing their stories shared on social media, in television commercials, on billboards and in other media, something amazing happened—the public began to embrace them. The ambassadors found a community in each other as well, connecting to share their stories and creating a system of support on social media.

“We met new people, made new friends,” Steve said. “It’s been great fun being part of the program—and it’s been very rewarding as well.”