“My health was horrible. I was very sick.”

That’s how Linda Bingham describes her condition back in the summer of 1981. At just 32 years old, the single mother and City of Cincinnati employee worried that her life would abruptly come to an end. She also wondered who would take care of her young daughter if something happened to her.

Flash forward to April 2021, and Linda is alive and well — now 72 and happily married to her longtime husband, Dennis. Her daughter is an adult now, and she has a teenage granddaughter who she spends time with regularly. On Sundays, she goes to church, while other days she spends volunteering, shopping or going out to dinner.

All of this has been possible thanks to a successful kidney-pancreas transplant that took place nearly 40 years earlier.

Early Days of Her Diagnosis

Linda grew up in Sayler Park, a small neighborhood on the west side of Cincinnati, Ohio. From 1974-81, she worked for the Cincinnati Women, Infants and Children (WIC) Program, a special supplemental nutrition program offered through the Ohio Department of Health. In this role, she visited clinics around the city to give dietary and nutrition education to women and their children from underserved communities. Throughout her entire life, Linda has felt the importance of volunteering and giving back to the community.

In 1976, Linda gave birth to her daughter, Dawn, at UC Medical Center. She was often sick during her pregnancy. During that time, doctors discovered that Linda was suffering from kidney disease.

Over the next five years, Linda’s condition with her kidneys declined. She even went on dialysis in June 1981, which ultimately was unsuccessful. Her doctor referred her to UC Health, home to Greater Cincinnati’s leading-edge kidney and pancreas transplant program. UC Health’s transplant experts recommended a kidney-pancreas transplant, the best option to save her life.

Linda went onto the transplant waitlist in July 1981. She relied on her faith and drive to live for Dawn while she waited for an organ donor match for a kidney and pancreas.

In the early morning of Dec. 10, 1981, Linda received a phone call from UC Health’s transplant team informing her that a kidney and pancreas was ready for her. The phone call was five months in the making while she waited for a donor match. UC Health offers shorter wait times for transplants compared to other hospitals nationwide. She quickly packed, took young Dawn over to a friend’s house and made her way to UC Medical Center.

Linda was nervous because of the lengthy procedure, but she knew this was the right decision. A new kidney and pancreas would give her a new lease on life and allow her to feel better than she had in years.

Hours later post-surgery, Linda woke up in the intensive care unit. She had her kidney transplant first, then her pancreas transplant shortly after. She had a long recovery ahead of her, but she felt a noticeable difference in her condition. Her blood sugar levels improved drastically. She returned home a few weeks later in January 1982.

“The transplant allowed me to raise Dawn. I wanted that more than anything. She is my pride and joy. She was my reason to live,” Linda explained. “Thanks to the transplant, I have been able to do things that I could not do when I was sick.”

Linda worked hard to fully recover, and it was well worth it. She became a new person, not having to worry about her health every single day. She could live a full life again alongside her daughter, who is now 45. Months after her transplant, Linda married Dennis, who she has been with for 39 years. Dennis adopted Dawn shortly after marrying Linda. This also would not have been possible if Linda did not have her transplant.

Over the next four decades, Linda focused her time on community work. She did not return to her job with the WIC Program, but instead started volunteering at Sayler Park Elementary School. She wanted to give back to others as much as she could.

With COVID-19 still impacting our community, Linda remains careful with the activities she does out in public. During the peak of the pandemic, Dennis went to the grocery store to do all the shopping. Now fully vaccinated, she tags along from time to time.

In addition to going shopping, Linda enjoys going out to dinner and making it to her church in Cleves, Ohio, every Sunday. Although she no longer volunteers at Sayler Park Elementary School, she helps at church when she can. When the pandemic ends, she plans on doing even more things outside of her house. None of this would have been possible without her transplant. 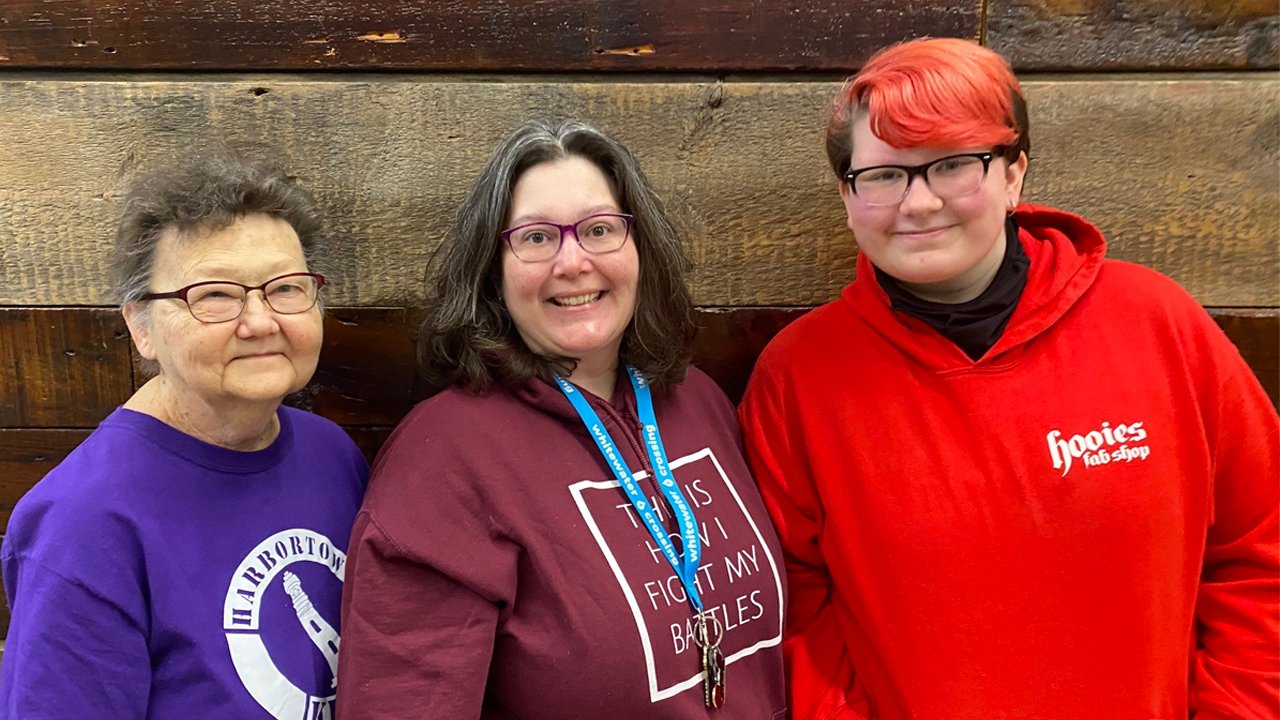 After all these years, Linda follows up with experts at UC Health for her post-transplant care. These routine appointments ensure that her kidney and pancreas are still functioning properly. Recently, due to COVID-19, Linda has done virtual visits with her UC Health care team but will be returning later this year for an in-person visit.

Linda remains in touch with some of her original doctors who were involved in her transplant journey back in 1981. Today, she is seen by Amit Govil, MD, professor in the Department of Internal Medicine at the University of Cincinnati College of Medicine and medical director of the UC Health Kidney Transplant Program.

“UC Health is at the forefront of kidney-pancreas transplantation, with the first pancreas transplant performed here in 1979,” Dr. Govil explained. “We are proud to be continuing the legacy of the program with a strong and dedicated transplant team.”

Our transplant team is pleased to see how well she continues to do and how hard she has worked to maintain her health, giving hope to other patients who may need a lifesaving transplant. Linda is also a great example of how well patients can do after having a transplant, with her 40-year transplant anniversary coming in December 2021.

“The success of our program speaks volumes about generations of dedicated transplant teams who have provided comprehensive, patient-centric care to Ms. Bingham since her transplant 40 years ago, making her one of the longest surviving kidney-transplant recipients in the U.S,” Dr. Govil said.

Kimberly Hoffman, DNP, UC Health nephrologist, sees Linda each time she comes in for an appointment or when she does a virtual visit. Even with the challenges of the COVID-19 pandemic, she is impressed with her attitude and commitment to taking care of herself to the best of her ability.

“It is humbling to care for a patient with 40 years of successful transplant experience,” Kimberly said. “Ms. Bingham epitomizes a patient concerned for self-care. UC Health Transplant shares this responsibility for patient-centered care.”

Linda can’t say enough about her care team and the donor who made her new life possible. “I am so thankful from Day 1 for my gift of life. I am very grateful to the person who cared enough about saving someone else’s life.”

The journey has not been easy for Linda. There were days where she wondered if her health would improve, whether she would make it to her transplant or even survive long after the procedure. With so much uncertainty, she persevered, relied on her faith and constantly thought about her daughter. Dawn has always been her inspiration and her reason to live.

“I wanted the transplant as much for Dawn as I wanted it for me,” Linda said. “I wanted to be there to raise her and see her grow up. She was my purpose.”

Linda now is the proud grandmother of 14-year-old Keira. She sees her and Dawn as much as she can.

When asked what the word “hope” means to her, Linda paused and reflected on the past 40 years.

“With hope, you can go on with your life,” Linda said. “In my case, a good life. I raised my daughter. I have my granddaughter and I have a great husband. I thank my donor for giving me this life. I always had hope that I would survive so I could raise Dawn and have a fulfilling life.”

Linda’s message to others who may need a kidney transplant is simple: Don’t lose hope. “Keep holding on. Never give up. You must wait for that miracle, that gift, just like I did. I was given the gift of life.”