A Second Chance at Life (and a New Liver) 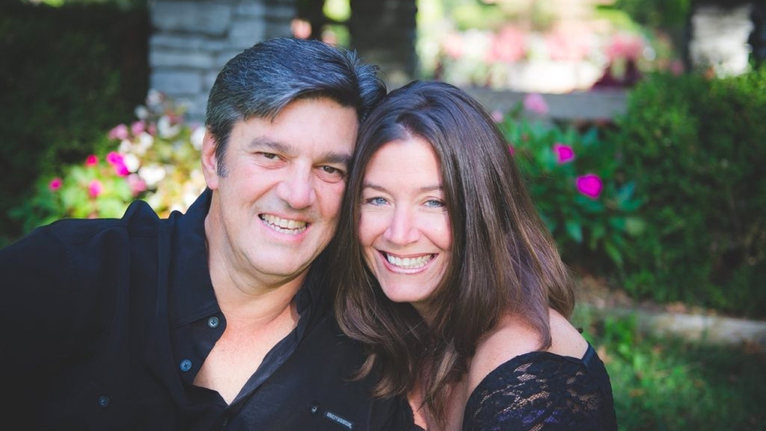 Steve Roberto, 55, never thought the intestinal issues he was experiencing in fall 2013 would be both the first step in many to overcoming a death sentence as well as obtaining that often desired reset.

“I’d just not been feeling well, and I decided to follow up with my general practitioner,” says the Oxford, Ohio resident. “That’s when it was discovered I had been living with hepatitis C for over 30 years—since I was a teenager—and I didn’t even know it. I already had cirrhosis of the liver.”

He was referred to a liver specialist and was treated for hepatitis C twice with two types of drug combinations before he was cured of it three years later in 2016.

“I continued to follow up with Joannie Foster, the pre-transplant coordinator at UC Health, for blood tests and CT scans just to make sure my liver was still working—and fortunately it was performing well,” he says. “I eventually just asked if I could stop the scans to avoid the extra radiation; as long as things were going well, I wasn’t going to get a new liver anyway. I requested an MRI instead, and I went to a separate unaffiliated clinic to receive that.”

Around the same time, some pain developed in Roberto’s stomach as well as a bulge that “almost grew overnight,” he says.

“I saw my general practitioner and gave him the disk with the results from my MRI,” he says. “He instantly saw a mass, but they thought it may just be an abscess because it isn’t uncommon for those to develop in folks who have cirrhosis of the liver.”

He was admitted to the hospital, and the growth was biopsied.

“They told me it was sarcoma—a rare cancer—and I only had three to six months to live,” Roberto says. “I was completely shocked.”

Sarcoma is an uncommon group of cancers which arise in the bones and connective tissue such as fat and muscle. In most cases, it’s not clear what causes sarcoma. Liver sarcoma is almost exclusively found in a pediatric population.

“After doing some research, I found out how truly rare this cancer was,” he says. “That makes it even scarier because there’s not a standard care plan or published outcomes for something like this.”

That’s when the specialized multidisciplinary teams within UC Health and the UC Cancer Institute were brought in to assess Roberto’s next steps and create a unique plan of action for him.

“I saw Dr. (Shimul) Shah who told me this was one of 19 adult liver sarcoma cases ever documented,” Roberto says. “He arranged for me to meet with Dr. (Jordan) Kharofa, a radiation oncologist, to get his opinion as well.”

Roberto’s case was presented during the multidisciplinary gastrointestinal tumor board at the institute. Tumor board is when dedicated specialists from all treatment areas—oncologists, surgeons, clinical trial specialists, radiologists, pharmacists and other experts—meet and assess a patient’s case to collectively determine the best course of treatment.

“It was reassuring to know they had this meeting of the minds to come up with the best plan for me,” Roberto says.

It was ultimately decided that proton therapy was the best option to attempt shrinking the tumor. Kharofa, assistant professor in the Department of Radiation Oncology at the UC College of Medicine and a radiation oncologist at UC Health and within the UC Cancer Institute, led the treatment.

Proton therapy has an advantage over traditional forms of radiotherapy in its ability to deliver radiation to a tumor area with remarkable precision, sparing healthy tissues. This was particularly important for Roberto who already had a compromised liver, and conventional radiation therapy would damage other internal organs.

“I had 15 visits at the facility, and it was just absolutely amazing,” he says. “I mean, that is the leading edge of technology, and it is right here in our city. People are coming from all over the world to receive this treatment, and we are fortunate enough to have it right in our backyard.”

And luckily for Roberto, it was successful in killing his sarcoma.

Back on the List and Playing the Waiting Game

However, because of the worry of cancer spread once it is detected in an organ, a person who is on the list to receive an organ transplant is automatically removed once a cancer is diagnosed.

“So I have this dead blob in my liver, but I’m not on the list any longer,” he says. “I plead my case to Dr. Kharofa who saw my point—the cancer was gone; it had not spread. So, why couldn’t I be added to the list again? He fought to get me back on the list. He was always on my team from day one and did everything in his power to ensure I would get the care that could save my life.”

After the requisite six month waiting period, by November 2017 Roberto was back in the search for a liver match.

“Two smaller tumors appeared on my liver during this time as well, which further complicated things,” he says. “However, thanks to the experts at UC, including Seetharam Chadalavada, MD, they were able to do an embolization procedure, injecting chemotherapy beads to reduce the blood flow to cancer cells in the liver, followed by ablation. It was a success, and it cooked those tumors.”

Roberto experienced additional health complications and setbacks related to his cirrhosis including a varicose vein rupturing in his throat, making the road to hope and health even more difficult.

But finally on February 2, 2018, with all of his tests, blood counts and numbers looking good, he was able to receive a transplanted liver.

Shimul Shah, MD, a professor and the James and Catherine Orr Endowed Chair in Liver Transplantation, and Flavio Paterno, MD, associate professor, both in the Division of Transplant Surgery at the UC College of Medicine and UC Health transplant surgeons, performed the procedure.

“I couldn’t feel more at ease with two doctors, and Dr. Paterno and I had a great time joking around together—we’re both Italian and all,” Roberto laughs. “I knew I was truly with the experts here. I wouldn’t have wanted anyone else in the world to do this procedure.”

Within hours, Roberto had his new liver and was up walking around and laughing, celebrating life with his wife Amy.

“This was a true gift,” he says. “I have a clean slate with this transplant. I’m like Steve 2.0. This is a whole new opportunity to live life to the fullest. I feel absolutely wonderful, and I’m so thankful.”

Now, Roberto is focusing on healing and getting back to a normal life with his family, but he’s not forgetting who helped get him there.

“I just can’t even believe what a great team of people I had looking out for me,” he says. “The expertise and brain power at UC is phenomenal, and on top of that, these people really know you on an individual basis. They knew me as Steve and knew about my case, even if they’d never met me face to face. I’m also glad that my experience can help set a standard of care for others; Dr. Kharofa mentioned writing up my case for publication in an academic journal. I can help by showing people that the problem is solvable.

“I’ll stand anywhere in this town and scream it from the rooftop: These guys are superstars!”