A Taylor-Made Story: Scott and Kyle’s Journey in the Cardiac ICU

Eleven years ago, Scott Taylor was driving to a high school football scrimmage with his son, Kyle, when they got into a car accident. Although neither was severely injured, the day would change both of their lives forever. 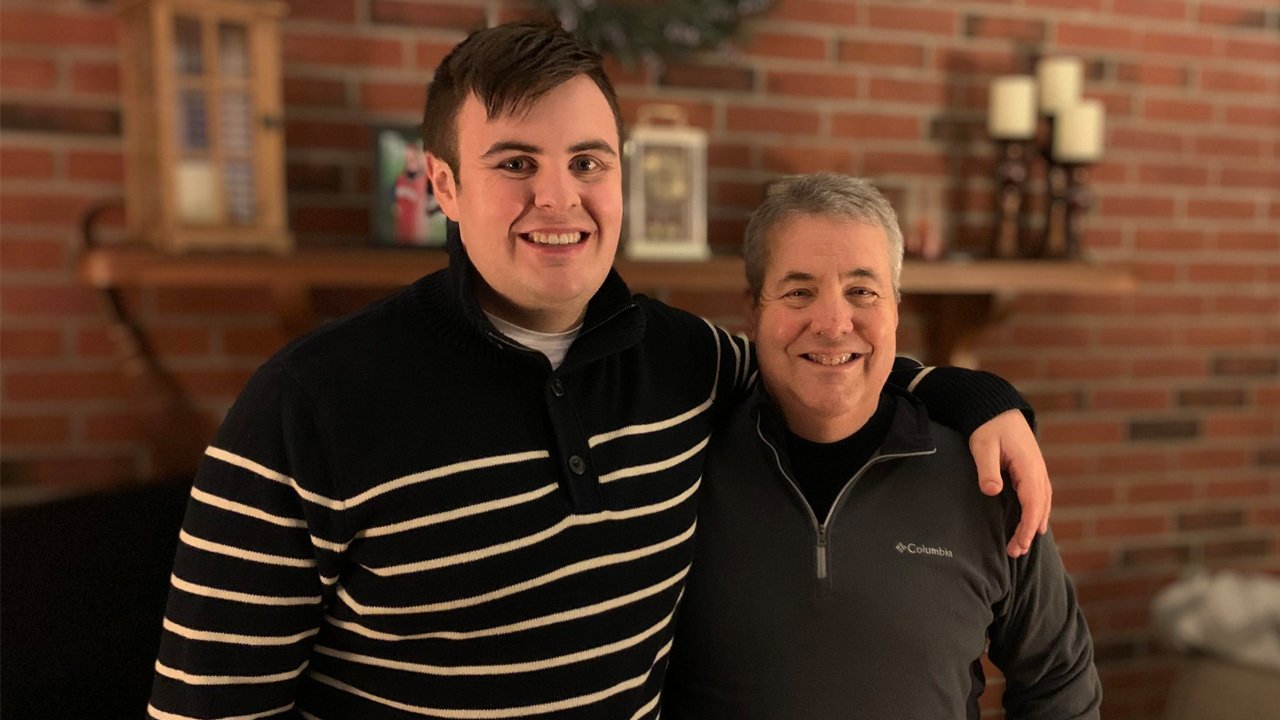 Flash forward to the summer of 2019 at University of Cincinnati Medical Center. Scott is recovering from heart and kidney transplants in the Cardiovascular Intensive Care Unit (CVICU), while Kyle is nearby checking on other patients as a cardiac nurse.

The father and son share a special connection that started with a car accident, ending 10 years later with Scott’s life-saving dual transplant.

After the accident, Scott discovered he would need a new heart eventually. He later learned that he’d need a kidney, too.

Six and a half months post-transplant, Scott feels better than he has in years.

“I’m back to being able to do things I was able to do before the transplant, such as projects around the house,” Scott said. “I feel much stronger and have more energy.”

Meanwhile, Kyle is living out his dream of working in cardiac intensive care. He attended the University of Louisville School of Nursing before coming up to Cincinnati to work at UC Health in July 2019.

“Being from Northern Kentucky, I was familiar with UC Health as one of the premier healthcare systems in the region,” Kyle said. “I knew I wanted to come back up to work here because of the high level of care and more ways to deliver excellent care to patients.”

Neither could have expected they would be on the same floor, in the same unit, at the same hospital.

Scott continued to battle with his heart issues after the 2009 car accident. He was diagnosed with cardiomyopathy, a disease that affects the heart muscle and its ability to pump blood through the body.

Five years later in 2014, Scott suffered a stroke and had to have a 3-millimeter blood clot removed from the right side of his head. That same year, he had another blood clot in his kidneys and spleen. He was treated at his community hospital, but they were unable to improve his condition. His family arranged for him to be transported to UC Medical Center.

Scott’s care team at the UC Heart, Lung and Vascular Institute recommended he get on the national transplant list for his failing heart. He was told that a dual-transplant would be the best option to save his life. Although it would be a challenge to find two good organs, Scott knew he was in the best place to have the transplant.

“The quality and care is the best in the region. Doctors and nurses get to know you by name, not just by your condition,” Scott said.

Scott and his family waited patiently for an organ match. Days and nights passed by while he was in his CVICU room. Although Kyle would check on his father after his shift, his focus while working was fully on his own patients.

“I had to block it out to keep my professional life during those 12-hour shifts,” Kyle said. “I needed to focus on the high standard of care for my own patients, but I knew I could be at ease knowing someone else was taking great care of him.”

Scott’s heart transplant was performed by Louis Benson Louis IV, MD, chief of Cardiac Surgery at UC Medical Center and associate professor of surgery at the UC College of Medicine.

“We’re the only hospital within 100 miles that does adult heart transplants. Every patient will receive world-class care at UC Health,” Dr. Louis said.

Following his transplant, Scott started cardiac rehabilitation and home therapy to build up his stamina and strength. He did light workouts, using an elliptical and treadmill and lifting weights. His energy level has gradually improved over the past six months.

Scott will soon be able to return to work and fully continue the life he had prior to his heart failure. He’s forever grateful to his team at UC Health for saving his life.

The father and son bond grew even stronger as a result of Scott’s transplant. They relied on their love for each other as they made their way through the hallways of the CVICU—one as a patient and the other as a clinician.

“We were together when this journey started, and we were back at it together again,” Kyle said.

Kyle works hard each day to be the best cardiac nurse he can be. The journey with his father made a powerful impact on his career as he pushes himself to give the highest level of care to every patient.

Back at the Taylor home in Highland Heights, Scott is doing well, proud of his son for his achievements. He will never have to go far for advice as he continues to recover.

“We’ve always been very close. Now we have more to talk about,” Scott said. “He’s the one guy in the house who understands everything I’m talking about. It’s really nice.”