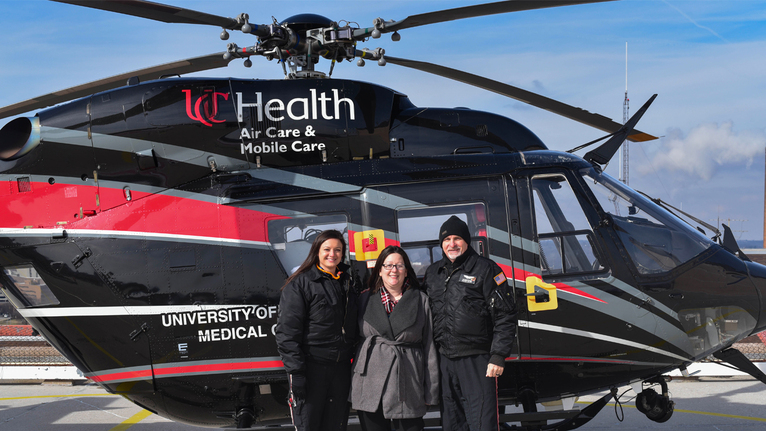 She was excited to go to her cousin’s wedding.

A day later, on Saturday, Nov. 17, Nickie Roller came back to University of Cincinnati Medical Center—but this time as a patient. 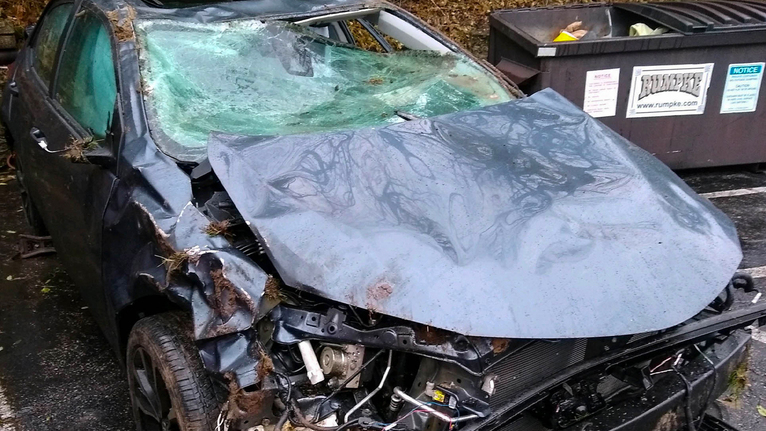 Nickie was driving home to Florence, KY, from her cousin’s wedding off Route 222 in Ohio. About 15 minutes into the drive, Nickie’s car rolled off the road and flipped several times. Nickie ejected from the driver’s side door and landed on a car parked in a driveway close by.

A neighboring house heard the commotion and quickly dialed 911 for help.

Not 30 minutes later, Nickie was in helicopter transport to UC Medical Center by the UC Health Air Care Mobile Team. She was directly admitted to the ICU.

Meanwhile, back in Florence, KY, her husband, Danny, was expecting his wife home any minute. When his concern began to grow after not seeing her, he heard a knock at the door. It was a Boone County policeman there to notify him his wife was in critical condition at UC Medical Center from a car accident.

After several hours of intubation in the ICU, Nickie regained consciousness. She awoke to see her husband by her side and quickly learned why she was there.

Nickie suffered a fractured skull, a severe concussion, a fractured clavicle and a handful of scrapes and bruises on the right side of her body where she landed on the vehicle. Her biggest and most prominent complaint, however, was that she couldn’t remember the helicopter ride.

Back in February of 2019, Nickie met the UC Health providers who flew her into the hospital that Saturday night and saved her life. Cortney Gaffney, RN, and Dan Spencer, pilot, were the two of three Air Care and Mobile Care providers that met her in Stonelick Township that evening.

The three of them took a quick recovery ride so that Nickie could finally save it as a memory.

“I have lived every day of my last four months knowing that the amazing Air Care Mobile Care team came into my life at the exact right moment.

As I was lying in the back of a vehicle that did not belong to me, because of an accident that I still can’t remember, several amazing people came to my rescue.

I wish I could shake the hand of the person who called 911, but I can’t. I am lucky enough, however, to not only shake the hand, but give a giant hug, to each person that came to my rescue that night. I am truly indebted to them all.” 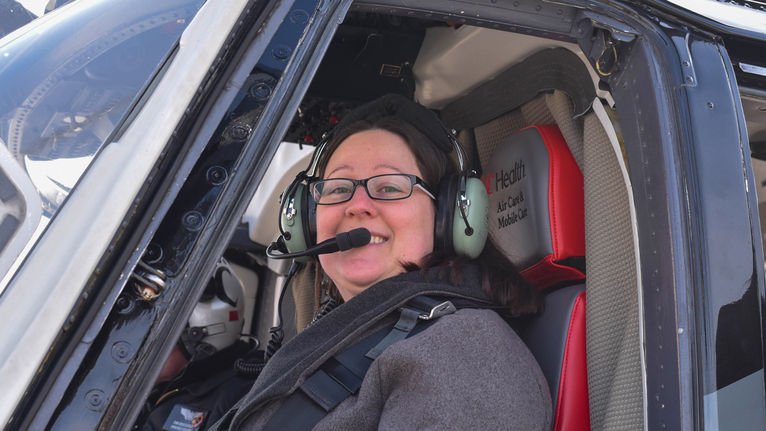