Breathing Easy Thanks to a New, Innovative Procedure

Mike Fahey, 66, is used to huffing and puffing. As a U.S. Navy veteran, he regularly worked out to stay in shape while traveling across the country until being honorably discharged in the mid-1970s in Charleston, South Carolina. 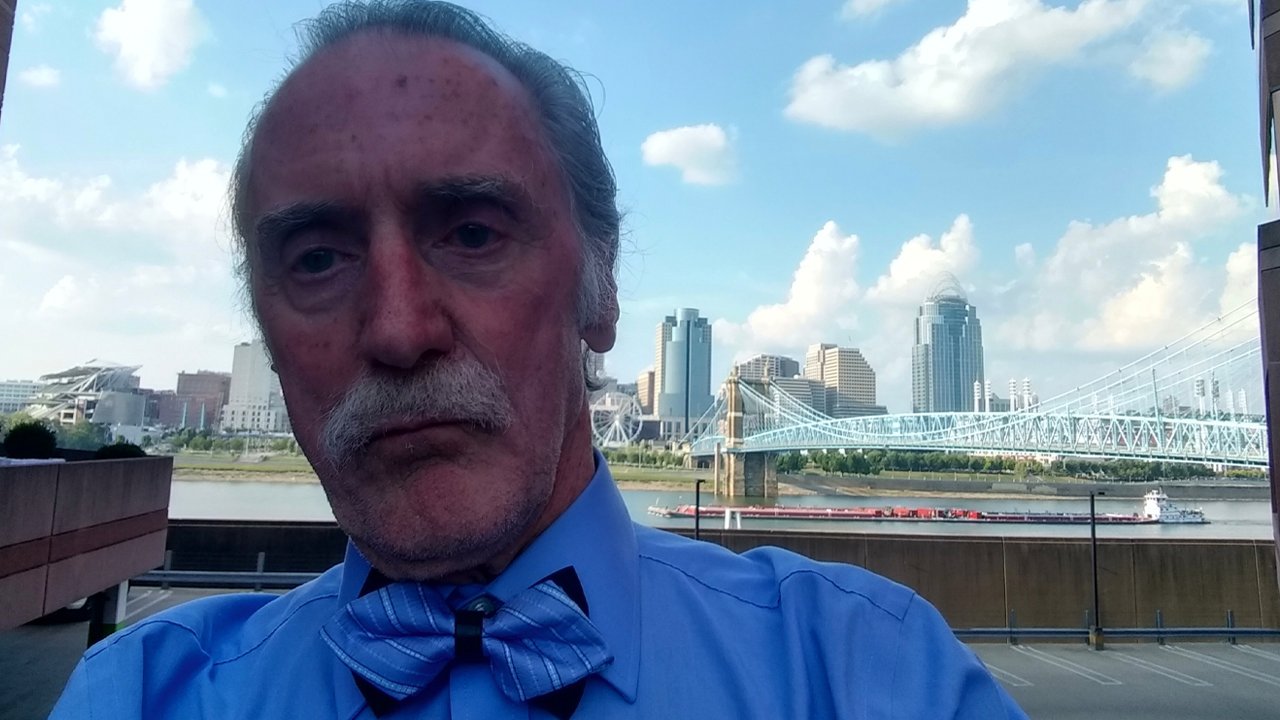 Afterward, he settled in Cincinnati, where he met his wife who he has been together for 41 years and has two grown daughters with.

“Both of my daughters live across the states, so I like to visit them from time to time,” said Mike. “I’m used to traveling from previous jobs I had. Being around people and my family makes me happy.”

In October 2019, Mike visited his daughter in New York. Previous trips in New York meant minimum time sitting or standing. He enjoys walks in the city and seeing the lights and skyline. During this most recent trip, though, he was huffing and puffing more intensely than usual.

“It seemed like every 200 feet I had to stop to catch my breath,” he said. “Good luck keeping up with everyone in New York doing that.”

Mike does have a history of lung disorders, but has never experienced reduced breathing like this before. He was diagnosed with chronic obstructive pulmonary disease (COPD), a chronic inflammatory lung disease. Its symptoms include:

His COPD had a larger component of emphysema, a condition where small air passages of the lung are destroyed due to cigarette smoke or irritating exposure to gases. When Mike was younger, he was a frequent smoker and has since quit. He contributes his smoking habit as a reason why he has COPD today.

Mike regularly seeks treatment at a community hospital for his breathing conditions. He uses inhalers and even has a rescue inhaler, which patients use in case they have sudden inflammations of airways that lead to intense episodes of wheezing, coughing or shortness of breath.

“Before my New York trip, I pretty much never used my rescue inhaler,” Mike explained. “But I had never experienced breathing problems like I did during that trip. I couldn’t walk up a hill without getting winded.”

Mike explained that his breathing condition got to a point where he was relying on the rescue inhaler frequently.

When he walked, his coughing and shortness of breath was so bad that he had to sit to catch his breath. From there, he sat for five or 10 minutes while using his rescue inhaler.

This was not a lifestyle he signed up for, so he decided to take action.

When Mike returned home, he scheduled appointments with the community hospital that was treating him for COPD and emphysema.

Upon examining Mike’s worsening breathing condition, his care team determined his emphysema had become severe, where the diseased lobes of Mike’s lungs were hyperinflated. As a result, this was causing significant challenges to his breathing.

Due to the severity of Mike’s condition, the community hospital referred him to UC Health. Mike did not have to wait long to hear from UC Health, who asked him to come in for an evaluation.

“Once I got to UC Health, everybody was genuinely concerned or made me feel like I mattered,” said Mike. “They wanted to know how I felt and what my comfort level was. Everything was scheduled on time and there was this real ‘can-do’ type of attitude, which I liked.”

Christopher Radchenko, MD, UC Health interventional pulmonologist and assistant professor in the Department of Internal Medicine at the University of Cincinnati College of Medicine, met with Mike and determined he was a suitable patient for a new minimally invasive robust procedure.

“Seeing Mike for the first time, given the degree of his breathlessness, I knew something had to be done,” Dr. Radchenko explained. “He was on maximal therapy for his COPD and had already graduated from pulmonary rehabilitation, but his life was dramatically impacted by how severe his lung disease was.”

Given the severity of Mike’s case, Dr. Radchenko recommended doing a newer minimally invasive procedure called bronchoscopic lung volume reduction with Spiration® valves, which uses small devices that are implanted in the airways of the lungs and act as one-way valves to reduce hyperinflation.

While the procedure is new, UC Health has been a leader in its innovation, being the first hospital system in Ohio to perform procedures using Spiration® valves.

“At UC Health, we have robust experience with our COPD patient population and offer many new treatments to improve their condition,” Dr. Radchenko said. “We offer bronchoscopic reduction with both Zephyr® and Spiration® systems in addition to surgical lung volume reduction. We also are launching a multidisciplinary advanced emphysema program, where patients can meet with experts to individualize treatment, ensuring they receive the absolute best care.”

When Mike heard about the Spiration® valves, he felt excited about its benefits. Mike credits the knowledge and confidence Dr. Radchenko had in the procedure as to why he tried it.

“Dr. Radchenko, in my opinion, is the greatest asset at UC Health,” Mike said. “He has a fantastic bedside manner and always made me feel very comfortable. He helped me have a really good attitude about everything going into my procedure.”

When Mike woke up from his surgery, he felt better almost right away. Due to the procedure being minimally invasive, he was in the hospital for only three days.

Mike gauges the success of his procedure by the number of times he has needed to use his rescue inhaler.

“Guess how many times I’ve used my rescue inhaler since Dr. Radchenko did the surgery?” asked Mike. “Zero times. I think that sums everything up right there. I’m able to breathe so much easier now.”