Cruising Toward a New Life after Triple Bypass 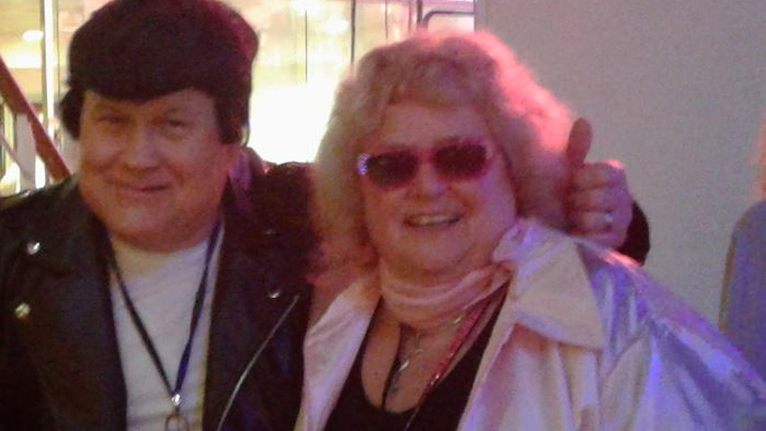 The couple has traveled all across the country. Whether it’s visiting Mount Rushmore in South Dakota, or going on a cruise in Alaska, Ron and Edna enjoy their time together.

“We love and depend on each other so much. It’s just us,” Ron said.

In mid-November, it appeared as if their time together could be cut short. Ron was going in to have rotator cuff surgery on his right shoulder.

Ron discovered then he previously had a silent myocardial infarction — the medical term for a heart attack.

Naseer Khan, MD, UC Health interventional cardiologist and assistant professor of medicine at the University of Cincinnati College of Medicine, wanted to have additional testing done to ensure Ron’s heart was healthy enough for the surgery.

During his cardiology evaluation, Dr. Khan discovered he had a large myocardial ischemia, resulting from inadequate blood supply due to some artery blockages.

Nothing could’ve prepared Ron and Edna for this news. Ron had just worked a full 10-hour shift before having his angiogram.

“I was pretty shocked. I did not expect that at all,” Ron said.

Ron was going to need a procedure to save his heart. He came to the UC Heart, Lung and Vascular Institute, where he saw Antonio Panza, MD, UC Health cardiac surgeon and associate professor of surgery at the UC College of Medicine.

Typically, patients with Ron’s diagnosis undergo a conventional coronary artery bypass surgery. This type of procedure requires a prolonged leave of absence from work. Although recovery time varies, patients generally need to take two to three months off from work before being healthy enough to return to a physical job.

This news worried Ron, in addition to knowing that he and Edna had an upcoming prepaid cruise that they did not want to miss.

For this reason, Dr. Panza recommended that Ron have a coronary artery bypass grafting through a minimally invasive procedure recognized as the gold standard for fast recovery. Ron would not have his breastbone opened up, and he would not need to have a cardiopulmonary bypass procedure.

“This complex procedure has the advantage of not cutting the sternum, with faster recovery, less pain and reduced length of hospital stays and recovery times,” Dr. Panza said. “Moreover, you’ll receive all arterial grafts that have been proven to be the ideal treatment options for younger patients.”

After weighing all possible options with Edna, Ron decided to have this procedure in hopes of being able to quickly return to the life and wife he loves. He strongly believed that he was in the best hands possible at UC Health.

“I know they do research down here, and it’s a teaching hospital. If you have all those things going for you, you’re going to expect that you’re going to get the highest level of care,” Ron said. “I felt confident going in that I would get my life back.”

On Friday, Dec. 20 2019, Ron came in to UC Medical Center for his procedure. Edna would be by his side for the entirety of the process. In all, she waited 14 hours before she was able to see him. Although it was a long wait, Edna felt at ease because of how often hospital staff communicated with her on Ron’s progress.

“Staff would come to the waiting room probably every two hours to let me know how things were going,” Edna said.

Ron originally went in for a double bypass, but when Dr. Panza discovered another blood vessel that needed to be repaired, he made the quick decision to do a triple bypass.

“To my knowledge, no other healthcare system in the region is close to being able to perform this procedure,” Dr. Panza said. “Few centers in the United States can offer a total arterial, multi-vessel, off-pump and minimally invasive coronary artery surgery.”

Ron and Edna had all of their trust in him.

“I would highly recommend UC Health to anyone experiencing heart issues,” Edna said.

The surgery was successful. Edna was able to greet Ron as soon as he arrived in the Cardiovascular Intensive Care Unit. He was back up and walking without assistance and without any limitation in using his arms the morning after surgery. He was able to return home just three days later.

His love for his wife has driven him throughout his journey to recover as fast as possible. Edna never left his side while he was in the hospital. Both are grateful to Dr. Panza and the rest of his care team.

“It’s local here. Stay in Cincinnati! It wasn’t hard to make the decision to come here. I was going to a top-notch place,” Ron said.

Ron is optimistic that the surgery will provide an extension on his life so he and Edna can return to the things they love to do. In February, they’ll be going on their next cruise, which starts in Miami, Florida and will make its way through the Caribbean.

The loving couple can now continue on to their next journey in life—together.