For Chantelle Howell, sparing her hair was not a top concern as she prepared for brain tumor surgery, but knowing she wouldn’t have a noticeable shaved spot on her head gave her one less thing to worry about. 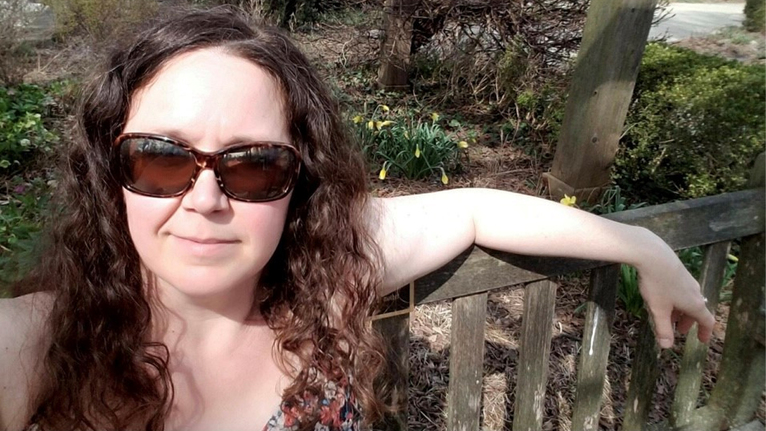 It was at work one night when coworkers of Chantelle Howell, a UC Health labor and delivery nurse, noticed something wasn’t quite right and became concerned.

“Apparently, I had been repeating myself in patient rooms to the point that a patient called out for the charge nurse to say, ‘I’m worried about your nurse,’” Chantelle said.

Chantelle, who was 42 years old at the time, left work early that night and promised her coworkers she would get an MRI, only in her mind, to prove them wrong. However, it was Chantelle who was wrong. The MRI showed she had a brain tumor that was causing her headaches and forgetfulness.

The astrocytoma, a low-grade glioma, covered a wide surface of Chantelle’s brain, including parts of her brain stem. The tumor could not be removed, but instead required a biopsy to determine the best course of treatment—chemotherapy and radiation.

Traditionally, in order to do the biopsy, a surgeon would need to cut into Chantelle’s scalp and shave part of her head, but Matthew Garrett, MD, PhD, UC Health neurosurgeon and brain tumor specialist and professor in the Department of Neurosurgery at the University of Cincinnati College of Medicine, offered her a different approach.

At the time of her diagnosis, Chantelle had long hair that stretched down her back, and Dr. Garrett understood her reluctance for it to be noticeable that she had a brain tumor. Instead, he suggested performing the procedure with a different approach that would spare the majority of her hair. 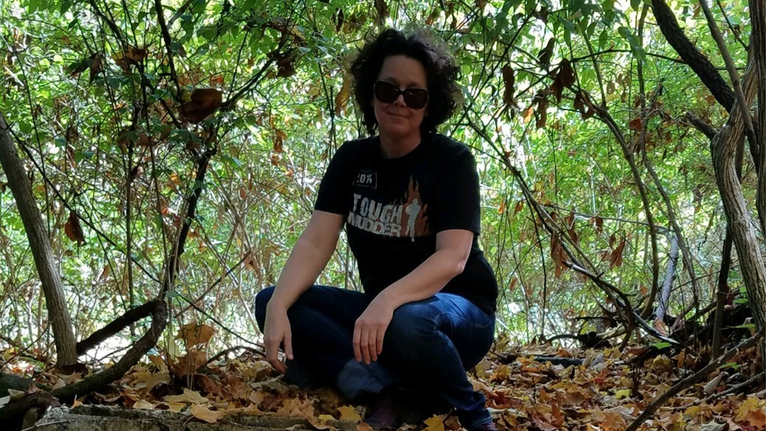 While completing his pediatric rotation during residency, Dr. Garrett learned that pediatric surgeons will oftentimes remove as little of the hair as possible from their young brain tumor patients. It’s an extra effort from the surgeons to help the kids feel and look more like themselves.

“It was a nice thing they did for those kids,” Dr. Garrett recalled. “I thought we should do it for everyone; that it should be the standard of care for kids and adults.”

When Dr. Garrett began treating patients at UC Health, he put that idea into practice.

In a typical brain tumor procedure, a surgeon would need to cut into the patient’s scalp, removing several inches of hair on each side of the incision. Depending on the length of the incision, a patient could wake up with a third to half of their hair missing.

When performing the hair-sparing surgery on brain tumor patients, Dr. Garrett removes just a few strands of hair, and instead of shaving the head, he thoroughly washes the scalp to prevent infection. It is a little bit more work, but it makes a big difference in the patient’s appearance.

“There’s a lot of stigma that goes along with cancer,” said Dr. Garrett. “And it’s nice if you don’t have to wear it on your head.”

Following surgery, the hair of Dr. Garrett’s patients looks nearly identical to the way it looked before surgery, instead of a missing patch of hair or a completely bald head. Dr. Garrett considers it part of his holistic approach to treating brain cancer.

“At UC Health, we have a high focus on the whole patient and the whole experience. I want to try to treat the emotional side of cancer as well as the medical side,” he said.

Dr. Garrett can perform this hair-sparing surgery on anyone, but usually makes it a point to offer it to women, especially those with long hair, like Chantelle, for whom it could take years to grow back to its original length. He acknowledges that hair loss probably is not his patients’ No. 1 concern, but it’s one less thing they have to worry about. 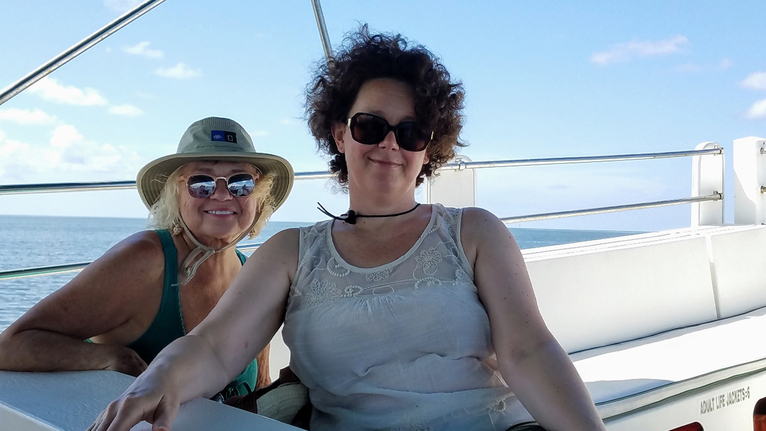 “When you hear you have brain cancer, there are a million different thoughts that go through your head, the last of which is, ‘Will my hair look OK?’” Taking away that concern is one thing Dr. Garrett knows he can do above everything else.

While Chantelle says at the time, sparing her hair was not important to her, she thought it was a considerate notion.

“I wouldn’t say it was super high on my list of priorities,” she recalled. “But in hindsight, I didn’t have to go through the stigma of having a big shaved spot on the side of my head.”

Since her medical journey began in March 2019, Chantelle successfully completed her chemotherapy and radiation treatments, and her cancer remains stable.