The hospital employs the standard, multidisciplinary workforce that is typically seen at an academic health system to save, care and heal patients in need. 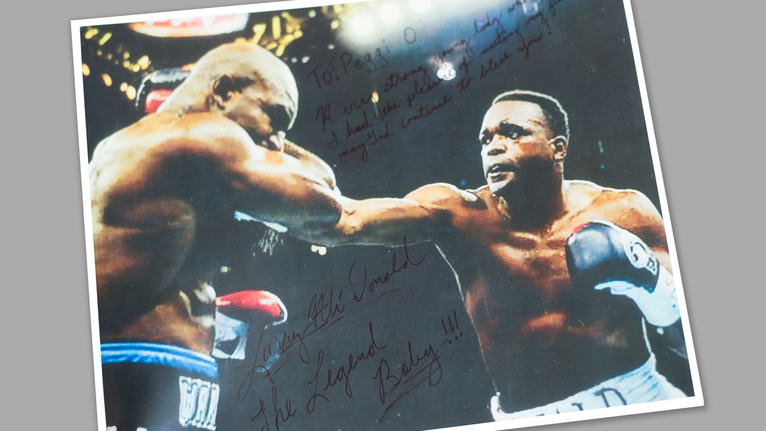 Among this 4,000-plus person staff stands a world-renowned associate, but world-renowned for reasons far removed from the medical field. UC Medical Center employs Larry Donald, a once professional boxer and heavyweight world champion.

Born and raised in Avondale, Ohio, Larry attended the Cincinnati Academy of Physical Education for high school. Although the magnet school no longer exists, students spent three times as many hours in physical education classes per week compared to other Cincinnati Public Schools, according to a 1987 Sports Illustrated article.

Larry, also known as “The Legend,” was awarded a bronze medal in the super heavyweight division in the 1991 World Championships as an amateur. He went pro the following year and won a gold medal at the 1992 World Championship Challenge. To top it off, Larry even represented the U.S. in the 1992 Olympics held in Barcelona, Spain.

He professionally boxed until 2007, where in his 15th year, defeated notable boxers such as Evander Holyfield, Tim Witherspoon and Jeremey Williams.

But the tough and intimidating demeanor that was once needed for Larry in the boxing ring, has now shed from his work character at UC Medical Center. Soft-spoken and undeniably kind, Larry is now a patient transporter moving patients in the hospital.

“I like working closely with patients in need. Connecting with them and making them feel at ease. I really enjoy my job,” Larry said of his role at UC Medical Center.

The patients like him right back. Of the most impressionable patients who Larry has played a role with during his time at UC Medical Center, one stands out the most. While at work one day back in 2016, Larry encountered a female patient who just underwent a liver transplant.

On Friday, Sept. 30, 2016, Margaret “Peggi” O’Donoghue received news from her care team that she would have to undergo a secondary procedure – only four days after her transplant. Her family had since left UC Medical Center, expecting her home that same day, unaware that Peggi would need to go back into surgery.

Larry was assigned to take Peggi from her room for this unforeseen, second procedure. 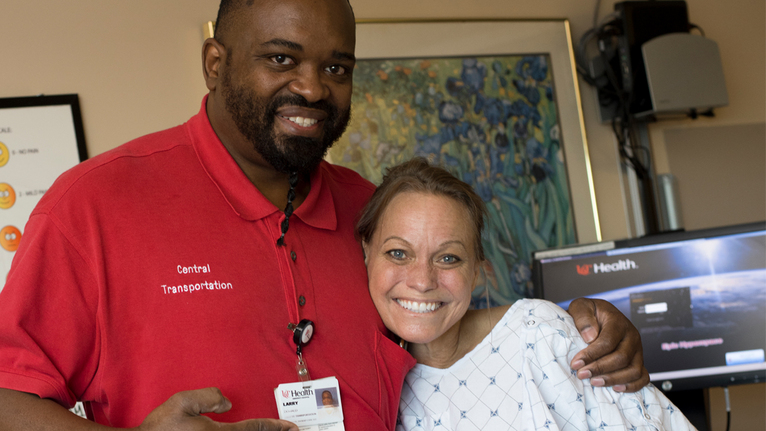 “It was luck of the draw that Larry was sent to my room that day,” Peggi remembered.

When Larry first met Peggi, she was visibly trembling out of worry. She asked Larry to distract her, get her mind on something else, anything besides her quickly approaching surgery.

Larry asked if her she liked sports, and when she said yes, he grabbed a clean pair of synthetic gloves for Peggi to wear so she could hold his phone. He played the video of the match between him and Evander Holyfield. Within moments, her nerves settled and she felt calm.

As he said goodbye to Peggi heading into her surgery, he told her, “I know you are tougher than both me and Evander Holyfield. You are going to be just fine. I’ll be sure to come back and check on you."

When Larry came to check on Peggi a week later, he came bearing gifts. He brought his world championship belt and a signed picture of the match between him and Holyfield with a note that read, “To: Peggi O – A very strong, young lady who I had the pleasure of meeting my friend. May God continue to bless you.”

Four years later, Peggi remembers her interaction with Larry like it was yesterday. She said, “I adore this man. I will forever believe that he saved my life going into surgery that day.” 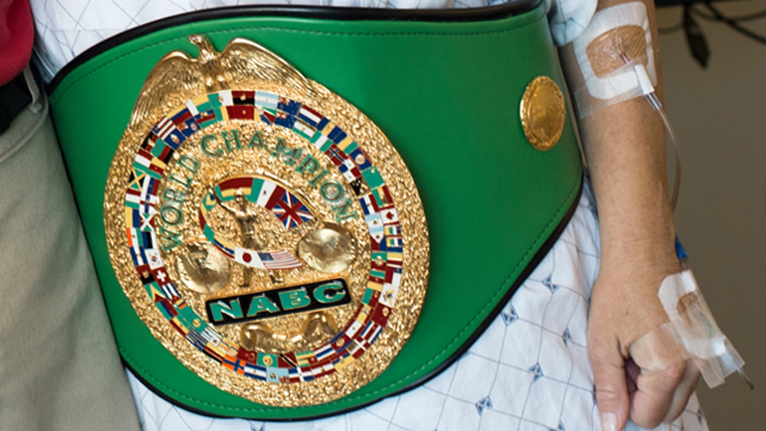 As an essential worker, Larry continues transporting patients at UC Medical Center during COVID-19. Even with a mask on, Larry still smiles for his patients, showing up for them in their dire time of need.

Because of his sacrifice to the Greater Cincinnati community during such unprecedented times, Larry was awarded the “Hero of the World” award by the World Boxing Council, the international governing body for boxing.

His colleagues, leaders and patients unanimously feel lucky to interact with Larry on a day-to-day basis. Whether as a legendary boxer or compassionate staff member at UC Medical Center, his claim to fame still rings true as “The Legend.”