Life can change in an instant. For Sandy Wagner, 49, life has changed instantly on more than one occasion. 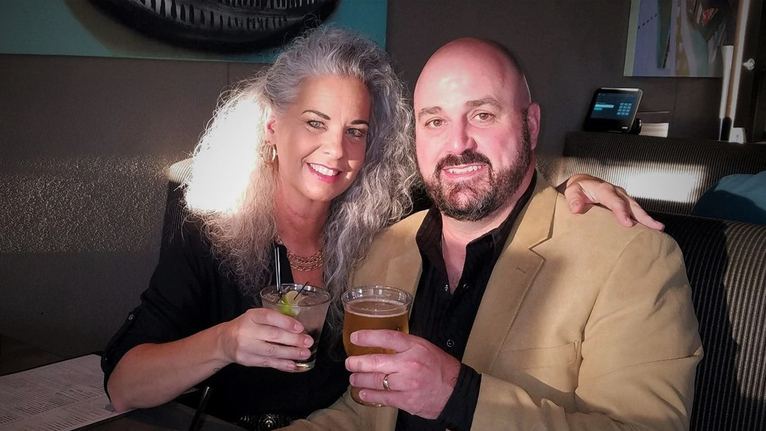 Sandy leads an active lifestyle, having competed in four half marathons and one full marathon. In between running on the treadmill, kickboxing and barre workouts, she spends quality time with her husband of 27 years, her grown children and their respective pets—a mix of cats and dogs.

In 2008, Sandy received a shocking diagnosis. She had disk disease in her neck, so she received care at a community hospital, where they performed a disk fusion. Over time, she had a second disk fusion operation. By 2018, her condition had worsened, and she required a third disk fusion procedure. The third operation was much more evasive, which caused heavy scar tissue in her esophagus.

Undeterred, Sandy maintained a strong mindset and persevered by exercising and running marathons. “No matter what struggles you are going through, keep pushing forward and do what you love,” she said.

Sandy’s positive attitude makes her a strong marathon runner, which is an attitude she has relied on to carry her through hardships.

In 2014, Sandy was diagnosed with appendix cancer. Shortly after, she suffered from a seizure, where her care team found a malignant brain tumor. It was stage 2 brain cancer, and she required surgery at a community hospital. 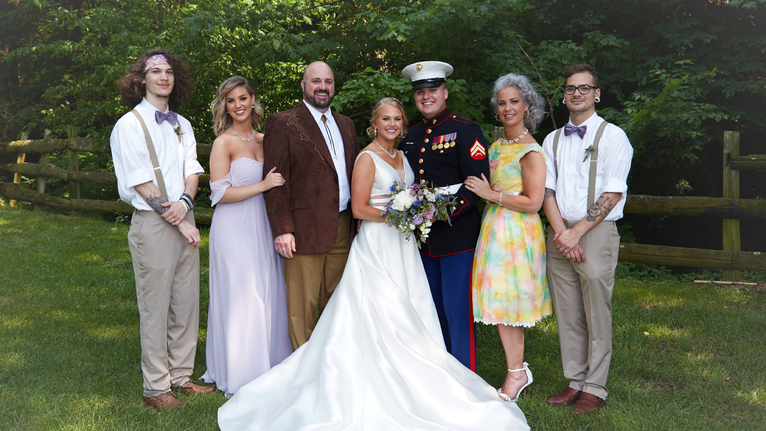 Through years of lifesaving operations and receiving chemotherapy, Sandy found balance in life by spending time with family. “Family time is quality time, and we enjoy going out to eat with one another,” she said. “But after all my disk fusions, I couldn’t enjoy my food as much as I would have liked.”

More scar tissue had built up in Sandy’s esophagus, so swallowing food was difficult. Her throat felt like it was tightening and food would get stuck in her throat, making her regurgitate.

“It felt like there was this pouch in my throat, which had formed from all the scar tissue,” Sandy explained. “I could feel it from the front of my neck as fluids would be pushed out or if food got caught up in there.”

To compensate, Sandy chewed her food until it was mashed and easy to swallow. But something was not right. After visiting with her care team at a community hospital, they realized she had an infection inside her throat.

Given the severe state of her condition, the community hospital referred her to a new care team at UC Health.

Sandy was referred to Chad A. Zender, MD, professor of otolaryngology at the University of Cincinnati College of Medicine and associate chief medical officer at UC Health, and Rani Nasser, MD, UC Health neurosurgeon and assistant professor of neurosurgery at the UC College of Medicine. Together, the physicians performed a complex procedure to help remove the hardware inside Sandy’s esophagus.

“Sandy had been misdiagnosed as having Zenker’s diverticulum, or a benign pouch that collects food,” said Dr. Zender. “Once we evaluated her in the operating room, we discovered the titanium from one of her previous spinal surgeries had eroded into her lower throat and esophagus, which prevented her from swallowing.”

Through the collective efforts of Drs. Zender and Nasser, they were able to remove the hardware while repairing the hole in Sandy’s esophagus and lower throat. Dr. Zender also performed an operation to help loosen her esophagus so she could swallow food without complications.

After successful surgeries, Sandy was eager to enjoy eating again. Unfortunately, due to persistent scarring from numerous prior surgeries, she still could not properly swallow her food.

“It felt like my food would still get stuck in my throat,” she said. “And I could feel in my throat where foods and even liquids would get stuck. I was also still regurgitating a lot. It felt very unpleasant.”

To help Sandy, Dr. Zender wanted to collaborate with a specialist who was uniquely trained to treat her condition. Dr. Zender reached out to Kevin L. Grimes, MD, UC Health surgeon and assistant professor in the Department of Surgery at the UC College of Medicine, who is the only surgeon in the U.S. to complete advanced training in Japan to learn how to perform minimally invasive procedures for stomach and swallowing disorders.

“When Dr. Zender called me to discuss Sandy’s case, we wanted to avoid the longer recovery and potential complications of re-operating on her neck,” said Dr. Grimes. “On her endoscopy pictures, she had a septum—a bridge of muscle—between her esophagus and her neck pouch, and we knew that we could smooth this out and eliminate the pouch by cutting the muscle with advanced endoscopic techniques without making an incision on her neck.”

The procedure Dr. Grimes describes is known as a Z-POEM (peroral endoscopic myotomy), which is an endoscopic procedure used to treat swallowing disorders. It is a minimally invasive procedure that uses endoscopic technology, so it can help patients get back to their work, activities and lives much faster without having to spend too much time recovering in the hospital.

Sandy says all the physicians she interacted with at UC Health went above and beyond to provide the care she needed. She credits the attention they gave her along with their thoughtful referrals as a reason why she had so much confidence in trying the Z-POEM procedure, the first to be performed in the region.

“Without a doubt, I had a lot of confidence in Dr. Grimes and UC Health,” Sandy said. “You could tell with Dr. Grimes’ training and how my care team worked together that this was a good surgery for me to try.”

The surgery was short, lasting approximately a couple of hours. Sandy says the recovery has been easy as well, given she needed to stay at the hospital for three days without setbacks.

After the procedure, she could tell an immediate difference. Before, it felt like there was a pouch in the back of her throat. Now, it feels normal, and she can’t even feel where the pouch used to be.

Through years of health complications and hardships, Sandy counts her experience with UC Health as a win. To celebrate, she visited with family and had one of her favorite meals: blackened salmon with sautéed vegetables. She was able to enjoy the meal and spend quality time with her family without complications.

“It’s been a long time since I was able to enjoy a meal like that,” Sandy said. “I feel like I am getting my life back and owe a big thanks to UC Health.”