Twelve years ago, 66-year-old Barbara Grote went from enjoying a relaxing life in retirement to fighting for her life through cancer treatments. 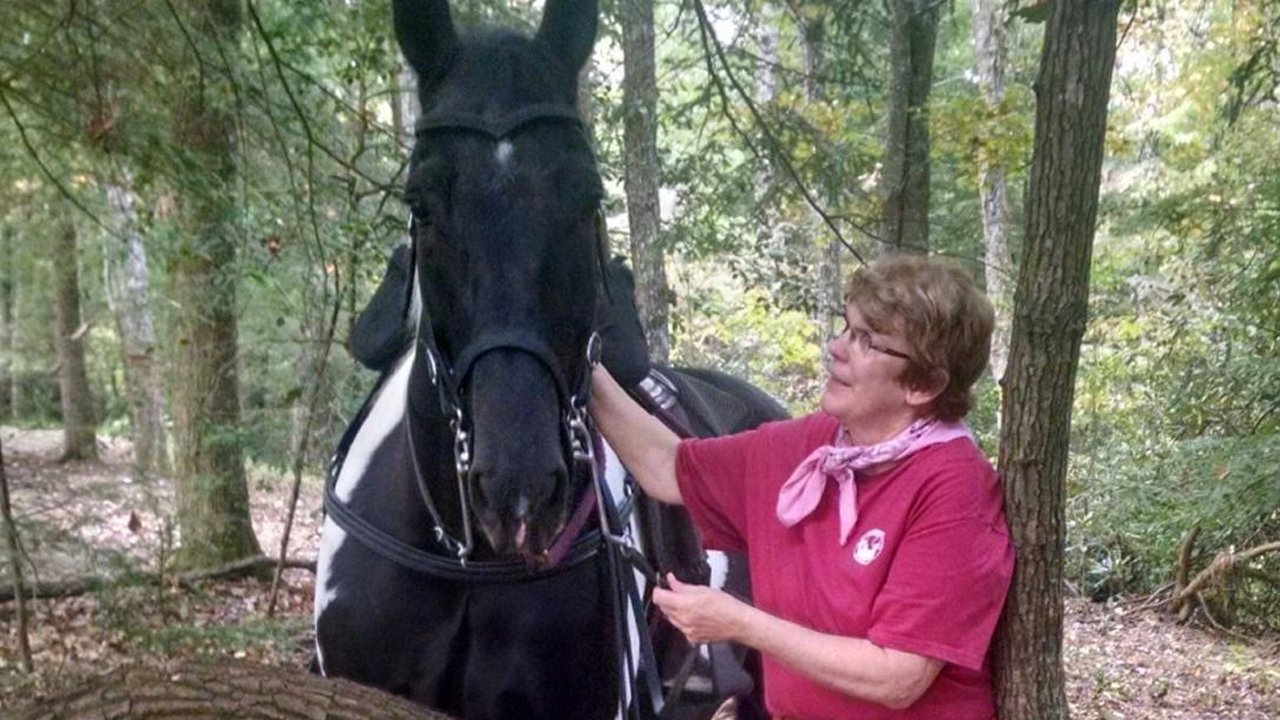 Barbara wonders to this day how she was diagnosed with mesothelioma, a type of lung cancer caused by exposure to asbestos, despite experiencing zero symptoms and seemingly no exposure.

The Boone County, Kentucky, resident retired from Delta Airlines in July 2008. She was preparing to enjoy the remainder of her life in peace with her husband, Daryl. The couple owns a horse farm and they often travel to different horse camps in Kentucky, Indiana and Tennessee.

Barbara’s quiet life in retirement had to be put on hold, and she wouldn’t be able to return to it for nearly eight years.

During a horse riding trip in Somerset, Kentucky, in September 2008, Barbara was accidentally thrown off her horse, knocking her unconscious. She woke up hours later after being transported via air care to a hospital in Knoxville, Tennessee.

Barbara went through standard testing while she was in the hospital. An MRI revealed a malignant tumor on her aorta, along with other smaller tumors. She was immediately referred to a thoracic surgeon in Kentucky after being treated for her injuries from her horse riding accident.

“It was a total shock,” Barbara said. “I’ve never been sick in my life, nor did I ever have to go to the doctor.”

There is no cure for mesothelioma, but treatments could possibly improve her condition.

Due to the complexity of her condition, Barbara was then referred to the Lung Cancer Center at the University of Cincinnati Cancer Center to see John Morris, MD, UC Health medical oncologist and professor of medicine at the UC College of Medicine.

Barbara went through two surgeries, chemotherapy, radiation and then cryosurgery—all with the purpose of removing her tumors and preventing her cancer from spreading.

Dr. Morris recommended Barbara begin a study drug treatment as part of a clinical trial. As the region’s academic healthcare system, UC Health offers clinical trials, which help find new ways to safely prevent, detect and even treat cancer. Clinical trials also help to improve the quality of life for patients during and after treatment.

Although Barbara was curious about how she could possibly be diagnosed with mesothelioma, she didn’t hesitate to start the clinical trial. She knew her care team at UC Health would do everything they could to save her life.

“I knew I was in the right place. UC Health is the place to come because of the research done at the UC College of Medicine,” Barbara said. “Your best options for treatment are there.”

Barbara spent 18 months on a clinical trial that helped remove any tumors she had in her body. Even though her treatments were difficult at times, she always felt like she was in the right place and in the best hands.

“I received better treatment there than anywhere I’ve ever been,” Barbara said.

Barbara’s cancer has been in remission for four years now.

Thanks to her care team at UC Health —and the support of her husband and two children, Crystal and Holly—Barbara has been able to return to her life in retirement—spending winters in Florida and caring for their two horses on their farm in Petersburg, Kentucky.

Barbara remains grateful to Dr. Morris and UC Health for their tireless efforts to get her cancer into remission. She continues to see him every three months, and she remains supportive of the healthcare system as it continues to bring the best technology to Cincinnati and the region.

“I tell people, ‘If you have lung cancer, go see Dr. Morris at UC Health,’” Barbara said. “If it wasn’t for him, I wouldn’t be alive today.”

Months of Isolation During COVID-19

As they typically do every year, Barbara and Daryl traveled to Florida to spend the winter. But as the COVID-19 pandemic began to make its way into the U.S., Barbara decided it might be better to head home early. Because of her age and past lung complications from having mesothelioma, she knew she could be more susceptible to not only contracting the virus but having severe symptoms.

For over five months, Barbara remained self-quarantined with Daryl. They took few trips outside of their house. The only time they spent outside of their home was to walk around the neighborhood and to ride horses occasionally. Daryl did all of the grocery shopping and purchased masks for them. Neither of them could physically see their children or grandkids.

This was the most difficult part for Barbara. “There were just too many risks. We knew we had to stay in and protect ourselves,” she said.

COVID-19 caused Barbara and Daryl to miss birthdays, Easter and their 26th wedding anniversary. Finally, they were able to see some of their kids and grandchildren, from a physical distance, on Mother’s Day. They saw the rest of their family in June.

To this day, Barbara continues to remain vigilant during COVID-19 to ensure she remains healthy and safe. She will be coming back to UC Medical Center for an appointment and CT scan in July 2020. Although she is anxious about her CT scan, she feels confident because of her UC Health care team.

“Whenever you get a CT scan, you hold your breath. You always have that fear that the cancer could come back,” Barbara said. “But Dr. Morris always makes me feel better.”

Barbara has remained strong and persevered during these challenging times. She looks forward to getting back to normal life and spending more time with friends and family when the pandemic is over.