It didn’t take long for Kenny Crawford to decide that four-hour, three-times-a-week hemodialysis treatments just weren’t for him. 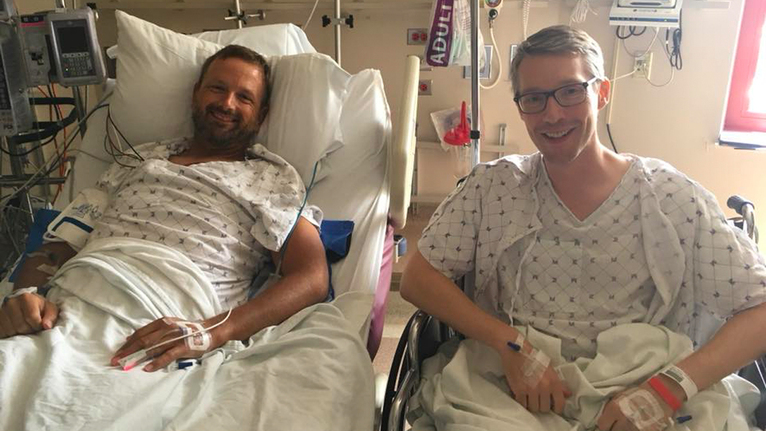 After just a few, the 42-year-old—who had just suddenly learned in December of 2017 that he had end-stage kidney disease—switched to a dialysis treatment that could be administered at home overnight.

By March 2018, Kenny was on the registry to receive a kidney transplant.

But waiting for an organ from a deceased donor, which takes on average three to five years, wasn’t something Kenny was willing to accept either.

“My goal was not to wait for a deceased donor, to really advocate things and try to promote people to get tested to see if they wanted to give a kidney for me,” said Kenny, a Park Hills resident. 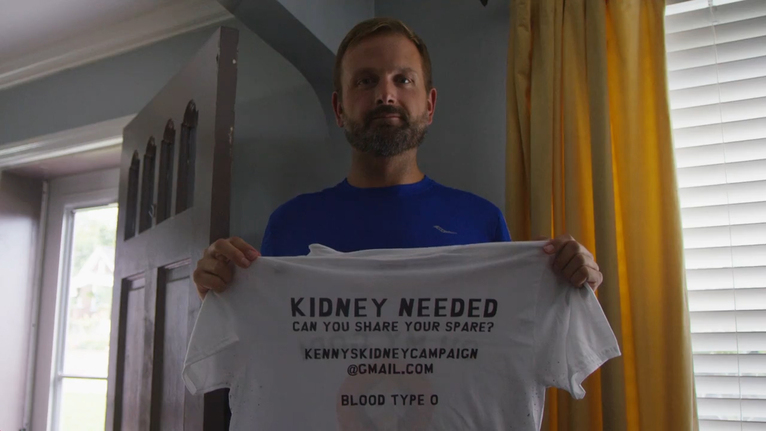 He began sharing his journey on social media. Soon, “Kenny Needs a Kidney,” became the campaign slogan advertising his plea to the world.

Jeff Schwarz had never met Kenny before. He only knew him as a friend

of his sister-in-law—and from a photo shared on Facebook of Kenny and some friends wearing “Kenny Needs a Kidney” t-shirts.

“I didn’t really hesitate much,” Jeff said—just a week prior, he had been talking to his wife and even said he would be willing to donate an organ if someone needed it. “Unless there was some real immediate risk to my health in doing it, it didn’t seem like that big of a sacrifice to me.”

Not only can a living donation decrease the time waiting for a new organ, but it often has higher long-term success rates. It also saves the life of the next person on the deceased organ waiting list.

Jeff got tested. Of three matches, he was the best one.

To Kenny, the match was a massive relief—“a big weight had been lifted off my shoulders,” he said. The father and husband-to-be had endured a whirlwind of medical procedures and waiting over the last seven months. 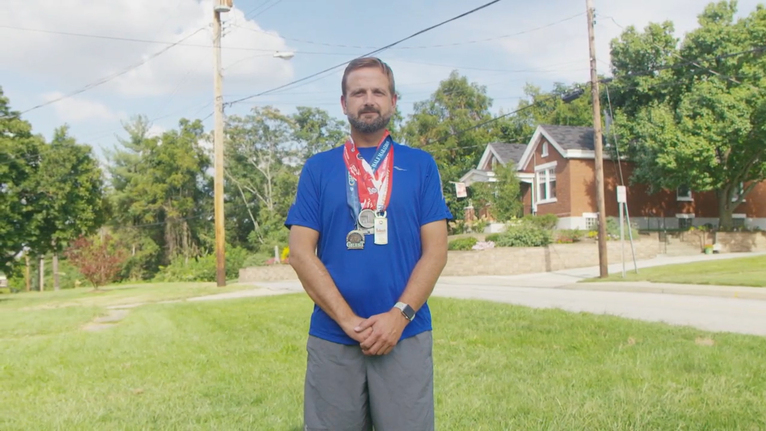 Until just before New Year’s Eve, everything was normal—Kenny even ran a half-marathon and a 10K in November 2017. A trip to an emergency room in Northern Kentucky because of sudden chest pains at the end of December dealt the diagnosis: hypertension crisis, the likely culprit of his newfound end-stage kidney failure.

“It was very overwhelming,” he says. “Because you hear ‘dialysis,’ but you don’t really know what it is because you may not really be exposed to it. It’s just a lot of ‘what if ’s’.”

Jeff, by then still just an acquaintance, was wheeled to the operating room to give one of his kidneys to someone he had just met. He gestured an “OK” sign with his hands to Kenny as he passed.

The two, now recovering well, share a common bond that will last a lifetime.

“The way I always said it, is with the things we have going on in our society these days, you kind of start to lose faith in humanity,” Kenny says. “And then someone like Jeff comes along and restores it.”

Jeff doesn’t see himself as a martyr.

“Finding out that I have the opportunity to make that kind of difference to somebody, I really do feel blessed to be able to do that,” he said.