Sign of the Times: Digestive Disorders Are on the Rise

The bad news? Stomach problems are on the rise. The good news? Should you develop any issues, medical advice and treatment can help you live a happy, healthy lifestyle. 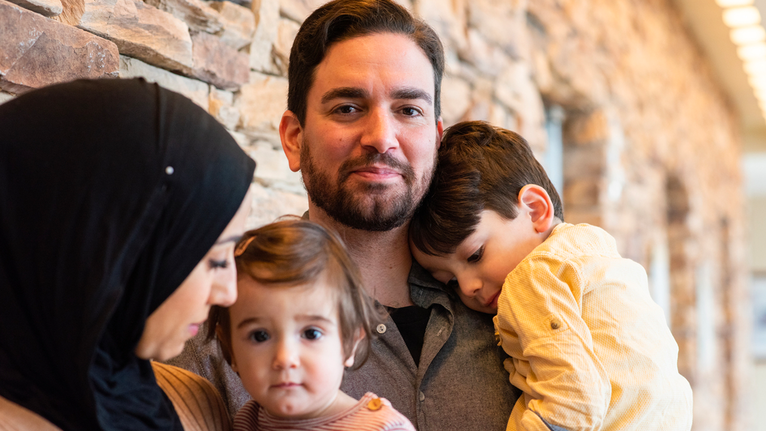 Hany Al-khedr, MD, UC Health gastroenterologist and assistant professor of internal medicine for the University of Cincinnati College of Medicine, says that more people are experiencing gastrointestinal problems than they have in the past, and there is a direct correlation between this increase and lifestyle changes. It has become even more pronounced during the COVID-19 pandemic.

“People are on the rush with a fast-paced lifestyle,” says Dr. Al-khedr, “They are not eating the right types of food and they are eating too late at night. The increase in issues is not due to the virus itself, but the stress of the pandemic has an effect on the digestive tract—it is very closely related.”

IBS, GERD and Colorectal Cancer on the Rise

Specifically, the most noticeable rise is in patients experiencing irritable bowel syndrome (IBS) and gastroesophageal reflux disease (GERD). Both gastrointestinal diseases include internal discomfort, with IBS in the abdomen, and with GERD in the chest or esophagus.

However, what is most concerning is the rapid increase in the incidence of colorectal cancer among young adults, which drove updates in the recommendations to start screening for colon cancer beginning at the age of 45 for average risk individuals.

“Almost half of the patients I see in the office with reflux disease stems from the wrong lifestyle habits. They fix it and move on,” Dr. Al-khedr says about the causes of IBS and GERD. His best advice is to go back to the basics of what you learned as a kid—eat a balanced diet, exercise and get a good night’s sleep.

When a patient comes to see Dr. Al-khedr in the Digestive Diseases Clinic on the UC Health West Chester Campus, 70% of the time he can figure out what is causing a patient’s symptoms just by talking to them. He asks about the patient’s diet, medications and sleep habits, and then makes suggestions that, if followed, will significantly improve their life.

Gastrointestinal Disease: A Culprit for More Than You Expect

Two areas over which patients have no control exist—age and genetics. For example, 33-year-old Khalid Badawi developed aches in his joints a few years ago, saying he had inflamed knees and ankles, and experienced constant back pain. Naturally, he saw an orthopaedics doctor to see if he was suffering from arthritis, as he has a family history of the condition. He was shocked when the orthopaedic doctor told him his joint swelling and pain was coming from gastrointestinal problems.

He met with Dr. Al-khedr who recommended that he have an upper endoscopy, an outpatient procedure used to examine the digestive tract, and a colonoscopy, allowing doctors to view the large intestine and rectum. 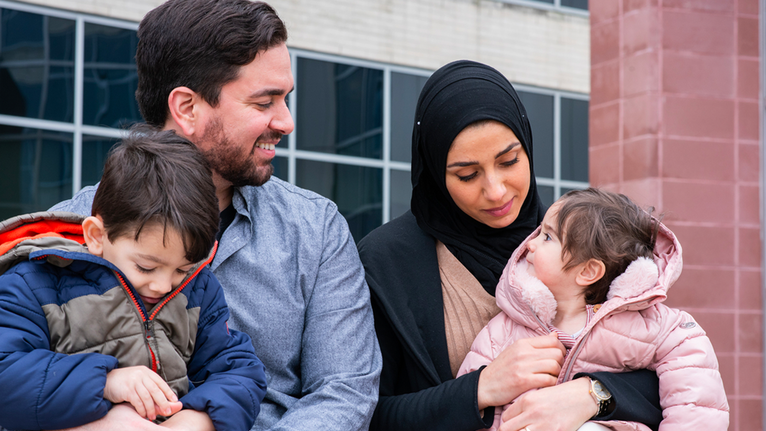 Results confirmed what Dr. Al-khedr had suspected—he diagnosed Khalid with Crohn’s disease, a type of inflammatory bowel disease that causes inflammation of the digestive tract, which can lead to abdominal pain, severe diarrhea, fatigue, weight loss and malnutrition.

Crohn’s disease is unique to gastroenterology because a portion of the disease is genetic. Some people, like Khalid, are more pre-disposed to developing it, but like other gastrointestinal disorders, it can be greatly improved with dietary changes and medical management.

As Khalid dealt with what he called a mind-boggling diagnosis, he was relieved to have some answers. He was also overwhelmed by the lifelong implications and the genetic aspect—something he knew nothing about and something of which he had no known family history.

Dr. Al-khedr recommended Khalid adopt a low-residue diet, which is specifically meant for patients with severe Crohn’s disease, and essentially means that the patient eats foods that are easy to digest, while cutting back on foods that are not. High-fiber foods, whole-grain breads and cereals, nuts, seeds and raw or dried fruits and vegetables should be avoided. Those foods all have residue, or undigestible food that makes up stool. The goal of this diet is to have fewer and smaller bowel movements each day.

“I never thought I would have a doctor tell me not to eat fruits and vegetables.” Khalid jokes, but to avoid the possibility of surgery, he was willing to try it.

In addition to genetics, age is an uncontrollable factor that can cause gastrointestinal problems. Dr. Al-khedr explains that as we grow older, developing issues is a natural process. As our population continues to live longer, diagnosis of digestive issues is increasing as well.

Several warning signs indicate that it is time to see a gastroenterologist. The most important one is new, acute changes in bowel habits.

“Perhaps, you used to have a bowel movement every day by the clock,” Dr. Al-khedr explains. “But all of a sudden, it has been a week without a bowel movement—that can be of concern. It’s also noteworthy if your stool caliber or consistency suddenly changes.”

If you have unexplained, unintentional weight loss, chronic symptoms of gas or pain, or if you see blood in your vomit or stool, it’s time to see a doctor. People who are experiencing pain and have developed anemia will need to be tested to see if another condition may be causing the symptoms.

Seventy percent of patients can be diagnosed through a simple conversation. UC Health gastroenterologists like Dr. Al-Khedr always ask patients about current medications, as well as over-the-counter medications and supplements, as they can all play a role in your gastrointestinal health.

“People have to be conscious about what they are putting in their bodies,” Dr. Al-khedr says. He recommends a balanced diet and a steady sleep schedule, telling all patients not to eat anything at least three to four hours before they go to bed.

In 20% of patients, he performs only a simple physical examination to feel the patient’s lymph nodes, abdomen and to examine their skin color to determine a diagnosis—for example, yellowing of the skin may indicate jaundice.

The other 10% of patients will need additional testing, including stool and blood tests, upper and lower endoscopies, cross-sectional imaging and ultrasounds to determine a cause of symptoms.

Most patients will be sent home with some healthy tips and reminders, and some will start on over-the-counter treatments such as a gentle laxative or acid reflux medicine. In rare cases, infusions or even surgery may be needed.

As for Khalid, a combination of prescription medication and a low-residue diet has him feeling as good as new.

“I still maintain the diet, just in case there is any regression, but for the most part, the medicine seems to be keeping it controlled,” says Khalid.

“It was a long road for him, but now he’s living a normal healthy life,” says Dr. Al-khedr.

To receive the name of a gastroenterologist on the UC Health West Chester Campus, please call 513-298-DOCS (3627).