Many of us have heard the saying, “If at first you don’t succeed, try, try again.” Venita McClair openly shares that she had weight-loss surgery twice. 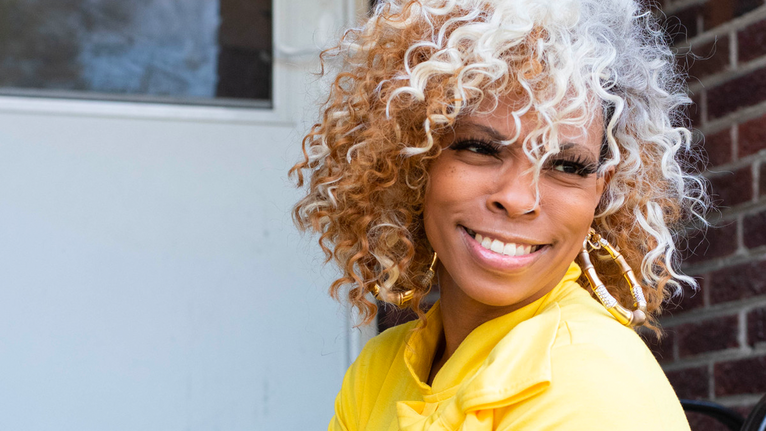 When challenges came her way with weight loss and maintaining the weight loss after having her first bariatric surgery, she decided to try again and achieved long-term success.

Today, her message to others who face ongoing weight challenges is to never give up.

Weight became an issue for Venita at age 21 after the birth of her first son. Not uncommon for many women, she gained weight after the delivery. After having her second and third babies, she continued to gain more weight until she reached 306 pounds. She says, “It is very hard to take weight off after pregnancy, and my weight just crept up and up and up.”

As many people do, Venita tried to lose weight by using a fad diet. While results were good initially and she lost more than 40 pounds, she admits that she did not research the risks, nor did she consult with her doctor. She stopped the diet and eventually, once again, gained the pounds she worked hard to lose.

Independent and strong-willed, Venita made the decision to take a stand and change her destiny. After the repeated yo-yo-ing on the scale, she felt tired and defeated. “I had run out of options and I felt like I had lost the battle,” she states. She also had watched some of her family members face similar challenges with obesity and decided to overcome this genetic challenge.

Venita attended an informational seminar offered by the UC Health Weight Loss Center in 2016. Not long after, she had her first weight loss surgery – sleeve gastrectomy – at UC Health’s West Chester Hospital.

What is sleeve gastrectomy?

Gastric sleeve is a minimally invasive, laparoscopic surgery where the surgeon makes tiny incisions, less than one-half inch each in the abdomen, rather than a single, large incision like traditional surgery. It involves removing about 80% of the stomach, leaving a long banana-shaped sleeve that acts as the new, smaller stomach. One of the biggest advantages of having this surgery is that the part of the stomach where the hunger hormone is made is removed during the procedure, which can help reduce the feeling of hunger.

How does revision surgery work?

Obesity is a lifelong chronic disease. There is no cure, only tools to help patients manage obesity. Surgery is the most powerful tool we have, but every surgery can be undone by bad habits creeping back in or life getting in the way.

“Revision surgeries make up about 17% of the cases in bariatric surgery,” states Dr. Thompson, “Which is almost the same frequency as a primary “Roux-en-Y” gastric bypass surgery.” Gastric bypass is a type of weight-loss surgery that involves creating a small pouch from the stomach and connecting the newly created pouch directly to the small intestine.

Sleeve gastrectomy has been the most commonly performed operation during the last eight years in the U.S. For all revision surgeries, each person’s anatomy is evaluated to see if there is something that can be fixed. Revision options are dictated by the anatomy and the problems that need to be solved.

“For weight regain, if a patient has a sleeve that has stretched and they had good weight loss with the first sleeve, a “re-sleeve” is a great option. If the sleeve is normal, our preferred approach is a “loop duodenal switch,” also known as a “single anastomosis duodeno-ileal (SADI) bypass. In addition, we sometimes combine these procedures,” says Dr. Thompson. “For reflux that cannot be controlled with medications, we often suggest converting the sleeve to a Roux-en-Y gastric bypass procedure. One of the great things about a sleeve gastrectomy is that it is a surgical procedure that is easily added to. In fact, sleeve gastrectomy was once a staging operation, and it was converted into either a Roux-en-Y gastric bypass or a duodenal switch.”

Dr. Thompson adds, “Many patients agonize over the decision of choosing the best procedure for them. I like to think about the decision as the decision to treat obesity. Most anatomy that we create as bariatric surgeons is modifiable.”

Dr. Thompson urges people facing weight challenges, including the need for revision surgery. “Don’t wait to treat your obesity. If you regained weight after your first procedure, come back to UC Health. Don’t give up – we are here to help, and there are many options available.” 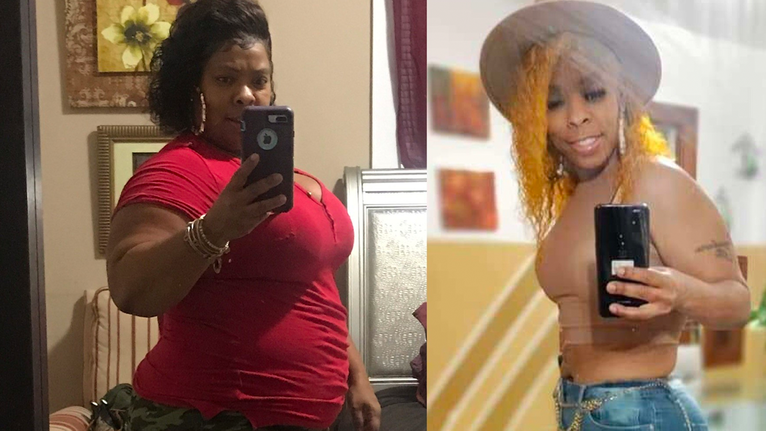 After the surgery, Venita recalls that she did well at first. “I was on it – I was really on it!” She was working out, attending exercise classes and lost nearly 100 pounds. But she admits – life kicked in. “I’m not going to lie, I did a lot of things,” she says. And within two years, she had gained her excess weight back.

Facing the weight regain head on, Venita confidently persevered and made the decision to return to the UC Health Weight Loss Center. Her weight was 287 when she had her second gastric sleeve surgery in October 2019.

Her demeanor changes when talking about her revision gastric sleeve surgery. This time around, she’s rewriting her success story long term. “I am two years post-op. I didn’t even make it to two years with my first surgery.” Two years out, she’s lost more than 130 pounds. “I now weigh 153 pounds and wear a size 6.” Previously, she wore a size 22.

This time has been easier, she says. She focuses more on what she puts into her body. “I eat a lot of protein,” she adds. “Protein, protein, protein.” One of her favorite foods is black-eyed peas. “I also still do my protein shakes every morning with my coffee.”

At 39 years old, Venita shares that she had to get acquainted with the “new Venita.” She admits that she had to go through a bit of a grieving process to get used to her new body, but it’s been worth it every step of the way.

Another Shot at Life

Venita is looking forward to living her new life with her new body and a positive outlook. “I’ll be honest, the best part of having this second surgery is that I have another shot at life. I can rewrite my rebirth.”

She also can’t speak highly enough of the UC Health Weight Loss Center team. “I freakin’ love them. I love all of them to pieces. From the schedulers to the dietitians, there has never been a time when I have called and no one has been able to help me. From having pain, to medication refills, to a silly question, to why did I gain a few pounds or why am I not feeling full when I eat? They are very helpful – they always provide answers to your questions. They do a phenomenal job and I love everyone there.” 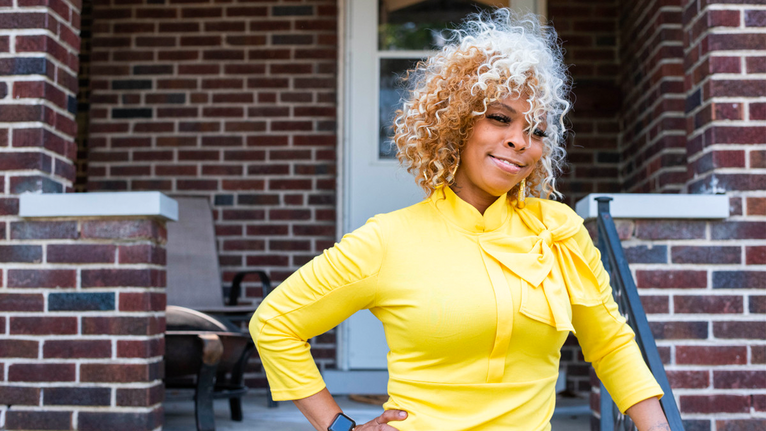 For those who are facing ongoing weight challenges and are looking for help, Venita says always reach out. “Don’t be afraid to reach out to the Weight Loss Center. Go to an information session, attend a support group meeting or just call them. They will help you get back on track.”

Help Is Just a Phone Call Away

Regardless of how much time has passed since having bariatric surgery, patients are encouraged to contact the UC Health Weight Loss Center team anytime with questions or to schedule an appointment with a provider, including dietitians and behavioral health specialists. Patients continue to have annual visits with the Weight Loss Center to review lab results and to check in with their provider.

A free support group to connect and share with others, as well as discounted fitness sessions at Daniel Drake Center for Post-Acute Care, are available.