Learn how UC Health’s experts helped Will Achberger defy the odds and overcome a heart attack that led to cardiac arrest. 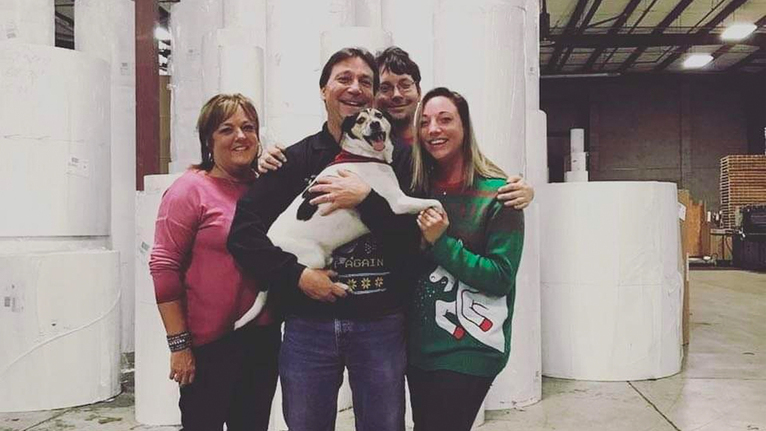 Will Achberger, 56, considers himself lucky in more ways than one. He has been married for 35 years to his high school sweetheart and is self-employed in a family business that was started by his father. He even performed as a drummer in a local band for 12 years. But on Jan. 19, 2020, Will’s life changed in an unexpected, dramatic way.

Will never expected to add cardiac arrest survivor as part of his life story. There is no family history of heart failure. As the son of a World War II veteran, both of Will’s parents are in their 90s, and are alive and well.

“Shocking doesn’t even begin to describe what happened,” said Will. “I pinch myself because I feel so blessed and fortunate to be here, but I do look back and still think, ‘How in the world did this happen?’ My family and I were so blindsided.” 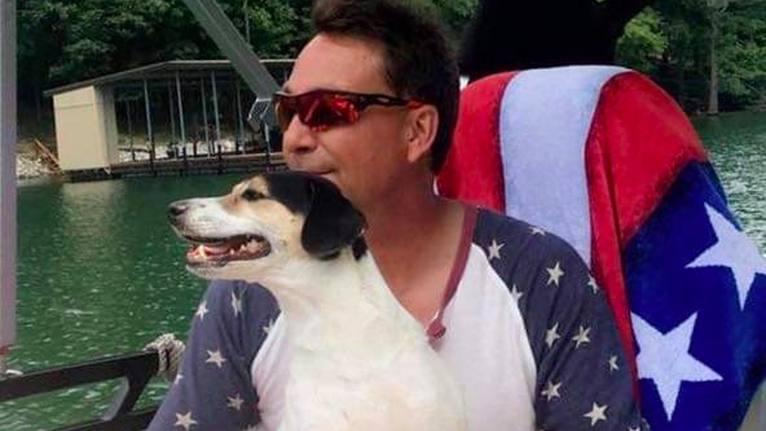 It happened on a Sunday. Will took his dog for a walk, but then came back home with what felt like sudden flu-like symptoms. The flu had been going around at work. But his symptoms were sudden and severe. Cold chills, sweating and vomiting.

Will’s wife, Beth, was getting ready to leave with their daughter when she came upstairs. To her surprise, Will, who rarely ever sits still, was curled up in bed. She knew right away that something was terribly wrong.

Will was unconscious and did not have a pulse.

Panic-stricken, Beth immediately took action. She called 911 while Will’s daughter performed chest compressions on him. His daughter did not have any CPR training, so she relied on the 911 dispatcher’s instructions.

Naseer Khan, MD, UC Health interventional cardiologist and assistant professor in the Department of Internal Medicine at the University of Cincinnati College of Medicine, cannot emphasize enough the importance of performing timely CPR.

“Will was experiencing a sudden cardiac arrest, which is a life-threatening condition,” Dr. Khan explained. “However, if CPR is performed within the first few minutes, such as what his daughter did, then you can increase the chances of survival, although the mortality rate still remains very high in these patients.”

Will’s condition was severe, so he needed all of the assistance that was provided. His daughter continued administering chest compressions while they waited for emergency medical services (EMS) to arrive.

“When I look back at the chain of events, everything that needed to happen, happened in the right way so that I can still be here,” Will said. “From my wife finding me as fast as she did, to my daughter doing CPR. I’m told that by the time the paramedics arrived, I was completely out.”

Upon arriving, EMS continued administering CPR for 30 minutes. It didn’t take long for EMS to assess Will’s condition, before carting him off into an ambulance. During his medical transport, Will was hooked up to a medical device that continued compressions, in addition to being shocked five times by a defibrillator to start the heart, all before arriving at UC Health’s West Chester Hospital.

The Power of Hope in Academic Medicine

“When Will first arrived, things didn’t look promising,” Dr. Khan said. “Our team checked his pulse, there was no pulse. He was not responding. He was not breathing. The bedside echocardiography (echo) also demonstrated meager to almost no cardiac activity for him.”

Dr. Khan was on call the day Will arrived. The team performed laboratory work on Will to help determine the best course of treatment for him. While doing so, compressions continued as Will’s care team provided potassium, magnesium and calcium based on his lab results.

However, even with immediate care being provided to Will, he still was not sustaining a heartbeat. His care team discussed with his family the possibility of having a poor prognosis, with long-term effects such as brain damage being a real probable outcome for him.

While digesting this grim news, Beth said to his care team, “Keep doing what you can for him. I will take whatever I can get out of him.”

Will was quickly transferred into the cardiac catheterization laboratory (cath lab). Dr. Khan suspected that Will had a clot in the heart artery. Within minutes, Dr. Khan’s suspicions were proven correct. Will’s left anterior descending artery (LAD) had critical blockage. When this occurs, blood flow to the left side of the heart stops, which causes the heart to stop beating altogether. LAD is also called the “widow maker artery”, because it supplies a large portion of heart muscles. People who get blockage in this artery sometimes cannot even make it to the hospital.

“We were able to open the artery and place a stent within 15 minutes of Will’s arrival to the cath lab,” Dr. Kahn said. “The stent established blood flow to the heart, which means the heart can have a chance to start pumping again, hopefully returning to a healthier functionality.”

A stent is a small tube that is typically made out of wire mesh. Once the procedure is performed, stents are permanent, especially in the case of a cardiac arrest or heart attacks.

Due to Dr. Khan’s quick thinking and the highly skilled cath lab team’s leading-edge care, Will’s heart activity showed such strong improvement that he required less medications. While Will’s circumstances were promising, his care team still wanted to monitor his condition, given the near-fatal event he just survived.

Will was transferred from West Chester Hospital to UC Medical Center, where his care team could provide immediate attention in case his condition worsened or he needed sudden open-heart surgery.

However, Will continued to persevere and show remarkable recovery. He was able to breath on his own and was quickly taken off a ventilator. He remained at UC Medical Center for five days before being discharged. 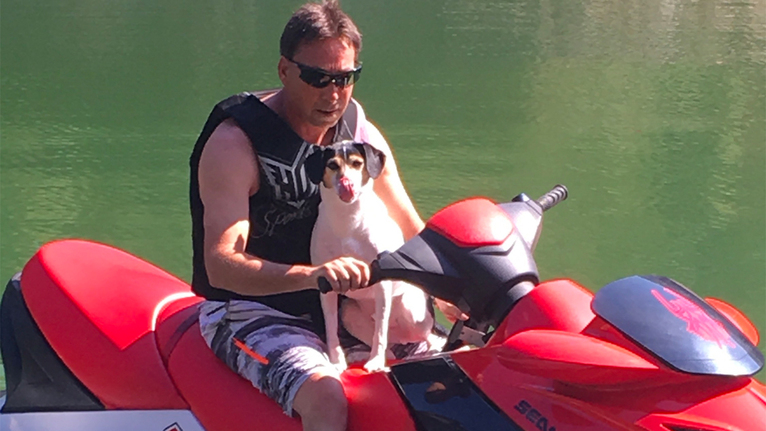 Will defies the odds of survival.

Dr. Khan says that patients who arrive with cardiac arrest have a mortality rate of about 50%. Will’s case, however, is unique. In total, Will had been down—unconscious, no pulse and was not breathing—for multiple hours.

“Will’s case is a highly fatal case,” Dr. Khan explained. “With him being down for as long as he was, mortality is close to 70-80%. Despite his high mortality rate, he was very successful.”

“I felt like there was something very fitting about seeing Dr. Khan on that particular day again,” Will said.

Will takes medications now that he has a stent, and his clinic visits usually consist of doing bloodwork to ensure his cholesterol remains low while monitoring his heart’s recovery with ultrasounds.

Overall, Dr. Khan finds Will’s case to be quite rare, given there were no warning signs for him regarding heart failure. Will does not have diabetes, and he has no family history of heart failure. He was a cigar smoker, but has since quit.

Given the unique circumstances that occurred to Will, Dr. Khan recommends taking any of these warning signs seriously: Cold sweats, nausea, heartburn, abdominal pain, pressure in the chest or arms that may spread to the neck, jaw or back, shortness of breath, fatigue and lightheadedness or dizziness. All of these are symptoms of a heart attack, and a heart attack can lead to cardiac arrest.

“I am so grateful for my care team at UC Health,” Will said. “With their technology and the doctors they have available, I feel like I had the upper hand in overcoming what happened. I’m so happy with my care and definitely feel like I’ve been given a second life now.”

What are the Differences Between a Heart Attack and Cardiac Arrest?

When the heart is not beating, it cannot pump blood. Without blood, vital organs such as the brain and the lungs can no longer function. Sudden cardiac arrest causes a person to be unconscious and breathing stops. If treatment is not started right away, sudden cardiac arrest can lead to death.

In Will’s case, he was given a much better outcome. He was given hope and a new lease on life. 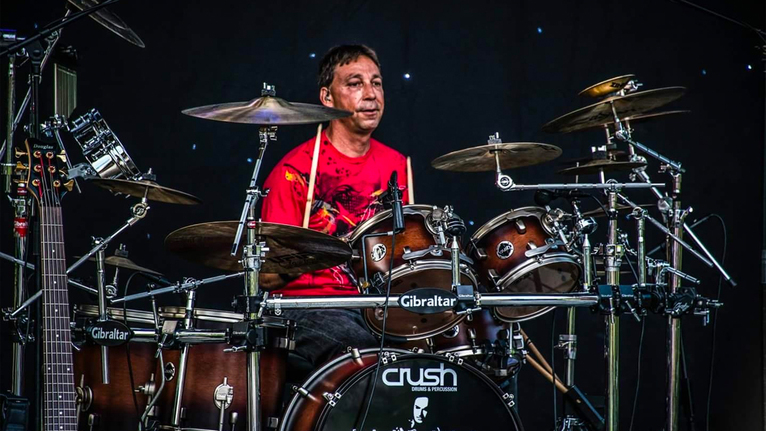