The Ultimate Gift: A New Heart

When all hope seemed lost for Doug Fassold, he came to UC Health. On Nov. 28, 2019, Doug received the greatest gift he and his family could have asked for—a new heart. 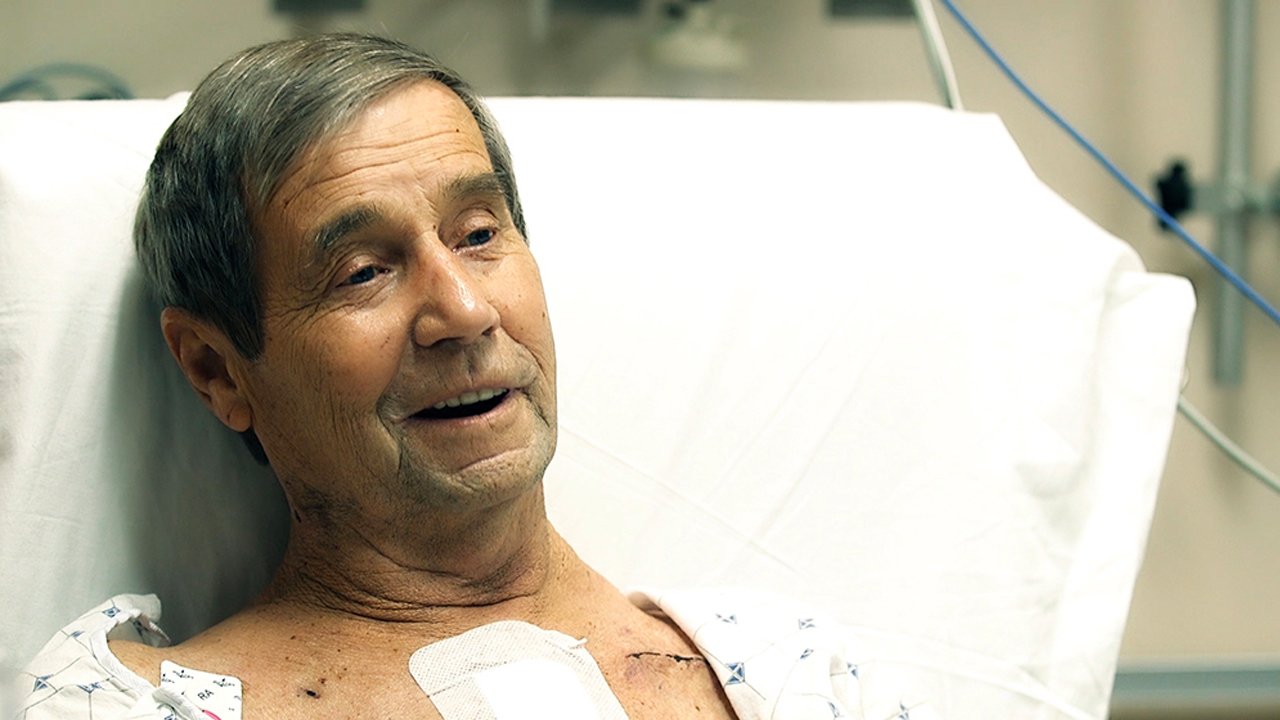 Beginning in his late 30s, he started having problems with back and leg pain. By the time he reached his mid-40s, he was no longer able to do his job in construction. Shortly after transitioning careers, he would have his first of what would be five heart attacks.

“My heart kept getting weaker and weaker,” Doug, 70, said.

Doug was being treated at a nearby community hospital for his failing heart. He could hardly breathe or walk. But physicians at this hospital told him there was nothing they could do to help him. Their only recommendation: hospice care. He was discharged and sent home with no answers and no hope.

“It was pretty depressing. I knew my heart was bad, but you don’t want to face it,” Doug said.

It felt like this was going to be the end for Doug, but he decided to pursue one last option. He came to the University of Cincinnati Heart, Lung and Vascular Institute, which in partnership with the UC College of Medicine, leads the region in advancing cardiovascular care.

“As soon as Doug got here, I was confident that our heart transplant team would be able to help,” Dr. Louis said. “Our cardiac surgery team has leading-edge treatment options to give patients the best outcomes.”

Doug’s care team at UC Health removed excess fluid he was carrying and performed a cardioversion, a procedure that restores normal heart rhythm for those with abnormal heartbeats.

His team also gave Doug something else that he hadn’t had in a while—hope.

UC Health offers patients another option available nowhere else in the region. In conjunction with the UC College of Medicine, UC Health offers the most clinical research in the region to help give a patient hope despite a difficult prognosis. Doug participated in a clinical trial for his heart.

For about a year, Doug would return to UC Health as part of his clinical trial. While his condition improved, he knew that ultimately he’d need a new heart. Dr. Cotarlan suggested he go through the process of qualifying to get on the national transplant list.

After consulting many clinicians from different departments, Doug qualified for the national transplant list. He would spend the next four months waiting for the call that would change his life forever.

UC Health is home to the region’s only heart transplant program. In addition, the UC Heart, Lung and Vascular Institute is the region’s only center of excellence for cardiac arrest and shock patients. The health system also routinely receives recognition from the American Heart Association for its quality of cardiac care.

Doug continued to see his care team at UC Health over the next few months while he waited for a new heart. He wasn’t sure exactly when he’d get that call, or if it would even happen.

That day would ultimately arrive on the eve of Thanksgiving. Doug was doing work in his garage when he walked back into his house to check his phone. Martina Schmidt, UC Health heart transplant coordinator, had left him a message with the best news he could’ve asked for. They had a heart ready for him.

“I don’t know how you could ever explain that feeling,” Doug said. “Because in my mind, I thought I would get a heart in a year or two, but not four months. It blew my mind that it could be that fast.”

Doug’s new heart came from a donor in Pittsburgh, Pennsylvania. A UC Health cardiac surgeon traveled to Pittsburgh to personally pick up and transport the organ. With Thanksgiving Eve being one of the busiest travel days in the U.S. and weather conditions too windy for transport via helicopter, the heart was brought back to Cincinnati on a jet.

As soon as Doug found out that the organ was ready, he called his daughter, Stephanie, who took him to UC Medical Center. This was going to be a special moment for both of them.

Not only was Doug going to have his heart transplant on Thanksgiving, but it also happened to be Stephanie’s birthday. Throughout his entire journey at UC Health, Stephanie was Doug’s greatest support.

Although Doug was nervous, he was excited for the transplant and knew he was in good hands. Antonio Panza, MD, cardiac surgeon and associate professor of surgery at the UC College of Medicine, performed the transplant.

“I knew right away that this heart would be good for Doug,” Dr. Panza said. “As long as we were able to get the heart here from Pittsburgh, which we did, I knew we could transplant him and give him a new lease on life. Our goal at UC Health is to offer every patient hope.”

It’s now been close to a month since Doug’s transplant. He feels better than he has in years. With his new heart, he’ll be able to return to the hobbies he enjoys, such as fishing.

Doug is not only grateful for the donor who generously offered their heart but also to his team at UC Health, who gave him hope for a brighter future after others had cast him away.

“I would tell anyone that if they want to live, go to UC Health,” Doug said. “My care here has been excellent from the beginning.”

After having his heart transplant, Doug was able to return home and spend Christmas with his loving family. 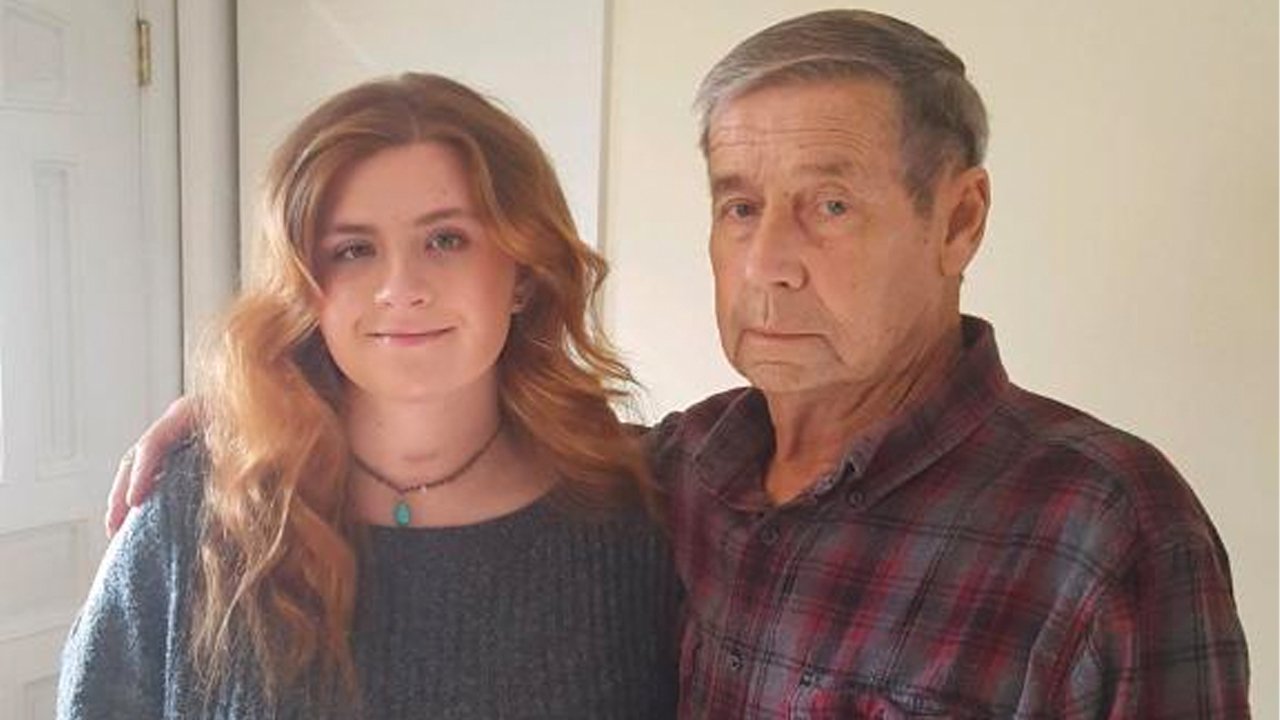