Watch for These Warning Signs

In January 2019, Manjit Marwaha, 49, walked into the emergency department at UC Health’s West Chester Hospital with his wife, Ruby, who drove him there because he was experiencing unabated chest pain for hours. 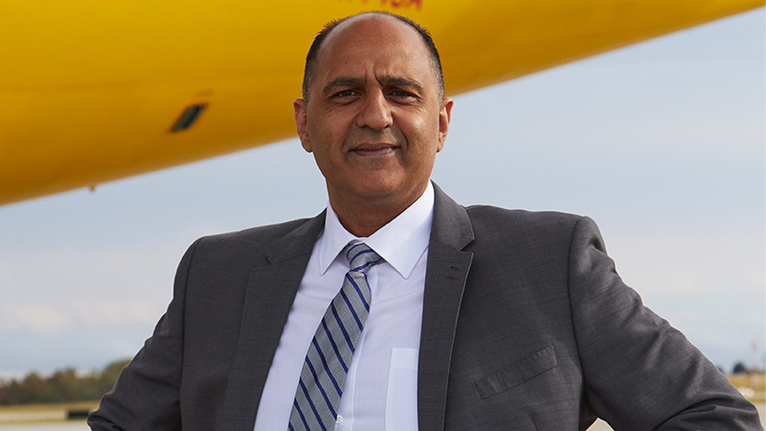 Since he had always maintained good health, Manjit did not think the pain was serious.

“I thought it was possibly indigestion or gallstones. This couldn’t be a heart attack. It’s me—I can’t be having a heart attack,” he said.

The emergency department staff keenly observed his demeanor and immediately started an electrocardiogram (EKG), a test that measures the electrical activity of the heartbeat.

“After two to three seconds, the technician stopped the test and said to me ‘Stay there,’ then rushed off,” said Manjit. “I didn’t have a clue what was happening.”

A few minutes later, a nurse calmly walked Manjit and Ruby down a corridor and into an empty room.

“She explained that my condition was serious and told me what to expect during the next 90 seconds,” said Manjit. “I couldn’t believe how accurate her explanation was, down to the precise second.”

“Dr. Khan told me I was having a heart attack. I said ‘No, that can’t be right, I can stand up and walk’—but he quickly told me to ‘Stop, please stay still.’ That’s when I knew I was in a bit of a predicament,” said Manjit. “At that moment I looked back at Ruby and apologized for anything I had ever done wrong … just in case.”

Dr. Khan explained the surgical procedure that Manjit needed and stated that a helicopter was on standby just in case the surgery was not successful. If needed, he would be airlifted to UC Medical Center for open-heart surgery.

“It was surreal,” said Manjit. “On the gurney, I saw lights flashing rapidly above me like in a film, and then I was in the operating room being prepped for surgery,” said Manjit.

He was given a mild sedative, but to his surprise, no anesthesia—Manjit observed as the team operated, and his adrenaline kept him very alert. Patients remain awake during these types of procedures because they may be asked to take deep breaths or hold their breath for a few seconds while X-rays are taken, and catheters are manipulated to reach the heart.

“I suppose that I went into an operational mode, like I do at work,” said Manjit. “To be fair, my job focuses on ‘critical mass;’ in other words, if things go wrong, no matter what it is, I have to stay calm, keep everyone steady and make decisions under pressure. Don’t get me wrong, the pain hurt, but I’m a pretty strong character, physically and emotionally.”

Manjit Marwaha is vice president of cargo operations and performance at DHL Express Americas, with operations in 220 countries across the globe. His career demands that he travel at least once a week, and oftentimes more.

Born and raised in Great Britain—his parents are from Punjab, India—Manjit moved to the U.S. in 2007 to take on a new cultural experience within a larger hub of DHL. He refers to himself as British-Indian-American. He is a proud father of four: Ben (26), Shannon (24), Amber (22) and Ethan (19).

Manjit had dealt with intermittent chest pain for about a year before seeking help. A high tolerance to pain kept him from thinking that the pain was serious. His first major red flag caused him to miss spending Christmas with his family.

“I was meant to board a DHL plane with the crew and fly from the Cincinnati airport to the UK (United Kingdom). I was supposed to wake up at 4 a.m., but somehow I woke up disoriented at 7:30 a.m. and missed my flight,” said Manjit. “That was the first time I had ever missed a flight in my life, and I spent Christmas alone.”

He’d gotten through bouts of symptoms like sudden shortness of breath, nausea and an intermittent “jabbing” pain in his arm and chest. On the morning he chose to go to UC Health’s West Chester Hospital, the pain was constant.

According to guidelines from the American Heart Association and American College of Cardiology, once a patient is having a heart attack, the clock starts ticking—the blocked artery must be opened within 60 minutes, and the sooner, the better.

“We started the coronary angiogram, placing catheters into the wrists, which travel into the heart, where dye is injected into the heart’s arteries and a tiny camera takes X-ray images so we can see exactly what’s happening,” said Dr. Khan.

Manjit had 100% blockage in his left anterior artery commonly called “the widow-maker.” This is an artery so significant that its name suggests the low survival rate if clogged. According to the American Heart Association, people like Manjit are called a “dead man walking,” because such severe blockages are normally only witnessed in autopsies if patients are not immediately treated.

Using the X-ray images as a guide, the blood clot is pulled out via the catheter. A small metallic tube, called a stent, is then placed inside the artery where it remains for life. “Stents keep the artery from collapsing,” said Dr. Khan. “Eventually, tissue forms around the stent, and the body accepts it as a normal part of anatomy.”

Within 30 of the allotted 60 minutes, Dr. Khan and his team opened the artery, allowing blood to flow through it. They placed two stents in the left descending anterior artery to ensure it would not collapse. Manjit was taken to the Intensive Care Unit for stabilization.

“His second artery was also nearly completely blocked,” said Dr. Khan. “He was living with only one artery, not enough to sustain life. He could have died before arriving to the hospital.”

A severe attack stuns the heart for an amount of time, and a patient’s body goes into shock, Dr. Khan explains.

“We put him on the appropriate medications and stabilized him. About one week later, I repaired the other artery, which had a 90% blockage.”

The widow-maker is the most serious type of heart attack, and Dr. Khan says there is about a 50% chance of survival. Time is of the essence, and the quicker a patient is treated, the higher the survival rate.

Manjit’s full occlusion, or blockage, in the widow-maker artery and 90% blockage in the second-largest artery is unusual for his young age.

“It might be correlated with his genetics,” said Dr. Khan. “His family is from India, and Asian men have a higher predisposition for developing coronary artery disease at an early age.”

A few months after the second procedure, Manjit experienced the now-familiar pain again. In about 15% of patients, the blockage in a major heart artery also involves an occlusion within a side branch. This is called a bifurcation lesion, which is complex and associated with higher needs of repeat procedures to treat narrowed heart vessels.

“We performed the third angiogram and found a blockage in the third coronary artery where we placed an additional stent—that’s how aggressive his disease was,” said Dr. Khan.

“My family was so distraught you would have thought they had the heart attack,” joked Manjit. However, he quickly becomes serious. “My thought patterns have changed because of this: I’m enjoying life a little more each day and not fussing about the silly little things. It has made me think—what am I leaving behind?

The Advantages of Telemedicine

Telemedicine is video chatting for doctors and patients. Rather than having to physically go to the doctor’s office or wait to schedule an appointment, patients essentially install an app that allows them to consult their doctor remotely. Full exams are available via video consultation.

“UC Health’s West Chester Hospital is the only hospital in the immediate area offering telemedicine for cardiology patients,” said Dr. Khan. Over a dozen patients currently qualify to utilize telemedicine via West Chester Hospital. The technology isn’t typically used for cardiology patients but proved essential for Manjit, who maintains a busy schedule that involves frequent travel.

Anatomy of a Heart Attack

Coronary artery disease is the most common form of heart disease. The condition occurs when arteries that supply blood to the heart become narrowed or blocked by plaque.

Plaque is composed of fatty deposits (cholesterol), inflammatory white blood cells, calcium and other substances that all stick to the artery wall. Plaque deposits are soft on the inside with a hard fibrous “cap” covering the outside.

As plaque builds up, which can happen over months or years, the artery becomes narrowed, and blood flow to the heart becomes limited.

If that isn’t bad enough, plaque is like a ticking time bomb, and eventually the built-up plaque spontaneously ruptures like a little volcano inside the artery.

Blood cells and platelets rush in, forming clots around the plaque and cutting off blood supply to the heart.

At that point, the heart is in “attack,” called myocardial infarction, and the damage that occurs depends on the size of the blocked area and the time it takes the person to receive treatment.