For the last 25 years, Traci Taylor has impacted the lives of patients across UC Medical Center. 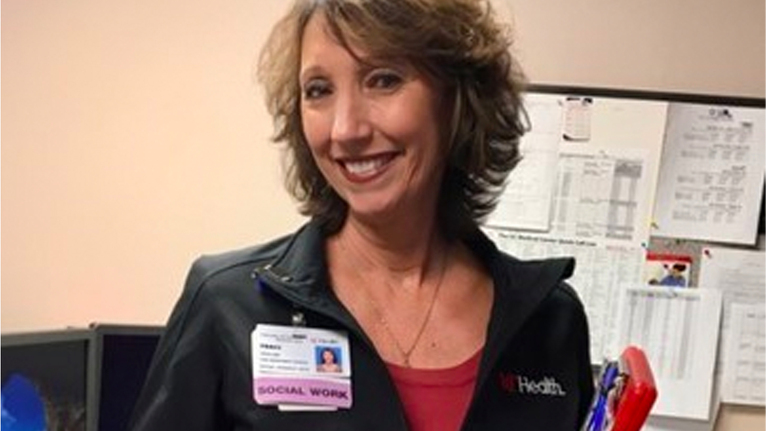 She currently works part time at UC Health as a social worker while she pursues her dream career in writing and acting.

The Walnut Hills resident has worked at UC Medical Center since 1994, where she began working on her graduate practicum internship in Psychiatric Emergency Services. She’s worked in other areas of the hospital, including the mobile crisis team. Currently, she works in hematology/oncology at the hospital.

In 2012, Traci left her full-time position to explore a different area of her life. She’s appeared in shows locally at many theaters including the Warsaw Federal Incline and Mariemont Players.

While she’s had practice preparing for her shows, nothing could’ve prepared her for the news she received two years ago.

On Sept. 21, 2017, Traci discovered a lump in one of her breasts. After visiting her primary care doctor, she discovered that she had early-stage HER2-positive breast cancer. HER2 is a protein that causes breast cancer cells to grow at an aggressive rate. Ever since she turned 40, she always had yearly mammograms, and was a few months away from her next one. At 51 years old, she continued to remain healthy.

“I was the healthiest person I knew, until I got diagnosed with breast cancer,” Traci said. “I had my physical once a year, was on no medications. I was healthy as can be.” She encourages women to know their bodies and never ignore anything that feels abnormal, as early detection is crucial to a good prognosis and long-term survival.

The news was stunning to Traci and her family, and the next month would be the most difficult on her journey. By Oct. 25, she received her first chemotherapy treatment. Traci referred to that first month as a roller coaster.

“It was a nightmare. You didn’t know what you were dealing with. You’re getting biopsies, MRIs, and you don’t have answers,” she said. “You’re also waiting because all of this has to be done before a plan can be developed, and that’s just agonizing.”

Traci and her sister, Tammy, came to UC Health’s Barrett Cancer Center and saw Elyse E. Lower, MD, director of the UC Cancer Center’s Breast Cancer Center. Dr. Lower met with them late into the evening to discuss her prognosis.

The Taylor family received a second opinion on Traci’s diagnosis, but it only validated Dr. Lower’s plan and the capabilities of the Breast Cancer Center.

Because of its connection to the university, UC Health is uniquely equipped with access to the latest research and leading-edge treatments against cancer.

UC Cancer Center’s Breast Cancer Center is the only triple-accredited breast cancer program in the region. The center is accredited by the National Accreditation Program for Breast Centers, a program of the American College of Surgeons. It has also received distinction as a Breast Imaging Center of Excellence by the American College of Radiology and a Certified Quality Breast Center of Excellence by the National Quality Measures for Breast Centers.

While Traci was going through her treatments, she continued to have a positive attitude and relied heavily on her faith in God. She even continued to prepare for her next show, where she had the lead role in “Becky’s New Car.” Dr. Lower encouraged her to remain in the show.

“Traci battled her breast cancer with great fortitude and grace. She realized how important it was to put the breast cancer journey in her life and not let it become her life,” Dr. Lower said. “She is a great role model for women as she exemplifies the importance of remaining active at both work and play as you battle the journey.”

Traci was surrounded by a multidisciplinary team of physicians, surgeons, nurses and more through the Breast Cancer Center. “Traci continued to have a positive attitude throughout her cancer diagnosis and treatment. She did not let the diagnosis of breast cancer define her,” said Teresa Meier, MD, radiation oncologist at the UC Cancer Center and assistant professor of radiation oncology at the UC College of Medicine. “Despite undergoing daily radiation treatment for four weeks, she continued to work during that time and even spent a weekend hiking in Red River Gorge.”

Throughout her journey, Traci received the greatest support from her mother and younger sister. Her mother came with her to each of her chemotherapy treatments and helped her rehearse lines for her show.

During her treatments, Traci wrote blogs about her journey. One of them included her journey before surgery at West Chester Hospital, where she met a nurse whose name had a special childhood connection to her. 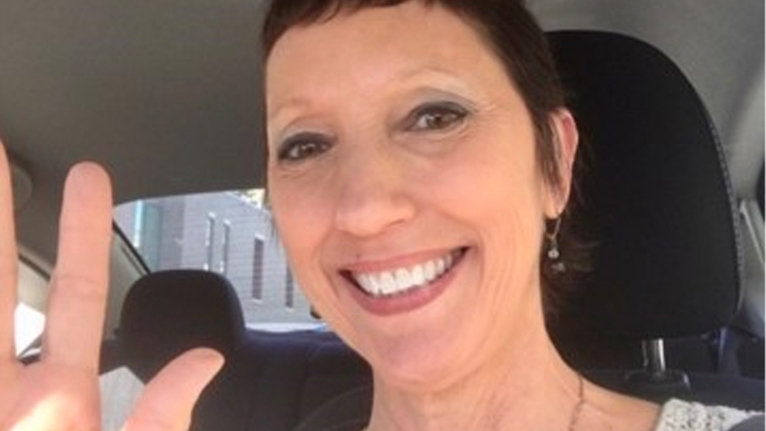 Traci received her final medical infusion on Oct. 24, 2018. She remains grateful to her care team at UC Health for everything they did to save her life.

“You want to be with a healthcare system that has all the research and follows all the proven protocols,” Traci said. “They know what they’re doing.”

Moving ahead, Traci wants to see more research done to find a cure for metastatic breast cancer for those women who are not as lucky as she was. She continues to impact the lives of patients at UC Health, and she shines bright on the stage.

“While everyone has a different response to a cancer diagnosis, some have an amazing ability to find and create meaning in their lives that defies any setbacks they face,” said Jaime Lewis, MD, medical director for breast cancer services at West Chester Hospital. “Traci is one of those individuals who has this ability, and she among others has taught me how to live in the face of adversity. I look forward to the lessons yet to come.”