CINCINNATI - Joseph Cheng, MD, has been named professor and chair of the UC College of Medicine Department of Neurosurgery effective July 1. 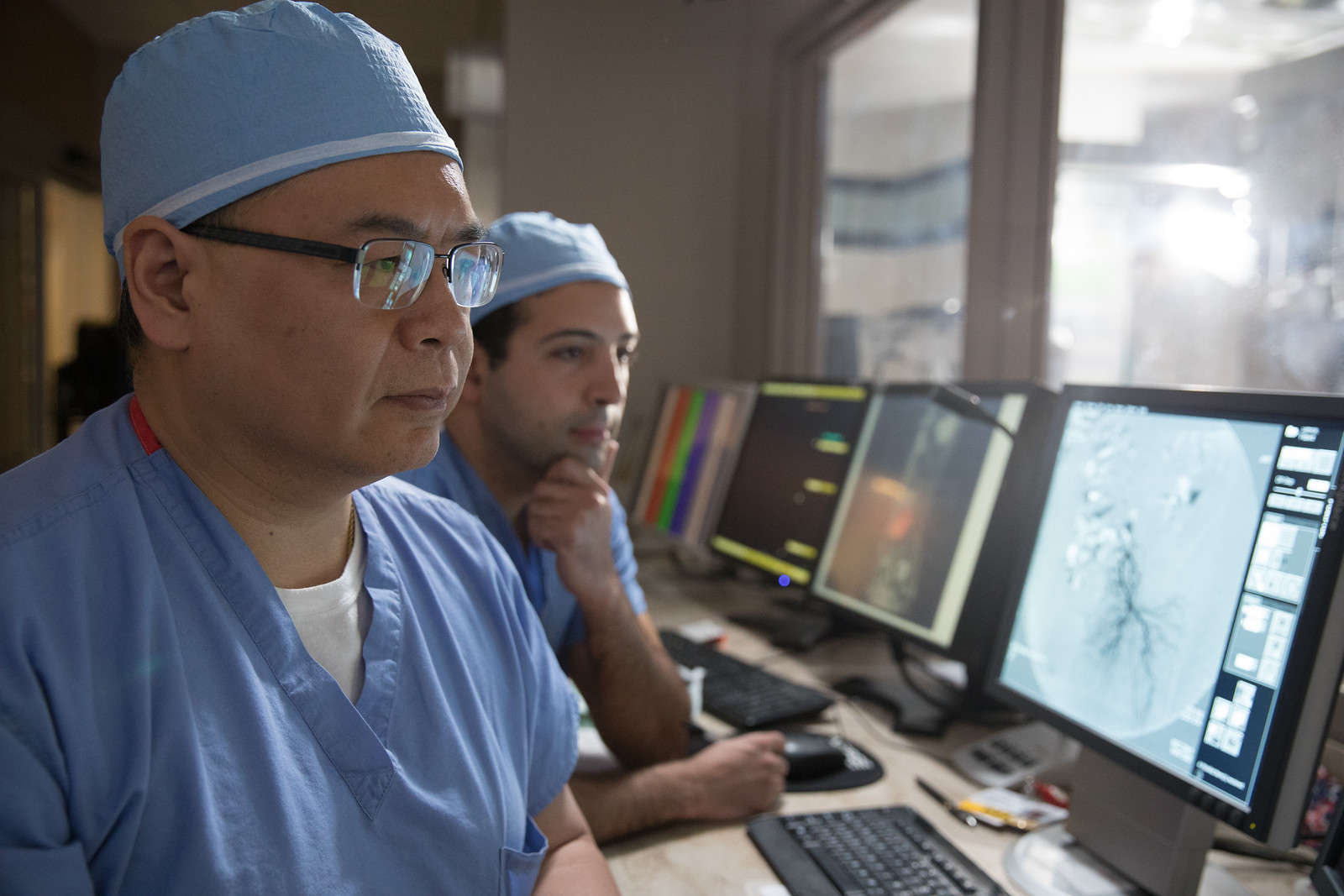 “We are thrilled to be able to attract a surgeon of the caliber and national reputation of Dr. Cheng. He is an extraordinary neurosurgical clinician and researcher, respected educator and a true leader in his field,” says William Ball, MD, UC senior vice president for health affairs and dean of the UC College of Medicine.

Cheng will be charged with growing an academic neurosurgery program that is fully integrated within the UC College of Medicine and UC Health. He will lead efforts to enhance postgraduate education, explore the future of neurosurgery through research and as a clinical department of the College of Medicine, will grow clinical interactions between neurosurgery and other neuroscience-related departments, including neurology and rehabilitation medicine, otolaryngology-head and neck surgery, psychiatry and behavioral neuroscience, emergency medicine and internal medicine. Programmatic priorities for the Department of Neurosurgery will be built around five key areas: neurotrauma, cerebrovascular neurosurgery, adult brain tumor surgery, functional neurosurgery and complex spinal disease.

“Dr. Cheng is an extremely important addition to the team that will lead the growth and continued maturation of our neurosciences programs,” adds Richard Lofgren, MD, president and chief executive officer at UC Health. “He has built a great reputation as an expert in complex spinal surgery, and he is recognized nationally for his neurosurgery outcomes research which has led to improved patient care. He also has played an important role in guiding national health policy. We are very fortunate to have him here in the greater Cincinnati/Northern Kentucky region.”

“Neurosurgery at the University of Cincinnati and the city began in 1920 with the appointment of Dr. George Heuer, student of Drs. Harvey Cushing and William Halsted of Johns Hopkins. A general surgeon, Dr. Heuer initiated a tradition of education, scholarship and practice of neurosurgery that was continued, in 1937, at UC by Drs. Joe Evans of Montreal and in the community by Dr. Frank Mayfield of Virginia. Both leaders were dedicated to the collaborative practice of healing, education and research that was focused on the community and university,” says John Tew Jr., MD, professor and former chair of the UC Department of Neurosurgery and co-founder and former director of the then UC Gardner Neuroscience Institute, a forerunner of the now UC Gardner Neuroscience Institute. “Now in 2017, nearly 100 years later, the tradition of integration and collaboration will continue and be nurtured with the appointment of Dr. Joseph Cheng, a teacher, healer and researcher who will join the UC Department of Neurosurgery as the Frank H. Mayfield Chair of Neurological Surgery. Dr. Cheng is cut from the molds of Drs. Heuer, Evans and Mayfield, and will, I am convinced, continue to lead the advance of neurological care, education and research in this university and community.”

Cheng is joining a UC College of Medicine and UC Health neuroscience program that will soon see the construction of a new facility housing the UC Gardner Neuroscience Institute, 223 Piedmont Ave., which is scheduled to open in 2019.

“The University of Cincinnati has such a strong foundation and historical reputation in neurosurgery and offers an opportunity to continue to develop and grow a nationally recognized program of academic excellence and value-based care for our patients,” Cheng says. “I believe a good chairperson has many roles such as leading and supporting our faculty, residents and staff endeavors in patient care, education, research and advocacy for our field. My passion in the areas of medical education and outcomes research lead me to believe that this opportunity at the University of Cincinnati is a great fit for my professional goals.”

Cheng’s clinical focus also includes all aspects of spinal surgery such as treating degenerative disease, deformities, trauma, tumors and spinal cord injury. He has a reputation as an expert in complex spinal surgery, with approximately 70 percent of his referrals originating from other surgeons who relied on him for revision surgeries or complex cases that were outside their realm of expertise. His research activities have been in areas of clinical outcomes and health policy, spinal biomechanics, modeling of spinal motion, properties of bone healing, spinal reconstruction and instrumentation and minimally invasive spinal techniques.

Cheng has lectured internationally on neurosurgical care and has published nearly 150 scientific research papers, chapters and reviews and serves as a reviewer for several scientific journals. He also is active and a leader in numerous professional societies, including the North American Spine Society, for which he has served on the Board of Directors since 2013, the Council of State Neurological Societies, for which he is an officer, Congress of Neurological Surgeons, Tennessee Neurosurgical Society, for which he is past-president, American Medical Association, American Association of Neurological Surgeons, for which he served on the Board of Directors from 2012 to 2013, and the AANS/CNS Section on Spine and Peripheral Nerve Disorders, for which he was chair from 2012 to 2013.