CINCINNATI — The academic health system has renewed its support of the Ohio Cardiac Arrest Registry to Enhance Survival, or Ohio CARES. 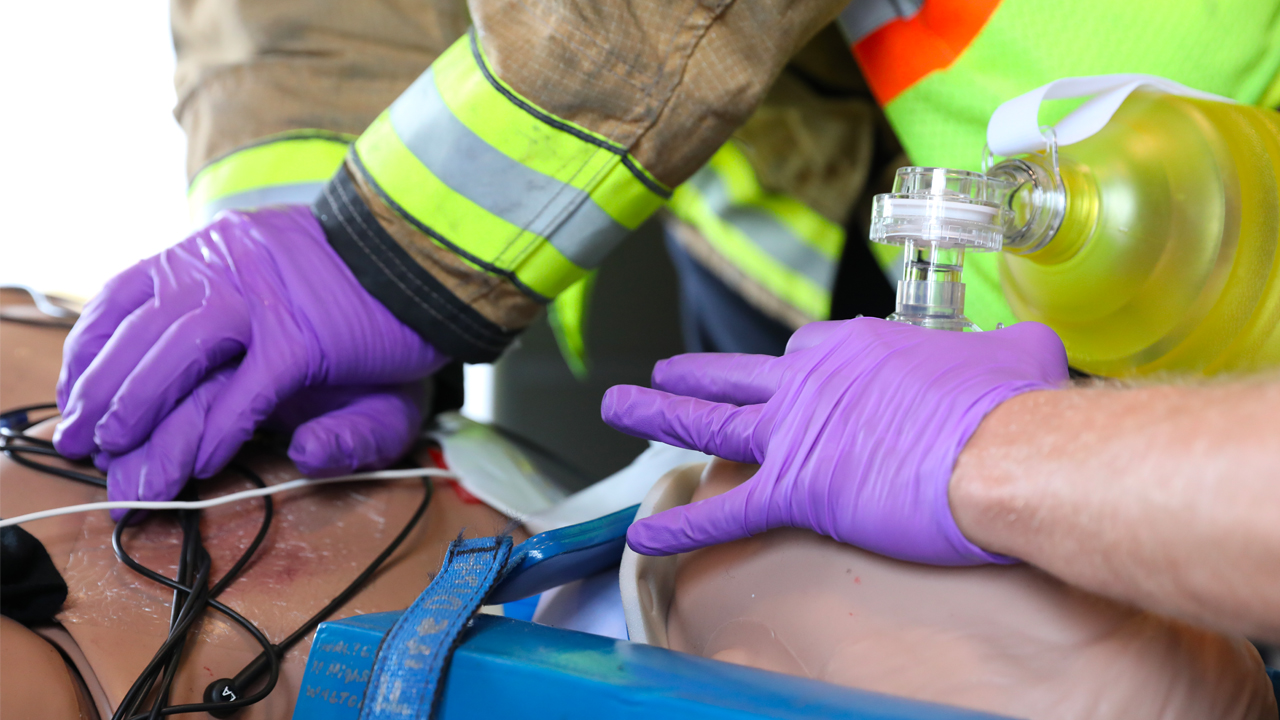 Ohio CARES, part of the national CARES network that covers about 115 million Americans, is a nonprofit organization that collects data related to out-of-hospital cardiac arrests from emergency medical agencies and first responders. This data helps identify trends that enable healthcare systems and agencies to implement changes to improve survival rates.

According to the Centers for Disease Control and Prevention, more than 350,000 Americans experience out-of-hospital cardiac arrest. While many are 60 years of age or older, sudden cardiac arrest can affect anyone at any age. Most people—about 90 percent—who arrest outside of a hospital don’t survive.

Cardiac arrest is not the same event as a heart attack. It occurs when the heart suddenly stops beating and breathing ceases, which can lead to permanent brain damage or death within minutes if not reversed. Justin Benoit, MD, UC Health physician and assistant professor of emergency medicine at the University of Cincinnati College of Medicine, said cardiac arrest is the “most time-sensitive medical emergency.

“We’re seeing that the more you study it, the more you learn, and the more you can improve survival,” Dr. Benoit said. “It’s a time-sensitive disease process, and it happens incredibly frequently. This is why efforts like Ohio CARES are so critically important.”

Since 2007, UC Health has funded the registry user fees for all of southwest Ohio. Until this year, only some agencies in certain Ohio cities, like the Cincinnati Fire Department, reported data to the registry. Many relied on local health systems to help pay annual user fees.

Now, the state of Ohio funds a statewide user fee, and UC Health helps fund the salary of the statewide coordinator—a role that is required in order to participate in the CARES network as a state. UC Health has committed annual contributions of $15,000 for the next three years.

“That’s why UC Health’s support is so important— we want every EMS agency, every hospital in the state to be able to contribute to Ohio CARES so that we can collect all the data, not just from certain places,” Dr. Benoit said.

One known way to improve survival rates is through bystander CPR. Benoit noted that Ohio’s bystander CPR rate of about 25 percent lags behind the national average, which is about 45 percent.

“Cardiac arrest has a tremendous emotional and financial impact on a community,” Snyder said. “If 50 people in a community die of cardiac arrest, and they’re the family breadwinners, that has long-lasting impacts on those people’s children and their children’s children.”