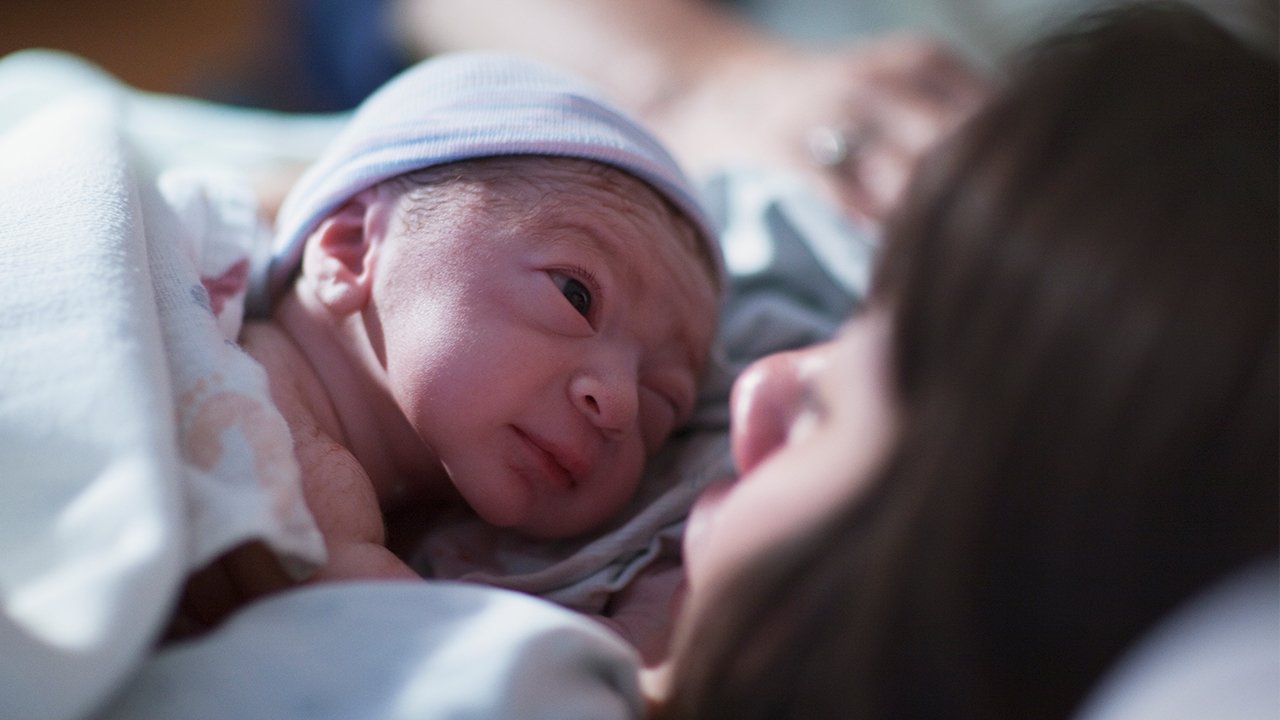 “Delivering in a hospital has amazing benefits, but now it’s time for us to go back and revisit basic processes,” says Amy Thompson, MD, an associate professor in the UC College of Medicine’s Department of Obstetrics and Gynecology and co-author of a study in Pediatrics, Volume 139, also available online. The study was conducted by experts in breastfeeding, obstetrics, and pediatrics at UCMC and the Cincinnati Children’s Hospital Medical Center (CCHMC).

The manuscript, “Improving Exclusive Breastfeeding in an Urban Academic Hospital” details the concerted effort of hospital faculty and staff to raise the number of infants exclusively breastfed upon hospital discharge from 37 percent to 59 percent by employing new practices; the most influential being placing the baby directly on the mother’s chest upon birth and the removal of the hospital nursery so that babies could “room in” with mothers.

“Immediately after a normal delivery, everyone is focused on how much the baby weighs.  In the past a baby was weighed and even dressed before being held by his or her mother.  In contrast, placing the baby skin to skin immediately after delivery fulfils an instinctive process for the baby and leads to long term breastfeeding success, ” says Thompson.

The hospital also removed the designated nursery, she says, “because it’s more realistic to what we know happens when a mother goes home and allows the mother to detect her baby’s feeding cues so that feedings happen on the baby’s schedule rather than a nurse’s schedule”

Of course, there is a medical nursery where nurses can take the baby if it’s absolutely necessary, but as a practice mothers at UCMC are encouraged to room with their babies, says CCHMC neonatologist and co-author Laura Ward, MD, an adjunct associate professor in the Department of Pediatrics at UC.

Says Ward: “We found that hospital practices really can impact breastfeeding rates, even in the longer term.  Not only did we have more moms breastfeeding exclusively in the hospital, we also found that more were still breastfeeding when they came for a follow up visit after discharge.”

“If all moms receive prenatal education on the benefits of breastfeeding and their own breast physiology, and are supported by trained hospital staff, then we can start to diminish these disparities, “ says Thompson.

Thompson, Ward and colleagues embarked on the project in June 2012, when the hospital began participation in Best Fed Beginnings (BFB), a national quality improvement initiative serving populations at highest risk not to breastfeed. By implementing BFB activities the hospital was able to achieve Baby- Friendly USA status in December 2014, a national accreditation for birthing facilities.

“We engaged our postpartum teams to adopt a patient-centered approach rather than provider-centered approach,” which included conducting newborn assessments at the mother’s bedside instead of taking the baby to the Newborn Observation Unit, says Thompson. “We instituted daily quiet times to promote maternal rest, explaining that rooming-in empowers mothers to care for their infants and encourage maternal recognition of feeding cues.”