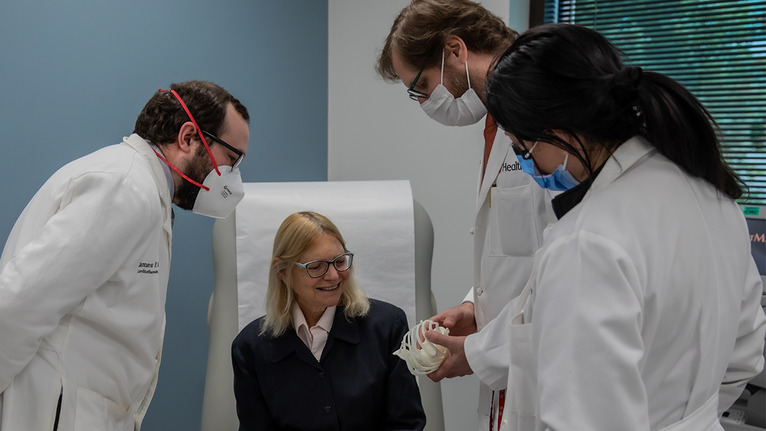 In a single incision roughly one-inch long, the team performed endoscopic cardiac surgery to replace the aortic and mitral valve and repair the tricuspid value – called “triple valve” surgery. The endoscopic approach is the least invasive surgical procedure possible, with no damage to the bones; it had previously been used to repair single and double heart valves that were either an acquired disease over time or were part of a complex congenital heart defect.

With the world-renowned expertise and leadership of Tommaso Hinna Danesi, MD, UC Health cardiac surgeon and associate professor of surgery at the University of Cincinnati College of Medicine, the experts at the UC Heart, Lung, and Vascular Institute can now operate up to three heart valves through one very small skin incision, compared to a traditional open-heart surgical approach - including patients who have already had a previous cardiac surgery.

The patient was Karyn Russell, a 63-year-old grandmother and special education teacher in Cincinnati, Ohio. Russell began experiencing heart problems about five years ago, and in April was diagnosed with heart failure.

Russell was treated in the Cardiac Intensive Care Unit at UC Medical Center, during which her valve disease was diagnosed and surgery planned. Because of her risk factors, Dr. Hinna Danesi and his expert team opted to avoid cutting bone, which would result in a longer recovery period. Instead, they chose an endoscopic approach with a smaller incision, fewer side effects, and a shorter recovery time.

“Because of the sternal sparing and the miniaturized incision site, the patient experiences less pain, has a shorter hospital stay, and overall a faster recovery and back to normal life,” said Dr. Hinna Danesi.

A totally endoscopic surgical approach can be performed while the heart is beating, lowering the risk for the patient - as opposed to needing to arrest the heart under a traditional approach for selected patients. 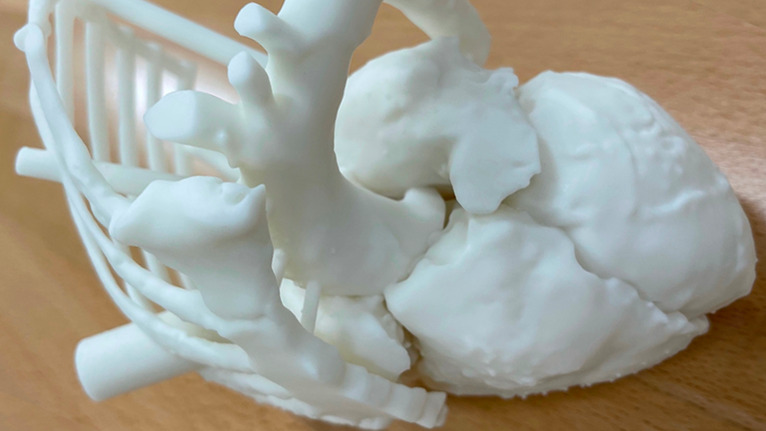 This procedure not only is unique in terms of the operation itself, but in the preparation and mapping the surgical route to the heart valves. Frank J. Rybicki, MD, PhD, UC Health vice chair of radiology and professor at the UC College of Medicine, led the surgical planning team that provided Dr. Hinna Danesi with a state-of-the-art 3D map of the patient’s heart and valves. This allowed Dr. Hinna Danesi to navigate his surgical approach in advance in order to target the location of the incision and minimize the impact to Ms. Russell.

“The 3D roadmap and the digital surgical plan was created for this specific procedure, and it is not available anywhere else,” said Dr. Rybicki. “The 3D printing section provides our expert surgeons patient-specific planning and delivers to the surgeon novel methods ability to conceptualize their surgery in a digital space, or to hold a 3D model in their hands to rehearse the procedure.”

Russell was discharged from UC Medical Center less than a week after surgery. Just one month following the surgery, she was cleared to drive to Chicago with family and even have world-famous, Chicago-style pizza.

“I am so appreciative to Dr. Hinna Danesi and the cardiology and CVICU teams,” said Russell. “I am so grateful.” 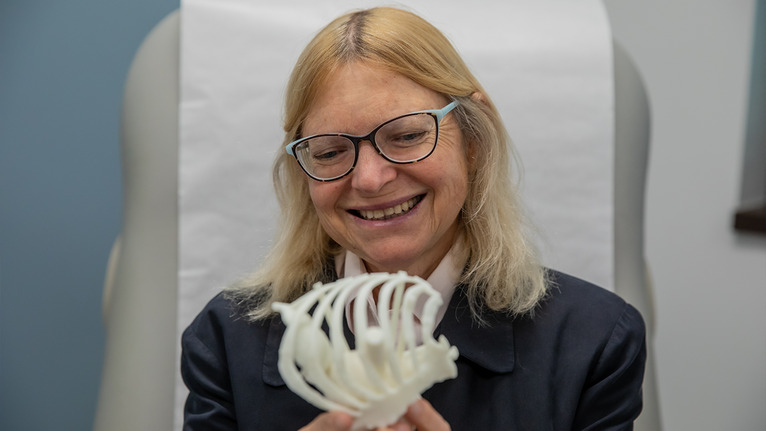