A brain cyst is a fluid-filled sac caused by fluid build-up in the brain that can either be cancerous or noncancerous. Even noncancerous brain cysts can cause problems by pressing against brain tissue causing headaches, vision problems or nausea. 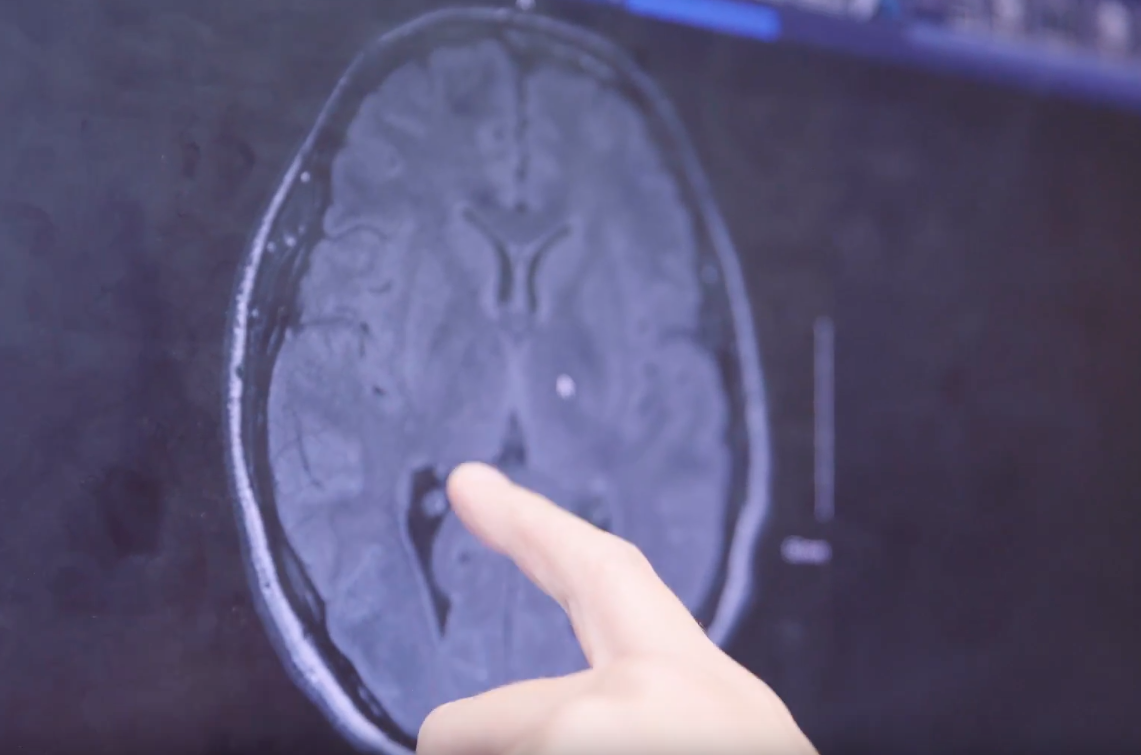 As the region's most comprehensive brain tumor center for adults, we know that offering hope means delivering leading-edge treatments and world-class care. We understand that each brain tumor is unique to each patient, so we bring together an expert team of physicians across subspecialties to review every case and determine the best course of treatment. Our team is committed to helping you and your family along the way.

What is a brain cyst?

A brain cyst or cystic brain lesion is a fluid-filled sac in the brain. They can be benign (not cancer) or malignant (cancer). Benign means that the growth does not spread to other parts of the body. A cyst may contain blood, pus, or other material. In the brain, cysts sometimes contain cerebrospinal fluid (CSF). CSF is a clear liquid that bathes and cushions the brain and spinal cord. Some brain cysts begin before birth.

Even if a brain cyst is not cancer, it can still cause problems. The cyst may press against brain tissue and cause symptoms, such as headache, vision problems, or nausea. If this happens, you may need surgery to remove the cyst. In some cases, if the cyst is small and not growing and is not likely to cause symptoms, your healthcare provider may advise watching it instead of surgery.

There are different types of brain cysts:

What causes a brain cyst?

Brain cysts are caused by the building up of fluid in an area of the brain. Brain cysts can form during the first few weeks when a baby is growing in the womb. Some cysts, might form because of a head injury or other trauma to the brain. In other cases, there may be links between a brain cyst and a benign or cancerous tumor.

What are the symptoms of a brain cyst?

Symptoms can happen a bit differently in each person, but can include:

How is a brain cyst diagnosed?

The process to diagnose a cyst starts with a medical history and a physical exam. Your healthcare provider will ask about your symptoms and past medical conditions. He or she may also ask about your family’s medical history. The physical exam may include a nervous system exam. Imaging tests may be done to look at the brain. Contrast dye may be used to help show more detail in the images. The tests may include:

Scans may be repeated over time to learn if the cyst is growing.

How is a brain cyst treated?

When to call your healthcare provider

Call your healthcare provider right away if you have any of these: