The Mysterious Randomness of Epileptic Auras: They Can Arrive as Color, Memory or a Song

For some people with epilepsy, seizures are preceded by a warning. Doctors refer to that warning as an aura, an event that can manifest as music, swirling colors, a memory, a sense of impending doom, a smell or taste, a rising nausea, or an intense sensation of déjà vu. 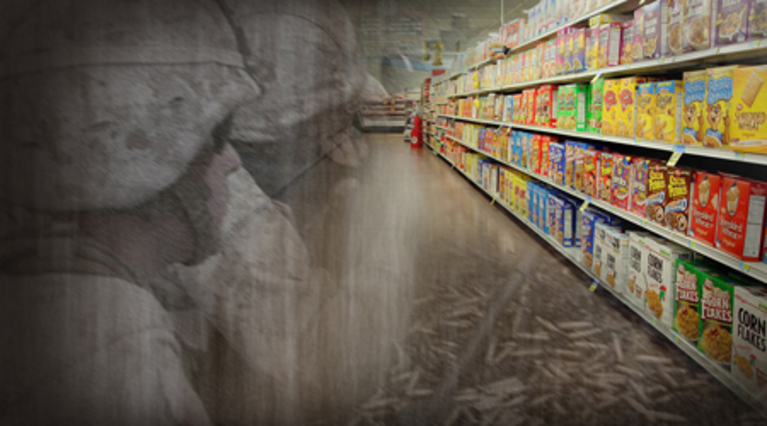 Illustration of the beginning of an aura involving a “forced memory,” which arrives unbeckoned and may last 15 to 20 seconds before a seizure begins.

“Auras are pretty interesting, and not everybody has them,” says Michael Privitera, MD, medical director of the Epilepsy Center at the University of Cincinnati Gardner Neuroscience Institute. “People talk about an aura as being a symptom they experience prior to going into a full seizure. And for each person it’s a little different.”

From the perspective of an epilepsy specialist like Privitera, however, an aura is not a precursor to a seizure at all. Rather it is a small seizure that could be identified as such on an electroencephalogram (EEG).

Epileptic Aura as a Psychological Experience

“Auras, which have been described as far back as Hippocrates, involve a smaller part of the brain and generally don’t involve loss of awareness or consciousness,” Privitera says. “So an aura can involve a sensation or a general nondescript feeling, depending on which part of the brain is involved. If it involves the visual area, the individual may perceive flashing lights or swirling colors. If it involves the temporal lobe, the individual may experience forced memories.”

A “forced memory” is a random memory that an individual cannot control.

“Seizures are tapping into pathways that are connected to the way we remember things,” says Jennifer Cavitt, MD, a neurologist and epilepsy specialist at the UC Epilepsy Center. “Depending on how those pathways link up, patients have various experiences of how and what they remember, which is really interesting.”

Auras are, agrees David Ficker, MD, associate director of the Epilepsy Center, “one of the more fascinating aspects of epilepsy.”

Once a memory has been tapped into by the seizure path, it typically appears as an aura over and over again.

Cavitt recalls a patient whose aura always unfolded like an old-fashioned film reel. “She saw her memory as a video. She had a sense that she was seeing her memories on a movie clip while feeling as though she was in a dream state.”

Privitera has had patients whose forced memories involved Marine boot camp and the opening scene from the sitcom Alice, with the actors striding through the swinging saloon-style doors in Mel’s Diner. Another patient’s aura arrived as Elton John’s “Crocodile Rock.” “The song would come into her mind and she couldn’t get it out,” Privitera says.

The connection between auras and memory makes sense because seizures are often produced in the temporal lobe and typically involve the hippocampus, an area of the brain that is important to the processing of memory. The hippocampus is also closely connected with the amygdala, which measures and stores emotions that are important to survival.

“The brain has ways of saying there are two sets of memories: what you ate for breakfast, and the street you got mugged on,” Privitera says. “The brain has a much more intense memory of the street. It has ways of emphasizing things that are important or dangerous.”

That, perhaps, accounts for the forced memory of boot camp, though it doesn’t add much insight into “Crocodile Rock.”

Privitera stresses that the visual changes an aura may cause differ from the hallucinations experienced by an individual with schizophrenia. When an individual “sees” people who are not there or hears voices that are not audible to others, the diagnosis is consistent with mental illness or psychosis rather than epilepsy.

It is unclear what percentage of patients with epilepsy experience auras, but the percentage is high, Cavitt says. “It’s something you always ask about.”

Many of us have experienced déjà vu – a sense that we’ve done something or been someplace before — but that experience is not the same as an aura that feels like déjà vu.
“Patients describe it as something much more intense, something that makes them stop what they’re doing,” Cavitt says. “It may have other symptoms associated with it, such as nausea, smell or a song. And of course there is a sense of progression. An aura implies that a more intense or developed seizure is coming.”

Some individuals have been known to experience auras for months or years without realizing that they are actually having small seizures. One of Privitera’s patients experienced forced memories for years and eventually had a full-blown tonic-clonic seizure, a generalized seizure that affects the entire brain.

“The first doctor didn’t think anything about these forced memories,” Privitera says. “But when the patient came to see an epilepsy specialist – which happened to be me – and wondered whether he needed medicine because of one seizure, I said, ‘You’ve actually had multiple seizures. You’re at high risk of big seizures.’ ”

The Benefits of Auras

An aura can be a good thing, specialists agree. “When you get down to the practical aspect, having a warning for a seizure is very important,” Privitera says. “The person who wrote the poem [My Friend Aura, above] was alluding to this. It gives the individual a few seconds to prepare for a possible seizure. And that could mean getting off a ladder, getting into a safe place, or getting out of a meeting so that you’re not having a seizure in front of people.”

In cases where the experts at the UC Epilepsy Center are evaluating someone for epilepsy surgery, the aura can give “important clues to the precise spot where the seizure originates,” Privitera says.

Ficker recalls a patient during his fellowship who said his aura consisted of déjà vu, which led his physicians to think he had temporal lobe seizures. “However, when I asked for more detail,” Ficker says, “the patient actually meant he was seeing cartoon characters that were familiar to him. It turns out his seizures did not arise in the temporal lobe but in the occipital lobe, near his vision centers.”

Auras also have a further advantage for patients who have been treated with a vagus nerve stimulator, a surgically implanted device that delivers electrical pulses at regular intervals to help prevent seizures. If the patient develops an aura when the device is not delivering an electrical pulse, the patient can use a magnet to provide an extra jolt and potentially thwart the seizure.

“In this way the aura offers an additional treatment option,” Privitera says. “The patient can give an extra dose of the vagus nerve stimulation at the time of the aura.”