Ginny’s Story: Giving Hope to Others While Fighting Aggressive Cancer

For most, a diagnosis of an incurable cancer may be frightening and hopeless. But for Ginny, it was an opportunity to give hope to others. 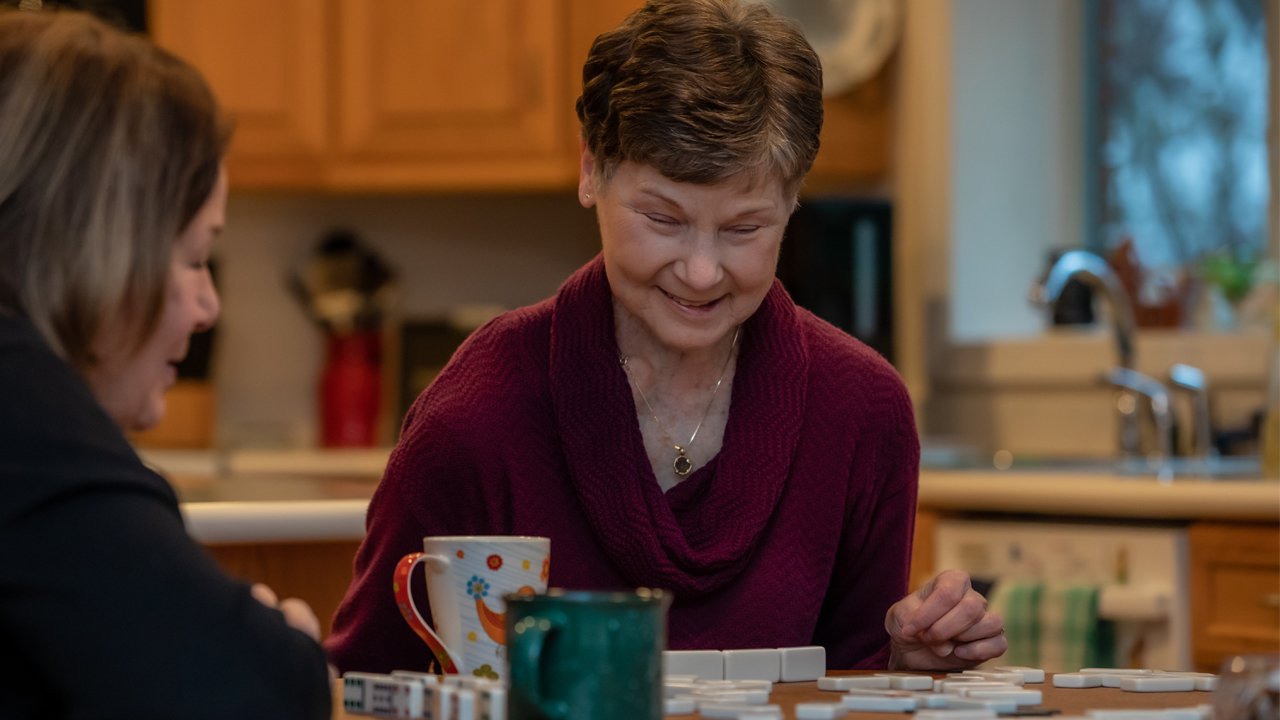 In June 2014, Ginny was diagnosed with an aggressive form of tongue cancer. The cancer would eventually spread to her head and neck even after going through radiation.

Despite this happening, she remained optimistic. She was more concerned with how her husband, Dave, would handle the news since he himself is a physician and would understand the seriousness of her prognosis.

Ginny was referred to the University of Cincinnati Cancer Center, where she was seen by William Barrett, MD, chair of the Department of Radiation Oncology and professor at the UC College of Medicine, and the Cancer Center’s co-chair. She also saw Trisha Wise-Draper, MD, PhD, associate professor in internal medicine and UC Health head and neck cancer subspecialist; and Yash J. Patil, MD, associate professor of otolaryngology and director of the UC Health Adult Airway Reconstruction program.

“Ginny always remained positive no matter the news I had to deliver and was always willing to try something new,” Dr. Wise-Draper said.

Ginny didn’t hesitate to participate, as she saw this as an opportunity to be a part of something greater than herself.

The journey was difficult. She lost a lot of weight and relied on softer foods such as ice cream. She also had to see a physical therapist to help with her severe neck pain. While she’s always been the one to focus on others, she had to focus on herself, too — a big challenge.

Ginny learned to focus on her own care but also remained dedicated to her life’s work in Madagascar, where she’s done development work for 20 years. She continued to complete grant requests and fill out reports in her West Side Cincinnati home, and had great support from her volunteer teammates. She credits her ability to stay focused on bigger things, rather than constantly worrying about her prognosis.

“Have a goal that’s bigger than you. If you can keep the focus off of yourself, you can do a lot,” Ginny said.

With her prognosis seemingly dim, it was only a matter of time before cancer would take Ginny’s life. But through hope and determination, Ginny gradually improved and made a stunning recovery as a result of the clinical trial.

Ginny’s cancer has been in remission for two years now. She still has to work articulating words clearly, and her neck will always cause her pain, but she sees this as a fair trade off for being alive.

“Her unprecedented response to two therapies used in close succession resulted in what some would call a miracle — allowing her to go into remission,” Dr. Wise-Draper said. “Her outcome led to the development of an investigator-initiated clinical trial at the University of Cincinnati that is now open to patients with her type of cancer so others may benefit. Ginny’s positive outlook allowed us to make such a discovery.”

Ginny remains grateful for the support she received from Dave, her friends and her family. She also credits her care team at UC Health for getting to know her not only as a patient but as a person.

“Everyone is in one place, and they are all at the top of their game,” Ginny said. “I always felt cared for and continue to feel cared for by UC Health.”

Moving forward, Ginny will continue to travel with her husband, play with her grandchildren and continue her work in Madagascar, where she still goes once a year to check on projects. She encourages other patients who may be in her shoes to consider participating in a clinical trial that may help to not only save their life, but others’ lives as well.

“Look into yourself, and see this as an opportunity to give a gift to yourself and to others,” Ginny said.