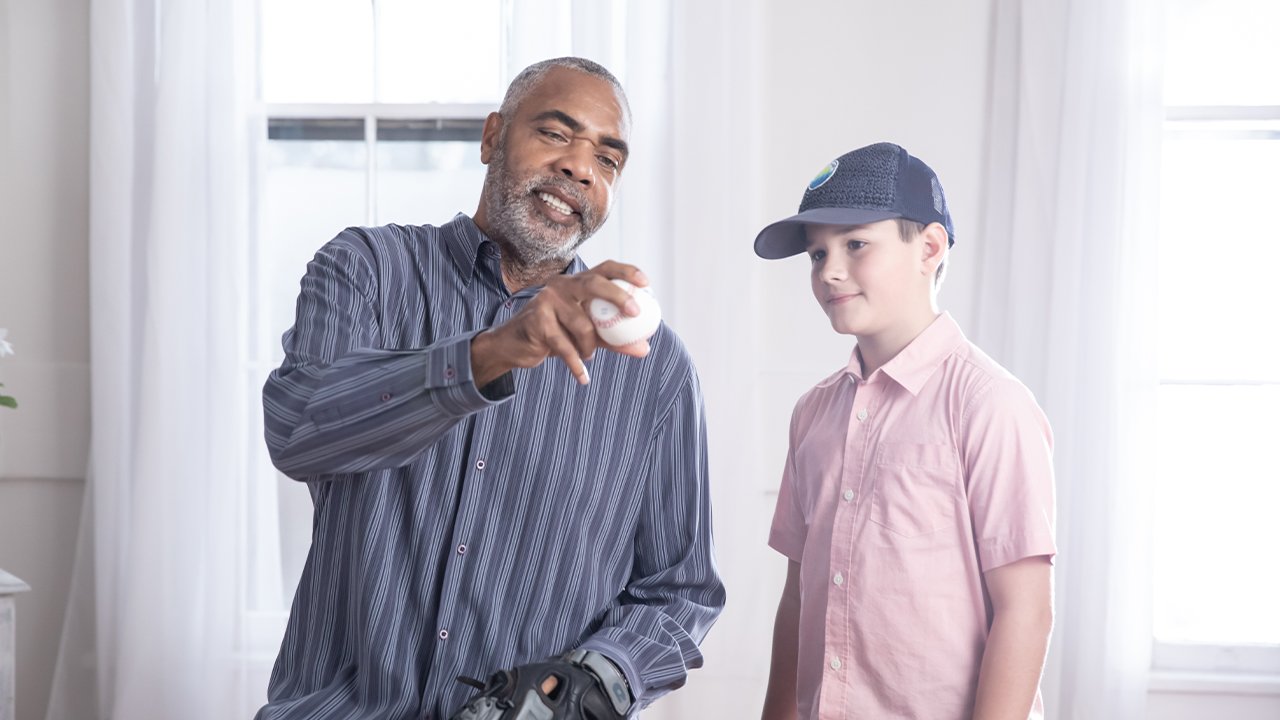 Dave retired from professional baseball in 1991. Since then, he’s been enjoying life in retirement with Kellye, his wife of 35 years. He also continues to mentor young players who hope to achieve the same success as he did.

After spending years getting the best of opposing teams on the field, he encountered a new opponent off the field: Parkinson’s.

About seven years ago, Dave began to experience a tremor in his right hand. While he didn’t notice it at first, his family and his physician did.

As time wore on, he began to notice the tremor and started to have trouble walking and difficulty keeping his balance. Dave was told he may have Parkinson’s, a disease that’s slowly progressive over time.

He was referred to Andrew Duker, MD, UC Health neurologist and Parkinson’s disease subspecialist at the University of Cincinnati Gardner Neuroscience Institute.

“Parkinson’s is a disease that can be depressing for patients, but it’s one where there is a lot of hope,” said Dr. Duker. “It’s one where we have therapies that can significantly improve quality of life.”

Dr. Duker and Kellye continue to be Dave’s strongest teammates throughout all of his treatment. Together, they work to support and guide him as he fights this disease.

“It’s nice to have Dr. Duker,” Dave said. “I really believe in him, and he makes it so much easier to go in for treatment.”

Dave and Kellye credit Dr. Duker and the neurology team at UC Health for their innovation and superior technology that’s unmatched in Cincinnati.

“I tell people, if anything happens, go to UC Health. Anything!” Kellye said.

Dave continues to approach the diagnosis with the same heart and determination he brought to the baseball diamond that led him to win three Silver Slugger awards and two batting titles.