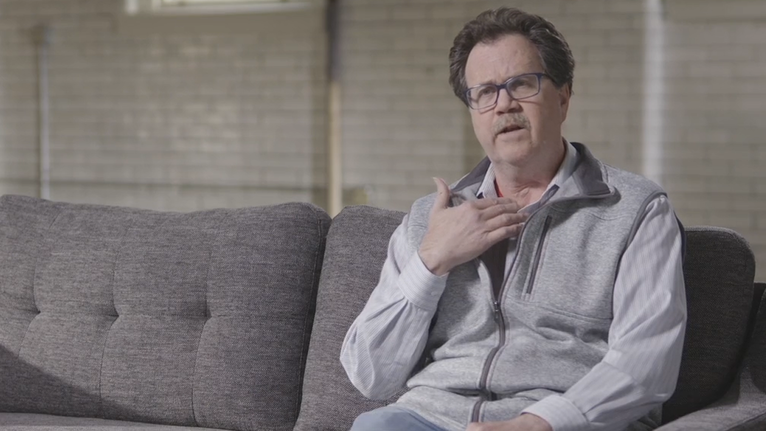 After retiring in 2019 from a successful career as a mechanical engineer, Paul Deutschle has been living a full life with lots of traveling, gardening and landscaping. He spends every moment he can with his family - his biggest supporters.

Today, he’s healthy and continues to live his life on the west side of Cincinnati, Ohio, but not long ago, this wasn’t the case. He had to overcome a rare cancer that’s only diagnosed a few times a year in the U.S.

Paul first went to the doctor for an issue with his throat following his retirement. Nothing seemed seriously wrong until a family vacation at Disney World Resort in Orlando Florida.  Paul and his family were visiting the Star Wars exhibit when he attempted to do his well-known impression of Yoda.

Part of Paul’s Yoda impression includes him hitting the high-frequency notes of the character. However, on this day at Disney World, he couldn’t hit the high frequency—something that’s never failed him. It was at this point that Paul knew there was a bigger problem.

Paul returned to Cincinnati and had a biopsy done on his throat, which revealed a very rare form of laryngeal cancer, slowly growing in his voice box.

Laryngeal cancer is a disease in which cancerous cells form in the tissues of the larynx, or the voice box. Head and neck cancers make up only about three percent of all cancer cases seen in the U.S. each year.

Because of the complexity and rarity of his cancer, his doctors weren’t sure what do to.

Neither Paul nor his wife, Anita, were prepared for the diagnosis. They were told that cartilage in his neck would need to be removed in order to treat the cancer, and eventually, surgeons would also need to remove his voice box, which would prevent him from talking, and would force him to breathe with a tracheostomy tube in his neck for the rest of his life.

Scrambling to find an alternative treatment option, a family friend recommended Paul go to the University of Cincinnati Cancer Center and see Aaron D. Friedman, MD, UC Health laryngologist and associate professor in the Department of Otolaryngology-Ear, Nose & Throat at the UC College of Medicine, and a week later, Paul was on his way to his appointment.

“Paul came to me initially with the diagnosis of the very rare laryngeal cancer called chondrosarcoma,” explained Dr. Friedman. “As I mentioned to him, this is an extraordinarily uncommon disease—usually just a handful of cases in the country at a time.”

Despite the grave concerns for his life and the uncertainty given his condition, Paul felt at ease knowing he had an expert in his corner who knew how best to treat him.

“It was almost like puzzle pieces falling in a perfect pattern,” said Paul.

Dr. Friedman worked with Chad A. Zender, MD, UC Health associate chief medical officer, head and neck surgeon, and professor in the Department of Otolaryngology at the UC College of Medicine, to devise a care plan in which they could remove Paul’s cancer while preserving his vocal, breathing and swallowing functions. Dr. Zender has experience with unique procedures to rebuild the throat—all while keeping the vocal cords intact. 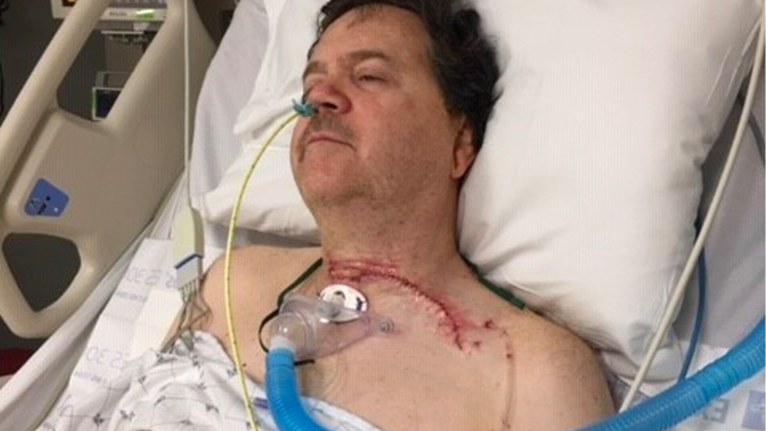 In November 2020, Dr. Zender performed an initial surgery on Paul that included implanting a piece of ear cartilage in his forearm. About eight weeks later, he had a second surgical procedure to remove his cancer and reconstruct his voice box with the tissue and cartilage taken from his ear in his forearm.

“It’s a surgery we do frequently from the standpoint of using tissue from other parts of the body to reconstruct critical structures that are important for speaking and swallowing,” explained Dr. Zender . “The type of reconstruction and cancer removal we did required a two-team approach and some intensive prep work to get the tissues we needed to give Paul the best chance at speaking and swallowing when we were done with the surgery, as well as the best chance for a cure from his cancer.”

Paul was able to have his tracheostomy removed several weeks after his surgery and has done well since—both from a functional and cancer standpoint. By March 2, 2021, he had fully recovered, and to celebrate, Paul and his family went back to Disney World, where he was finally able to do his Yoda impression.

“I feel great. As the healing has progressed, I don’t have issues doing yard work or pushing the wheelbarrow around. My eating and swallowing are completely fine,” said Paul.

The recovery process was not easy for Paul. He spent a few days in the Surgical Intensive Care Unit at University of Cincinnati Medical Center, where nurses gave him the support he needed to fully recover.

Throughout the whole journey, Paul had faith and the love of his family to help him through the most difficult days, and his wife helped him continue his recovery at home.

“It was everything. I could naturally breath through my nose,” said Paul about his treatment. “I don’t have any problems swallowing, eating or drinking.” He is amazed at how his UC Cancer Center specialists had the skills to preserve his voice box.

“Paul was excited about the treatment options we proposed because we could meet all of his needs right here in the city of Cincinnati,” said Dr. Friedman. “The UC Cancer Center is a multidisciplinary team that consists of surgeons, radiation oncologists and medical oncologists that are able to provide comprehensive care.” 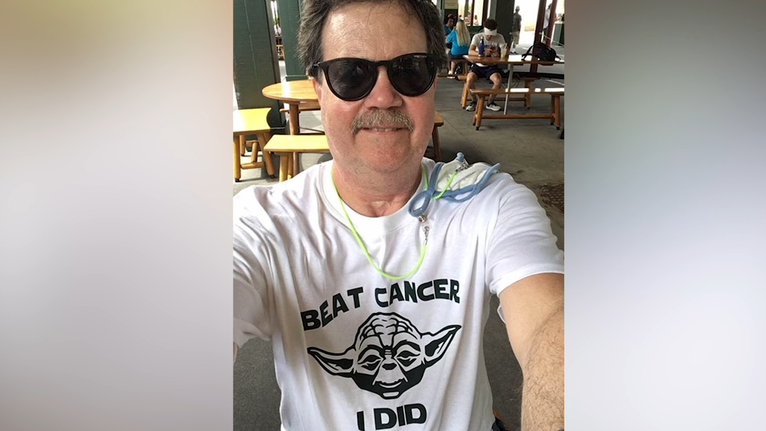 Paul’s long-term outlook is excellent—something he didn’t expect at the time of his diagnosis. He has a yearly CT scan and continues to see both Dr. Friedman and Dr. Zender. The signs point to a great outlook moving forward, and he remains grateful that the expertise needed to save his life was available right here at home in Cincinnati at UC Health.

“The biggest thing is that we have the support services to really help a patient through treatment, but then get on to survivorship and surveillance programs,” said Dr. Zender. “Having the right support services to get you there, as well as having access to treatments that may not be available at other institutions is critical, especially for cancers as rare as head and neck.”

Paul remains hopeful for the future and to remain cancer-free. With the support of his UC Health care team and his family, he knows he can overcome any health issues that could potentially come his way.

“’In Science Lives Hope’ strikes a chord with me. You always want to have faith and have hope,” explained Paul. “Even in the extreme cases, there’s hope that the doctors can give you incredible outcomes.”