As a highly active, healthy person, BJ Jabbari knew something was seriously amiss when he began experiencing problems walking and moving, but a chance meeting with a UC Health neurologist helped get him on the road to recovery. 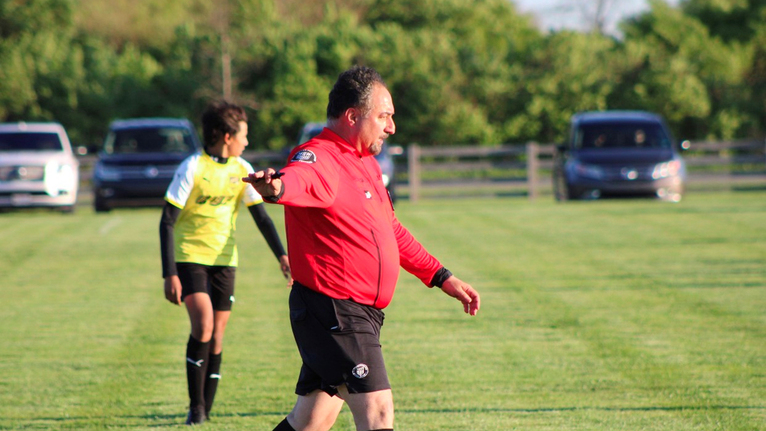 Have you ever experienced a string of unlikely coincidences that made you think, ‘Wow, it really is a small world?’ Behzad (BJ) Jabbari’s medical journey is the epitome of that expression.

An otherwise highly active, healthy person, BJ noticed abnormal physical symptoms creeping up over the span of a few months, gradually worsening until they could no longer be ignored.

He knew something was seriously amiss when his legs became stiff, making it difficult to even walk. “I had an inability to command my legs to move — a very strange sense that’s difficult to explain,” said BJ. “It took a lot of energy to simply walk; I knew my movement wasn’t normal. It was physically and cognitively exhausting to do everyday things, just getting out of bed was a struggle.”

In February 2019, BJ was enjoying an evening at a friend’s birthday party, unaware that his life would change before the end of the night.

BJ’s odd gait drew the attention of another guest at the party — Aram Zabeti, MD, associate professor in the Department of Neurology & Rehabilitation Medicine at the University of Cincinnati College of Medicine, and director for the UC Waddell Center for Multiple Sclerosis at the UC Gardner Neuroscience Institute and a UC Health neurologist.

“I can clearly recall watching Mr. Jabbari at the party. He was walking abnormally, touching everything as he passed by, and he appeared severely imbalanced,” said Dr. Zabeti. “I knew something neurological was going on and I thought he needed immediate medical attention.”

“It was a deep dilemma for me to decide to approach him. I stood there thinking, ‘Is this the right thing to do?’” said Dr. Zabeti. “His symptoms could have been signs of a neurodegenerative disease such as multiple sclerosis (MS) or Parkinson’s disease, which are often incurable, and what if he was not ready to know? I finally decided to open up this conversation and share my concern, because there was also the possibility of changing his life for the better.”

BJ was surprised and happily receptive when Dr. Zabeti approached him. “He was kind enough to come up to me and he said, ‘Do you mind if I examine you? I think something is going wrong when you are walking.’ I said, ‘Of course,’ because what a unique opportunity for a medical expert to initiate contact and offer support,” said BJ.

Dr. Zabeti coordinated an appointment for BJ to have a full medical work-up at the UC Waddell Center for Multiple Sclerosis, which is a Center of Excellence within the UC Gardner Neuroscience Institute at UC Health, as he suspected the patient could have MS, a specialty Dr. Zabeti chose before he even entered medical school. “When I was young, one of my cousins passed away from MS, and it was very hard to watch,” said Dr. Zabeti. “I decided my life goal was to become a physician who could help patients like my cousin, it was my motivation and now, I’m living my passion.”

After several tests, Dr. Zabeti confidently ruled out MS. Still, he knew something neurological was going on, so Dr. Zabeti referred BJ to be examined by Alberto J. Espay, MD, professor in the Department of Neurology & Rehabilitation Medicine at the UC College of Medicine, endowed chair of the UC James J. and Joan A. Gardner Family Center for Parkinson’s Disease and Movement Disorders at the UC Gardner Neuroscience Institute and a UC Health neurologist.

“BJ’s symptoms were not specific — they could have represented any number of disorders — so, we began running tests for normal pressure hydrocephalus,” said Dr. Espay.

Normal pressure hydrocephalus (NPH) is a condition in which the cerebrospinal fluid (CSF)-filled chambers called ventricles in the brain are overfilled. NPH is rare and most often affects older adults.

BJ received medications, MRIs and a lumbar puncture, also known as a spinal tap, a minimally invasive diagnostic test in which the equivalent of eight to 10 teaspoons of CSF is removed. The lumbar puncture didn’t, however, provide relief.

One of the most distinctive features of UC Health is the conferences specialists routinely hold to discuss patient cases and collaborate to come up with the appropriate treatment plan.

“Twice a month, we conduct these conferences to go over complex cases that present diagnostic uncertainty. No other medical centers in the region collaborate in the way we’re able to here at UC Health,” said Dr. Espay. “By virtue of our referral pattern, we can care for patients that otherwise might become lost in the system or not get the right diagnosis. Each member of our team contributes their expertise and we’re at our best when we work as a team, such as in our patient conferences.”

BJ’s case was presented at the surgical conference where neurologists and neurosurgeons pored over the scans, searching for clues.

“Another neurosurgeon and I looked at the imaging and right away said the patient was too young to have NPH and most likely had aqueductal stenosis,” said Juan Torres-Reveron, MD, PhD, assistant professor in the Department of Neurosurgery at the UC College of Medicine, director of functional neurosurgery at the UC Gardner Neuroscience Institute and a UC Health neurosurgeon.

Dr. Torres-Reveron ordered a specialized type of scan called a cine MRI. The movie-like cine MRI captures the movement of CSF. With each heartbeat, CSF goes out of the brain’s ventricles and down the spinal canal. When the heart relaxes, the flow reverses. The pattern of CSF flow was then observed by Dr. Torres-Reveron, and he confidently was able to diagnose BJ with hydrocephalus secondary to aqueductal stenosis. 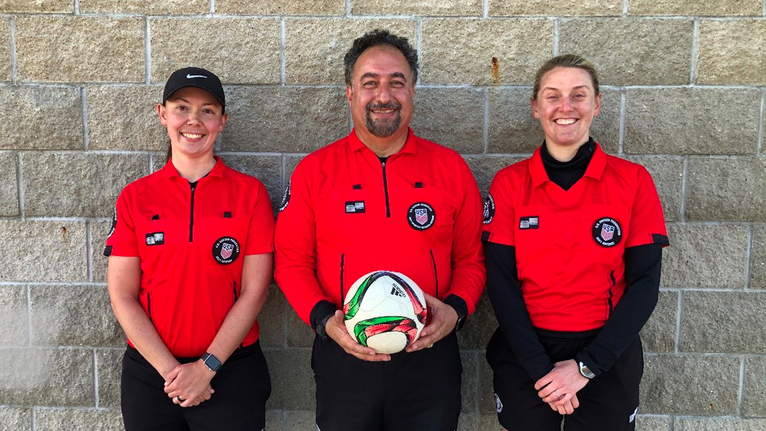 Aqueductal stenosis is a condition that causes narrowing of the aqueduct of Sylvius, blocking the flow of CSF. Blockage can lead to hydrocephalus. It is extremely rare for adults to be diagnosed with aqueductal stenosis; it is usually seen in the pediatric population who are born with the congenital disorder.

Aqueductal stenosis is treated by one of two surgical options:

“The ideal procedure is ETV, however, in BJ’s case, the basilar artery was very close to where the small hole would need to be made. I told him about the risk factors, and we decided to go with the shunt placement,” said Dr. Torres-Reveron.

The surgery involves a small hole in the skull, then the shunt (a catheter-like plastic tubing) is passed through the ventricles and it drains the fluid into the abdomen, where it is absorbed and naturally eliminated from the body as waste. A valve is placed with the tubing that controls the flow.

BJ’s shunt was placed in October 2019 — roughly seven months from when he first met Dr. Zabeti.

“Surgery recovery was easy, I was only in the hospital for one night and the next day I was able to stand up and walk,” said BJ. “It was amazing. I noticed the difference immediately. I’m so grateful for every person at UC Health because they saved my life.”

BJ recovered so quickly that he was able to go back to doing what he loves most: soccer. Soccer is a national sport in Iran and here in Cincinnati, he referees games at all levels, both indoors and outdoors. Following his shunt placement, he refereed an incredible 60 games for local high schools, MLS Next and the indoor Premier Arena Soccer League (PASL).

BJ’s success is nothing short of a miracle. Dr. Torres-Reveron has only treated three adult patients with aqueductal stenosis in the last six years. “NPH and aqueductal stenosis can look the same, but they’re entirely different conditions. If he hadn’t been seen by our team here at UC Health, there’s a chance his condition could have been overlooked,” Dr. Torres-Reveron explained.

Dr. Espay agreed, saying, “Because aqueductal stenosis is commonly only observed in the pediatric population, it was not a condition forefront in our minds when examining adult patients; that, of course, has changed now. It’s important to look into every possibility.”

Seeing BJ’s transformation has been powerful for all his physicians to witness, especially for Dr. Zabeti, whose attention started the chain of events.

“Seeing him after the shunt placement was like seeing a totally different person, honestly, I’m happy he is able to live the life he loves, doing what fulfills him,” said Dr. Zabeti.

“This is why we do what we do, it feels amazing to see outcomes like his,” said Dr. Torres-Reveron. “In neurosurgery, when we win, we win big. It changes someone’s life and the lives of their loved ones completely. That’s the beauty of this job, seeing our patients return to a high quality of life and full recovery.”