Tracy Kraft is unfortunately no stranger to cancer. Her maternal grandmother was treated for breast cancer and her mother was diagnosed with non-Hodgkin’s lymphoma. 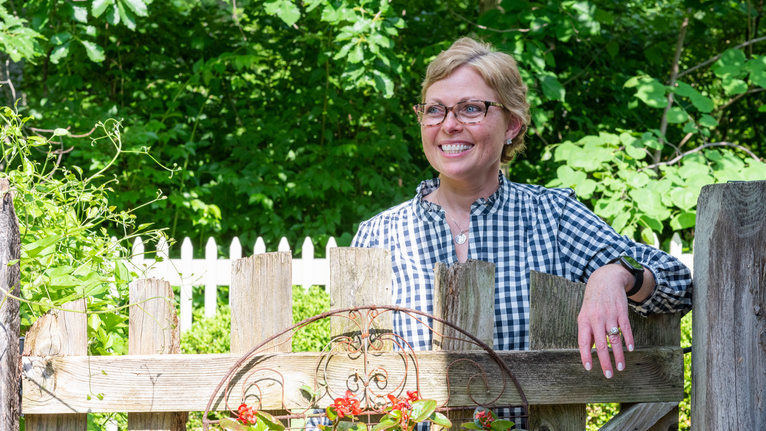 “It’s not like I planned on having cancer,” Tracy says, “But I figured I better be prepared and stay on top of preventive medicine.” That preventive plan included regular mammograms.

Several years ago, a scan discovered linear calcifications in Tracy’s left breast. Doctors wanted to keep a watchful eye on it, so providers prescribed a mammogram every six months for Tracy.

In March 2021, one of those regular mammograms detected something that concerned Tracy’s doctors and they scheduled a biopsy. The results showed Tracy had invasive ductal carcinoma in her right breast.

One of the first things Tracy did was call her younger sister, Susan Budnick, MD, an internal medicine specialist at Case Western University and a graduate of the University of Cincinnati College of Medicine.

“She told me I had to be treated at UC Health,” Tracy recalls. “She was sure there was only one place to receive expert cancer care.” That assurance helped Tracy feel more at ease.

As a resident of Madison Township, Ohio, Tracy was relieved to discover her entire treatment plan could take place at UC Health’s West Chester Campus, which was close to her home.

“I literally had everything completed under one roof at West Chester, from start to finish,” Tracy says. “They have everything so streamlined for the patient.”

Tracy admits to feeling overwhelmed and sick to her stomach in those early days of diagnosis. But, from her very first visit to UC Health, her worries were eased.

“The nurse told me that they take care of this every single day,” Tracy remembers. “She told me that breast cancer is an urgency, not an emergency. I remember wondering why I got so upset. They just had such a positive attitude, so I did too.”

Tracy’s doctors recall her positive outlook more than anything else. “I don’t think I ever saw her upset; she always came in with a smile,” says Emily Daugherty, MD, UC Health radiation oncologist at the University of Cincinnati Cancer Center and assistant professor of oncology at University of Cincinnati College of Medicine, “She’s just a joy to be around, no matter the circumstance.”

“Not only do we have the highly specialized expertise as doctors, we all work well together, collaborating to ensure that care and services move quickly,” says Dr. Daugherty. “Every patient receives a personalized care plan that doctors from all disciplines agree on together. We are constantly communicating about all of our mutual patients, which means superior cancer treatment.”

Tracy, who turns 50 in a few months, agrees. She describes her first meeting with the cancer care team as refreshing. “They really put me at ease,” Tracy says, “and they simplified everything.” 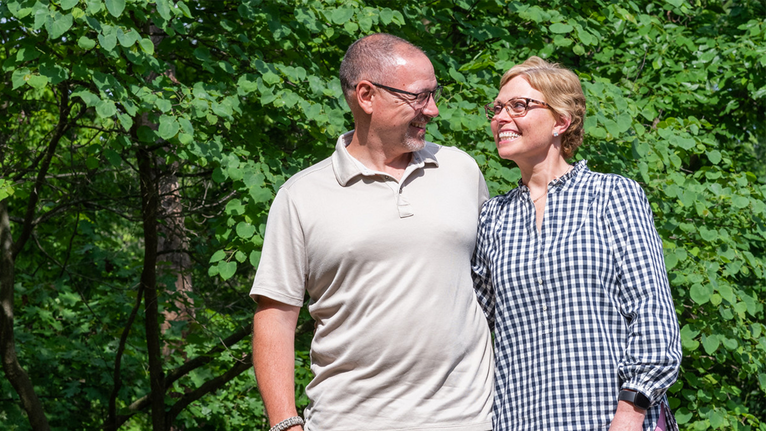 The team laid out Tracy’s plan. She would have four months of chemotherapy, surgery, physical rehabilitation and finally, radiation. A process that would last from April through December.

“I didn’t realize breast cancer was this involved,” states Tracy, who reiterated how glad she was to have this type of treatment so close to home.

After chemotherapy treatments from April to August, Tracy’s surgery was scheduled for September 2021. Due to the linear calcifications discovered earlier in Tracy’s left breast, along with the cancerous tissue discovered in the right breast, Tracy opted for a bi-lateral mastectomy. Dr. Lewis, who specializes in surgical oncology of the breasts, worked with Ryan Gobble, MD UC Health plastic surgeon and assistant professor of surgery at UC College of Medicine, who specializes in post-mastectomy breast reconstruction.

Dr. Lewis performed the first surgery, in which she removed the cancerous tissue and lymph nodes while completely saving Tracy’s nipples. Immediately after, Dr. Gobble stepped in to reconstruct Tracy’s chest using implants.

“My health insurance called to double check that the surgeries were planned for one day because most places have to wait several months between removal and reconstruction,” Tracy says. This sub-specialization of UC Health cancer clinicians allows for top-tier care, such as performing two surgical procedures within one day, which is not common elsewhere in the region.

“My doctors spoke very highly of each other, and they were convinced they could do this in one fell swoop,” Tracy recalls, which boosted her confidence in her multidisciplinary team.

As a young, active person, who strived to remain active during chemotherapy treatments, Tracy did not think she would require physical therapy after surgery. Ultimately, the major reconstruction took some getting used to. Tracy worked with therapists to regain her strength and control, and once again, was pleased to be able to do it all at the West Chester Campus.

Once Tracy recovered from surgery, with the help of physical therapy, the next step was radiation treatment. Although it was a long road, Tracy said her doctors and providers made it bearable.

“I could not have asked for a better care team. Dr. Daugherty is amazing; I cannot speak highly enough of her. She and the rest of the cancer team genuinely care about their patients,” Tracy says.

Tracy finished her last round of radiation just two days before Christmas 2021, nine months after her diagnosis. Tracy’s doctors said she faced it with an incredibly positive attitude. “She is just one of the happiest patients, and is most appreciative,” says Dr. Lewis, “You can tell she just has such a positive outlook on things.”

Dr. Daugherty also believes that her positive attitude has directly contributed to her successful recovery. “Studies have shown that patients who do not have pessimistic attitudes can have better outcomes,” explains Dr. Daugherty. “We know there is a mind-body connection. We don’t know exactly how it works of course, but we do know that it plays into how well people respond. Even though we can’t understand it, we know that it is very real.”

As Tracy looks ahead to the future, she is most excited about her plans to return to UC Health’s West Chester Campus in September 2022 when she will embark on her next role in life: grandmother. Her daughter is expecting a baby and has switched her obstetrics care to West Chester Hospital’s Maternity Services because she was so impressed with the medical care that her mother received.