It seemed impossible when Dr. Ambor Bends learned she had lung cancer. The 46-year-old veterinarian and mother of two never smoked, has no family history of lung cancer and never experienced any notable hazardous exposures. 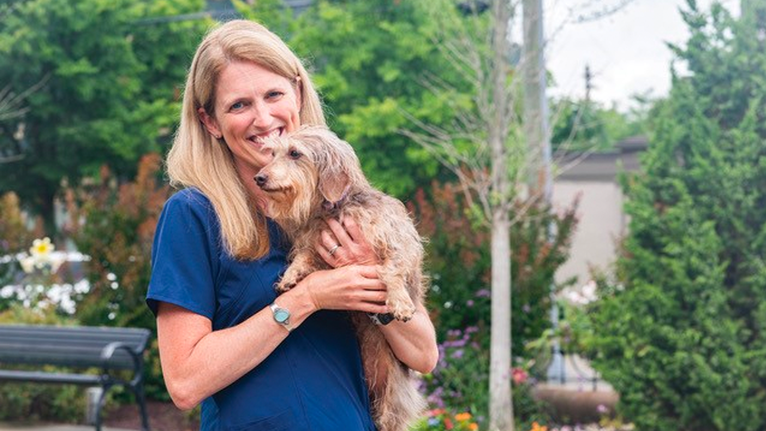 Exposure to tobacco smoke is the primary etiologic factor responsible for lung cancer, however, the rate of lung cancer in never-smokers is significant. It’s estimated that in the U.S., 19% of women with lung cancer had never smoked, compared to 9% of men with the disease. There are concerns leading to the examination of outdoor and indoor air pollution as a contributor to lung cancer development in nonsmokers, but there is not yet definitive evidence of this.

In February 2020, Ambor went to her primary care physician for unrelated symptoms. During the exam, her doctor ordered several tests, including a chest X-ray. The imaging revealed a nodule in Ambor’s lung.

“At first, I wasn’t concerned. Due to my low-risk factors, my doctor was optimistic, but she ordered a CT scan to be sure,” said Ambor. The CT scan confirmed the nodule, and the local hospital gave Ambor the choice to have a biopsy or wait three to four months and have more scans for surveillance.

Ambor’s sister, Carrie Jennings, a certified nurse practitioner at UC Health, stepped in to help Ambor. “Carrie encouraged me to come to UC Health for a second opinion,” she said. “She was my advocate.”

Ambor met with Christopher Radchenko, MD, medical director of the UC Health Incidental Pulmonary Nodule Program and assistant professor in the Department of Internal Medicine at the University of Cincinnati College of Medicine.

“Our team specializes in evaluating all aspects of each patient’s case. First, we look at personal history and risk factors, then calculate an initial risk assessment using this data,” said Dr. Radchenko. “Next, we evaluate all X-rays and CT scans. The appearance of the nodule in Ambor’s left lung was “pathognomonic,” meaning that it was specifically characteristic or indicative of a type of lung cancer. Although Ambor was low risk, we worried this was early lung cancer.”

Dr. Radchenko performed a navigational bronchoscopy to biopsy the nodule, which uses electromagnetic navigation with computed tomography (CT) images to make a 3D map of the lungs. The bronchoscope (a fiber-optic, lighted tube) is passed into the airways of the lungs, allowing the pulmonologist to navigate directly to the nodule to retrieve tissue (biopsy). Dr. Radchenko also biopsied Ambor’s lymph nodes to ensure no spread of cancer.

The results were positive for adenocarcinoma lung cancer. Considering that the stages of lung cancer range from 1–4, Ambor’s cancer was caught early at stage 1, which means the nodule size is 3 centimeters or smaller.

“Less than 24 hours after my biopsy, Dr. Radchenko told me my diagnosis and said it was important I schedule surgery, because this was a curative situation if I received treatment,” said Ambor.

Ambor’s biopsy was on March 4, 2020, and she was scheduled for surgery on March 26 to be performed by Robert M. Van Haren, MD, UC Health thoracic surgeon and assistant professor in the Department of Surgery at the UC College of Medicine.

At the time, COVID-19 stay-at-home orders were just taking effect, and all elective surgeries were cancelled. Only emergency surgeries, such as trauma cases, were allowed in local hospitals.

“We discussed Ambor’s case and determined that moving ahead with her surgery was the best option,” said Dr. Van Haren. “We were making treatment decisions during a state of emergency, so we paid close attention to our local resources and the current hospital strain. At that time, the number of COVID-19 patients in the hospital were low enough that it was possible to treat patients like Ambor.”

Each lung is divided into sections called lobes, with the right lung made up of three lobes and the left lung having two lobes. During a lobectomy, the surgeon removes a portion of the lobe. The surgeon removes only the cancerous part of the lung rather than the entire lung. 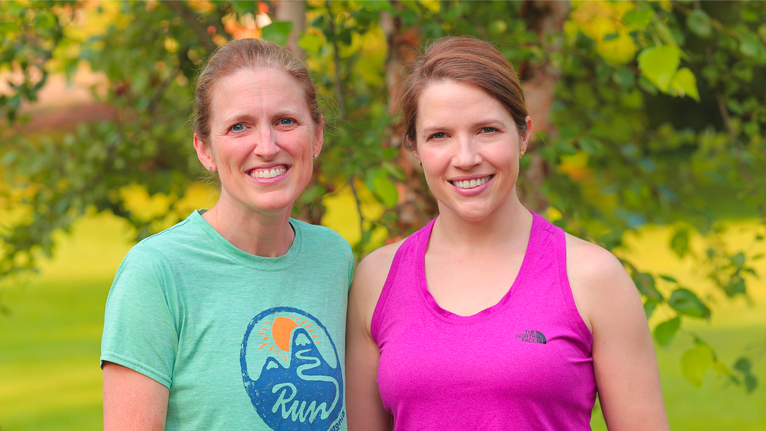 Dr. Van Haren performed a robotic-assisted left upper lobectomy, which is often considered the most challenging of the five types of lobectomies due to the complex anatomy of the lung. Robotic technology is a significant advantage to the field of thoracic surgery and is routinely used to perform minimally invasive lobectomies.

Studies have shown that robotic lobectomy may offer decreased pain and a shortened hospital stay when compared to other surgical approaches, according to NCBI and the Journal of Thoracic Disease.

“We were able to remove all the cancer at the time of surgery, and Ambor’s most recent follow-up imaging was clear, so she has been cancer-free for a year now,” said Dr. Van Haren. “Considering the type of cancer she had and how early it was caught and removed, the chances of recurrence are low.”

After surgery, Ambor recovered at home with her husband Chris and their two children, Liam and Colin. “My husband was also home with me, and he was my No. 1 support.”

Taking walks in their neighborhood helped Ambor’s recovery both physically and psychologically. “I started by just making it to my mailbox and back, then Chris encouraged me to walk to one more mailbox on our street each day to strengthen my lungs and increase my endurance,” said Ambor. “Rain or shine, whether I wanted to or not, Chris made sure we got out there and did something proactive. It really helped keep my spirits up.”

Because Ambor’s cancer was discovered and removed at an early stage, she did not require chemotherapy or radiation. She only needs periodic CT scans for surveillance,” Dr. Van Haren explained. “The best part of my job is seeing patients like Ambor thrive year after year.”

For the name of a UC Health physician who specializes in lung cancer treatment, call 513-298-DOCS (3627)