Success comes naturally to Dustin Wolf. He travels the globe for work and manages his company’s department that installs industrial washers and dryers in the beverage industry. 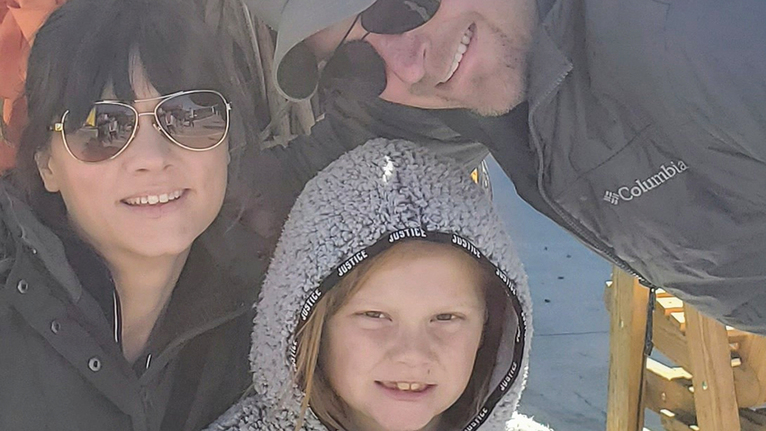 At home, he is a devoted family man who loves spending time outdoors with his wife and daughter, with hobbies that include bike riding, trail walking and skiing.

But on February 17, 2017 at the age of 39 years old, Dustin experienced a shocking accident that his family could never have prepared for.

While driving home from work, Dustin had a seizure. He ran the car off the road into a field, at which point his car caught on fire. A Good Samaritan came to his rescue, but the vehicle was already engulfed in flames by the time his rescuer arrived at the scene.

“I feel very blessed and fortunate to be here,” Dustin said. “Because of the seizure, I don’t remember the accident. One minute I am living one life, the next minute I wake up with a new life, where I have major burns on my body.”

Dustin suffered from third-degree burns spanning from his left arm, both hands and his back. He was initially treated at a burn center in Dayton, OH.

Three days later, the doctors in Dayton knew they had run out of options and Dustin would die without Extracorporeal Membrane Oxygenation (ECMO). They called the Burn Center at UC Health’s University of Cincinnati Medical Center, the region’s only adult burn center that provides specialized care, including ECMO, for those affected by burn injuries. The multidisciplinary ECMO Transport Team at UC Health flew to Dayton, worked collaboratively with the doctors and nurses there to place him on an ECMO machine, then brought him back to UC Health for further care.

“ECMO is short-term life support for patients with failing heart, lungs or both,” said Suzanne Bennett, MD, UC Health anesthesiologist and associate professor of anesthesiology and critical care medicine at the UC College of Medicine. “Dustin’s case is an example of how UC Health is able to manage the most complex conditions that other hospital systems in the region cannot. Our multidisciplinary ECMO program worked very closely with the Burn Center to give Dustin the best outcome.”

With ECMO technology, UC Health became the first mobile ECMO program in Ohio. This allows UC Health the ability to transport patients on ECMO from other hospitals that are not able to provide advanced treatments when needed, such as in Dustin’s case.

“Only a few burn centers across the country offer ECMO to burn patients because the risks are very high,” said Elizabeth Dale, MD, plastic and reconstructive surgeon and director of the Burn Center. “At UC Health, our burn team and physician collaborations across multiple specialties allow these kinds of heroic efforts to succeed. We worked very closely with Dr. Bennett’s team to monitor Dustin’s condition while treating his burn wounds, which were severe.”

Dustin says that all the physicians and nurses went above and beyond to provide the care he needed. He also credits his care team for providing comfort and attention to his family while he was unable to do so.

“UC Health’s Burn Center is, without a doubt, the best hospital,” said Dustin. “I am 100% back to a normal life. I work fulltime and, more importantly, I am happy to say that I am back to living a life I love with the people who matter most.