Banishing a Recurring Duodenal Polyp — Third Time Is the Charm

Virginia Daum knew something was off kilter when she suddenly developed severe acid reflux in 2015. 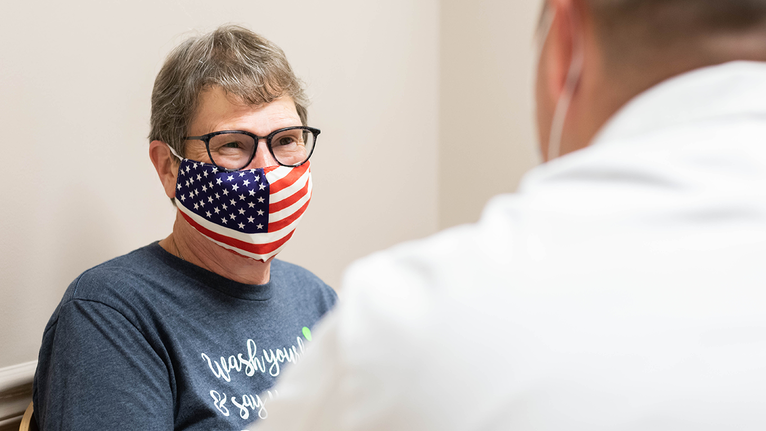 “My grandmother, my aunt and one of my cousins all passed away from pancreatic cancer. Additionally, my brother had Barrett’s esophagus, which is associated with an increased risk of developing esophageal cancer,” said Virginia. “I immediately took note of my symptoms because of my family history.”

She was due for a routine colonoscopy and decided to have an endoscopy at the same time.

An endoscopy is a procedure to look inside the body using an endoscope (a flexible tube with a light and camera attached to it), which allows the doctor to view pictures of the esophagus, stomach and duodenum (part of the small intestine) on a color TV monitor.

The endoscopy — performed at a medical facility outside of Cincinnati — revealed a large duodenal polyp. The medical team unsuccessfully tried to remove the polyp during the endoscopy, so Virginia was scheduled for an open resection procedure. Typically, the duodenum and head of the pancreas needs to be removed if the polyp can’t be removed on its own. This would also occur if there is a chance that the polyp is cancerous.

“I ended up having surgery to remove the polyp, and it was a horrible recovery,” said Virginia. “I ended up with a hernia and a 12-inch incision scar, but at least the polyp was gone — or so I thought.”

Last year, Virginia experienced pain from her hernia, and her doctor set her up for another endoscopy. Sure enough, the polyp had grown back. They again tried to remove the polyp, but it was too large to remove with the scope through the esophagus. “I was extremely upset,” said Virginia. “I didn’t want to go through another painful surgery, and I was worried that I might have to have my pancreas removed, which would make me become an insulin-dependent diabetic.”

Virginia was referred to Rose Danielson, MD, UC Health physician and assistant professor of clinical medicine in the Department of Internal Medicine at the University of Cincinnati College of Medicine, who specializes in gastroenterology and advanced endoscopic skills.

Dr. Danielson ordered another endoscopy and, based on those results, referred Virginia to Gregory C. Wilson, MD, UC Health cancer surgeon in the Division of Surgical Oncology and assistant professor in the Department of Surgery at the UC College of Medicine.

“Virginia and I discussed having a resection to remove the polyp, which, given its location, could only be completely removed by taking the duodenum out using the Whipple procedure,” Dr. Wilson explained. “These polyps can be tough. They’re not cancerous, but the polyps are a sign of precancerous lesions. I reassured Virginia by taking the time to talk with her about the plan and making sure to address any concerns she had.”

The Whipple procedure is the most common operation for patients with pancreatic cancer. It can also be used to treat chronic pancreatitis, other cancers such as small bowl cancer and abnormalities in the head of the pancreas. The procedure involves surgical removal of the head of the pancreas, a small part of the intestine (duodenum) and a portion of the bile duct. After the procedure is complete, the digestive tract is rebuilt.

This procedure can be done using a traditional open approach, or with robotics for a minimally invasive surgery.

Virginia’s Whipple procedure was scheduled for the beginning of April 2020, right before elective procedures were put on hold due to the COVID-19 pandemic.

“My brother and my sister-in-law drove me to UC Health for surgery, but because of COVID-19 restrictions, I had to go into the hospital alone,” said Virginia. “I wasn’t scared, though, because of the reassurance from both Dr. Danielson and Dr. Wilson. I was calm; I knew I was in good hands.”

Most Whipple procedures are performed openly, but Dr. Wilson performed the minimally invasive robotically assisted Whipple procedure, which allows patients the ability to heal faster and with less chance of complications versus open resection. The Whipple is done with small incisions and a camera to remove the polyp, duodenum and the head of the pancreas. The stomach, pancreas and bile ducts are then reconnected to the small intestines.

“The beauty of this surgery is that there is zero chance of polyp recurrence, because the entire duodenum is removed,” said Dr. Wilson. “We don’t choose to remove the duodenum lightly; sometimes, we’re able to remove small polyps endoscopically, but Virginia’s polyp was 4-5 centimeters, whereas most polyps are smaller than 1 centimeter.”

Post-surgery recovery was surprisingly smooth, according to Virginia. “I expected to feel a ton of pain like I did after my previous surgery, but I honestly wasn’t experiencing any pain. I couldn’t believe it. I was able to get up and walk. I didn’t have a giant scar — I kept comparing the previous surgery to this one and thinking, ‘This is great!’”

“Virginia is in the clear now,” said Dr. Wilson. “The polyp contained some precancerous cells, but because we were able to remove it entirely, it’s nothing but great news all around in her case.” 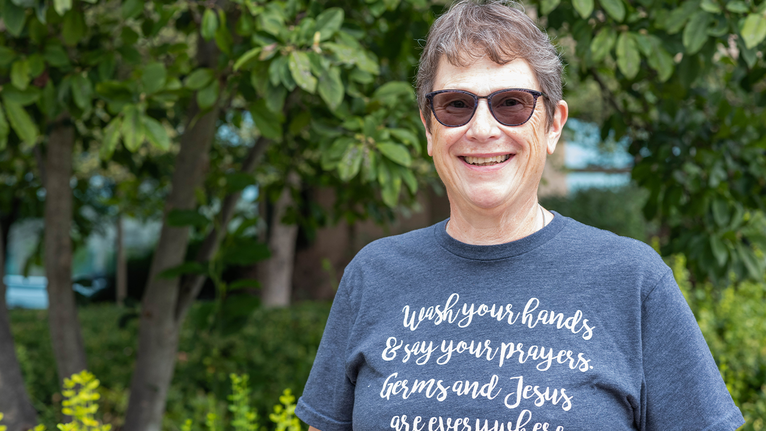 From Reflux to Retirement

Virginia was able to go home just five days following surgery, and she hasn’t experienced a single bout of acid reflux since.

Recently retired, Virginia formerly was the director of religious education at a Catholic church. She currently volunteers at the church by offering counseling and funeral services for families.

Virginia also spends her time taking care of her parents — both in their 90s — who live across the road from her on their 140-acre family farm. Virginia herself resides on a 40-acre farm with chickens, cats and a 20-year-old Muscovy duck named Duckster.

“I tell everybody that no matter what medical issue they’re dealing with, they deserve a second medical opinion, so go ahead and call UC Health. It can’t hurt,” said Virginia.

The UC Pancreatic Disease Center is one of the most active centers in the world focusing on the multidisciplinary care of patients with benign and malignant diseases of the pancreas. We are one of only two centers in the nation offering the autologous islet cell transplantation for the treatment of chronic pancreatitis.

Our Pancreatic Disease Center is one of the few high-volume pancreatic surgery centers in the U.S. and is the only regional center offering a minimally invasive Whipple procedure using robotic-assisted surgical technology.

With careful research, we create a personalized plan for you that considers everything from your age to your medication tolerance. Side by side, our team of subspecialists diagnose, treat and manage your pancreatic cancer to provide the best care possible for you in a caring and comfortable environment. 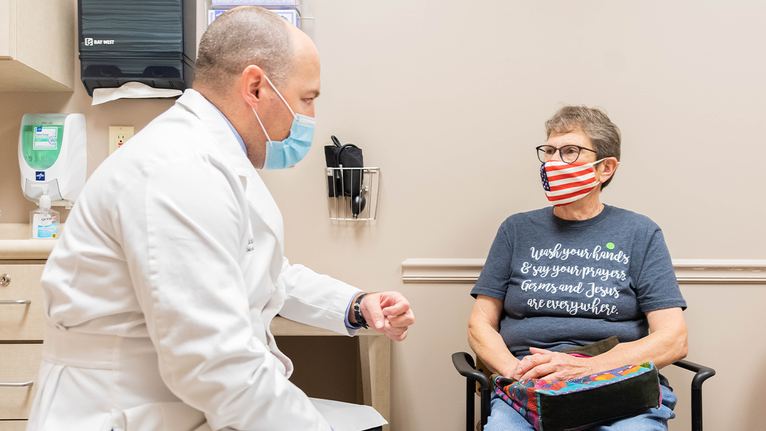 UC Cancer Center surgical oncology physicians are exceptional in their surgical expertise. We deliver first-class care, creating new benchmarks for a wide range of therapies and procedures. We offer:

Cancer survival rates are higher than ever because of the discoveries made at research institutions like UC Health. With us, you’ll find terms of highly trained experts and scientists to treat your cancer — right here in Greater Cincinnati. With subspecialized training and experience, our physicians aren’t just skilled in treating cancer. They’ve dedicated their lives to treating your exact type of cancer.

Named a “high performing site” by the National Cancer Institute’s National Clinical Trials Network, the UC Cancer Center offers nearly 200 leading-edge clinical trial options for patients throughout their care for all stages of disease. Our researchers are exploring and developing groundbreaking technologies, including programs, devices and models of study, new diagnostic tools and new targets for therapies — and work daily to make our world-class care even better.