CINCINNATI (Wednesday, June 9, 2021) — UC Health, Greater Cincinnati’s academic health system, will be among just three sites in Ohio to offer Aducanumab, a new treatment for Alzheimer’s disease. The treatment is expected to be available to patients later this year. 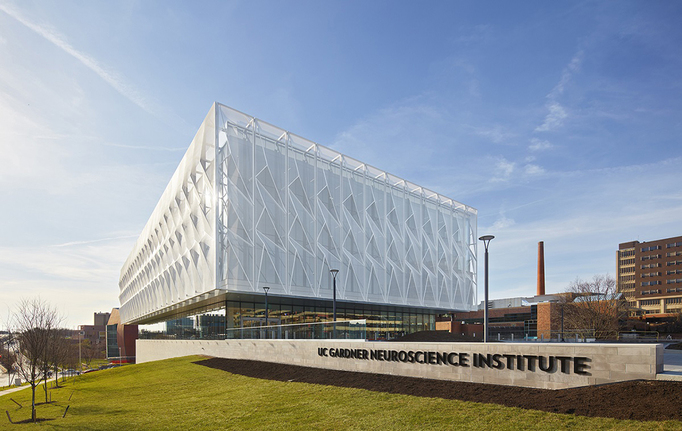 Aducanumab, also known as Aduhelm, was granted approval by the U.S. Food & Drug Administration on Monday. Produced by Cambridge, Mass.-based Biogen, Inc., it is the first drug to target an underlying cause of Alzheimer's disease and the first new Alzheimer’s drug approved in the U.S. since 2003.

“This underscores the complexity of Alzheimer's disease and the need to continue to investigate additional pathways for treatment,” said Rhonna Shatz, DO, medical director of the UC Memory Disorders Center and the Sandy and Bob Heimann Chair in Research and Education of Alzheimer’s Disease at the University of Cincinnati College of Medicine.

Aducanumab targets a protein, called amyloid, which can form abnormal clumps in the brains of Alzheimer’s patients. Amyloid protein is an essential building block and immune surveillance protein in the brain. It exists in multiple forms, and in certain configurations, is believed to disrupt the connections between brain cells (synapses) and lead to brain cell death. The treatment is designed to trigger an immune response that removes the toxic forms of the protein.

Aducanumab is administered via monthly intravenous infusions at specialty infusion centers such as UC Health.

“The FDA approval of this treatment is an opportunity for patients with prodromal or mild cognitive impairment due to Alzheimer's disease to consider a new approach to treatment,” Shatz said. “However, the benefit of the drug hasn't been firmly established and there are risks that must be considered. During clinical trials, some individuals declined with treatment. Each individual should consult with a physician who specializes in treating Alzheimer's disease and has familiarity with Aducanumab.”

UC Health is working with Biogen to determine patient eligibility and other criteria, such as dosing and monitoring schedules. The health system expects to begin offering the treatment later this year and plans to use routine MRIs, dosing management and cognitive monitoring as part of each patient’s treatment regimen.

The UC Memory Disorders Center is located within the UC Gardner Neuroscience Institute. The center’s team of subspecialists provide multidisciplinary care for Alzheimer’s disease and other memory disorders.