Breaking Out from the Emotional Prison of Obesity

Register for a Free Seminar

Erica Dille, 42, of Hamilton, was once a prisoner in her own home, too embarrassed and ashamed to go out in public because of her morbid obesity. She would do her shopping online and avoid leaving her house as much as humanly possible. It was an unhappy existence.

Erica wasn’t always overweight. As a teen, she was thin, but when her father suddenly and tragically passed away when she was just 19, she was heartbroken and despondent. “It was a very challenging time during my life, and I was very depressed,” says Erica. “My doctor prescribed a medication to help me cope.” 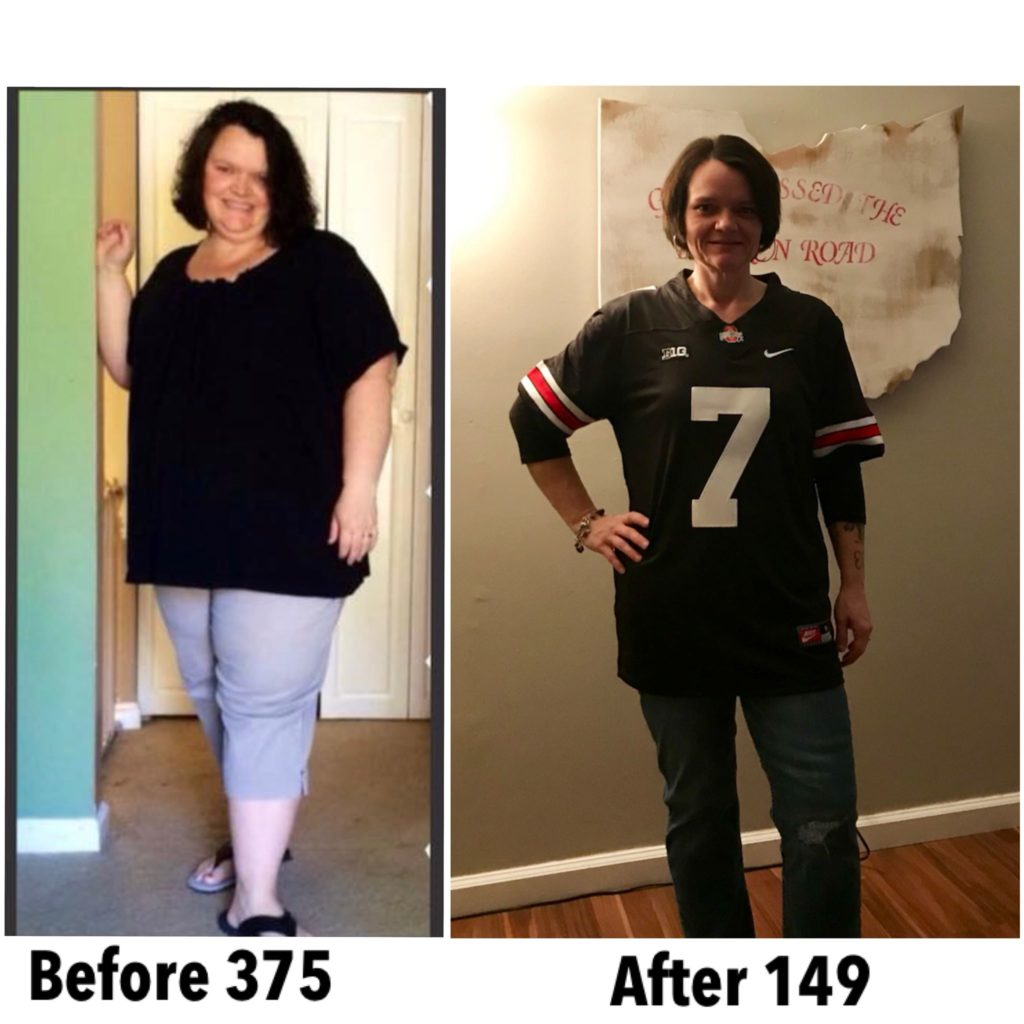 With that medication, came weight gain. “I was young, and no one really educated me about the side effects that some medications can bring. Before I knew it, I was in the 300-pound range. I lost my identity,” she says.

In her 30s, Erica went to see her family doctor who ordered routine blood work during her regular appointment. The results showed that she was beginning to have some very serious health issues. Specifically, her doctor told her that she had developed calcifications in her arteries. Her family doctor told her that her health was in serious jeopardy and she had to make a change immediately.

Erica was experiencing “atherosclerosis,” also called “hardening of the arteries,” a disorder in which arteries (blood vessels that carry oxygenated blood from the heart to other parts of the body) become narrowed because fat is deposited on the inside walls of the arteries. The plaque may eventually severely block the artery, causing death of the tissue supplied by the artery – which can lead to heart attack, congestive heart failure or abnormal cardiac rhythms.

Hearing this news, Erica’s life passed before her eyes. She was happily married to her husband, Michael, and mother to their three boys, Landen, Liam and Luke. She thought, “I have to be here for my husband and children.”

She first began to diet on her own and was able to lose some weight. When she returned to her family doctor for a check-up, he was very honest with her. “He told me, ‘you’re not doing it fast enough. Your situation is urgent,’” says Erica. He then referred her to the UC Health Weight Loss Center.

She immediately did some online research and learned that UC Health utilizes a comprehensive team approach that features detailed follow-up and support after surgery. She called the center, completed the informational seminar online and scheduled her first appointment. “I began to research everything – how surgery works, how it isn’t a band aid and how you must stick to it. That was it for me. It was the biggest decision of my life. I decided to have the surgery.”

“The first thing I tell patients is that losing weight is never magic, even with bariatric surgery,” says Dr. Thompson. “It always takes hard work. Successful patients take steps to get back control of their daily routines as they relate to the intake and burn of calories. The UC Health Weight Loss Center provides patients with comprehensive habit change resources from basic nutrition education to the anatomic alterations of bariatric surgery. Erica’s success highlights our team’s effort and her hard work.”

What is Sleeve Gastrectomy?

Gastric sleeve is a minimally invasive, laparoscopic surgery where the surgeon makes tiny incisions, less than one-half inch each in the abdomen, rather than a single, large incision, like traditional surgery. It involves removing about 80 percent of the stomach, leaving a long banana-shaped sleeve that acts as the new, smaller stomach. One of the biggest advantages of having this surgery is that the part of the stomach where the hunger hormone is made is removed during the procedure, which helps reduce the feeling of hunger.

Erica hit her goal about one year after surgery – she lost 225 pounds.

She has regular follow-up visits with the Weight Loss Center team for support and guidance. “They are on your side 100%. In fact, they are so on your side that there is even an after-hours number that you can call. Someone is always there for you, you’re never alone.”

Ivan Bennett, physician assistant, who has worked with Erica after her surgery, is especially helpful and supportive. “He has been such a positive influence for me. He’s kept me going, and kept me motivated.”

Today, Erica is the happiest she’s been in years. The best part of losing the weight? “Oh honey, let me tell you,” she says, “I don’t have to shop online anymore. I don’t have to buy 4X and 5X. I love to go to the mall and buy clothes.”

The first store that she wanted to visit was Victoria’s Secret. “When I walked into the store, it was beautiful and I loved it! I didn’t feel out of place, I didn’t feel ashamed. It was liberating!”

“Another thing that has changed is that I absolutely love to play with my children. There were so many times when I was overweight and my boys would say – ‘mom, come outside and play!’ I would cover up by saying I was busy, but the truth was I would not walk four or five steps without being out of breath. Now, I’m actually running outside, kicking a ball, chasing them, playing hide and seek. It feels wonderful.” 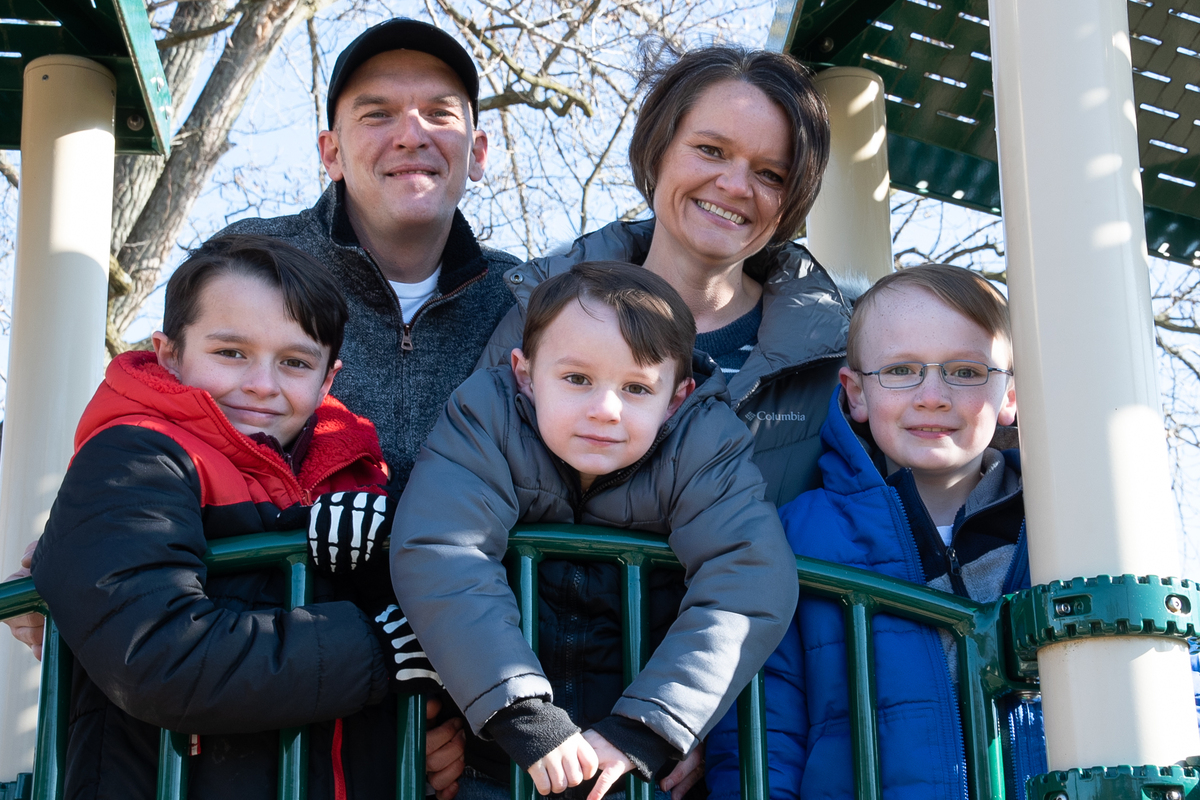 Erica has a message for others who may feel trapped in an emotional prison of obesity. “When someone does not know if they can take on surgery, there is always a voice inside us who wants to, but it’s the fear of not knowing that can stop us. I had that fear too, but I’m here to tell you that gastric sleeve surgery gives you incentive to try because within the first 30 days, you’re seeing the number drop and you become more motivated and you want to try. You’re driven more to try.”

And her health has never been better. “Since I had this procedure, I absolutely have no health issues. Everything has reversed itself. I went into the hospital and had an ultrasound of my heart. Every test was run and it all came back as normal. I’m so happy. That is why I keep pushing myself further and further.”