Calming the Brain the Night before a Big Event

Who among us hasn’t had the dreaded experience of trying to fall asleep the night before a big exam, presentation, competition or other nerve-wracking event? 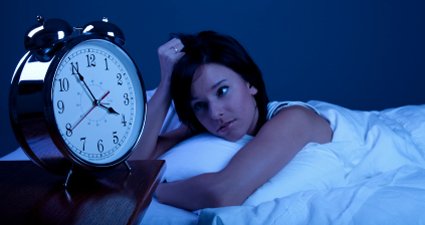 The harder we try to relax and fall asleep, the louder the seconds tick by. And the more we worry that we’re losing precious sleep time, the more elusive the all-important “good night’s sleep” becomes.

Well, maybe a “good night’s sleep” isn’t as important as we think. And maybe we are just setting ourselves up for failure by believing that it is.

“The two things you can’t do by trying really hard are sleep and sex,” says Scott Ries, MSW, LISW, Associate Professor and Administrative Director of the Mood Disorders Center at the University of Cincinnati Gardner Neuroscience Institute, one of four institutes of the UC College of Medicine and UC Health. “If I go to bed saying I have to do something, and I’m worried that I am not going to do it, then I am going to activate the threat center in the brain, and my brain is not going to want me to sleep.

“So the better approach is to say, ‘Yes, it would be great if I could get a good night’s sleep; but if I don’t, it’s not the end of the world.’ ”

The good news, Mr. Ries says, is that most of us can function after not sleeping well for a night or even two. All parents have experienced times when they were up all night with a sick child but then were able to get through the next day. Perhaps most famously, Charles Lindbergh crossed the Atlantic in a single-engine airplane after not sleeping the night before.

So even if a really good night sleep is optimal, you are more likely to get one if, paradoxically, you do not care whether you get one.

Don't try to force it

“You can’t force yourself to sleep,” Mr. Ries says. “It’s something that relies on your being able to let go. Think of all the times when you fall asleep at night when you’re reading a book or watching television or attending a dinner party. You can barely keep your eyes open, because you are not trying to sleep. And then, the night before something big, you go to bed and think, ‘I have to get a good night’s sleep!’ And that worry begins to ruminate in your mind. Plus you are worrying about the stressful event that you will be facing tomorrow. So you already have one worry, and now you’re adding another one.  Your brain is going to alert itself to a problem out there, and it is going to try to keep you awake.”

Mr. Ries stresses that his comments apply to people who normally don’t have trouble falling asleep and do not suffer from serious sleep disorders, which include obstructive sleep apnea and sleep disruptions caused by medication side effects, medical conditions (such as asthma, thyroid disease or heart failure), neurological conditions (such as epilepsy, stroke or Parkinson’s disease), and psychiatric disorders (such as anxiety and depression).

At the same time, he says, all of us can benefit from good “sleep hygiene,” the act of creating an environment that maximizes our chances for a restful sleep. “You want to be in an environment that is relatively cool, quiet and dark – meaning that you don’t have the TV on or a glowing alarm clock looking at you,” Mr. Ries says.

Jennifer Rose Molano, a neurologist and sleep specialist with UCGNI’s Memory Disorders Center, explains that sleep is regulated by two main processes: 1) our circadian rhythm, or internal clock; and 2) the buildup of the sleep drive throughout the day. “It’s a combination of those two things that help us stay awake during the day and fall asleep at night,” she says.

“Our sleep drive is highly influenced by what we do during the day,” Dr. Molano continues. “The two things that can influence our sleep drive at night are caffeine or taking prolonged naps in the afternoon. If people drink a lot of caffeine in the afternoon or if they take a one- or two-hour nap during the day, their body is a little bit confused when they try to go to sleep at 10 or 11 at night. Their body is getting a mixed signal; it doesn’t understand why it’s supposed to go to sleep.”

Cal Adler, MD, Associate Professor of Psychiatry and Co-Director of the UC Mood Disorders Center, says that ideally people should establish good sleep hygiene well in advance of exams, presentations and other stressful events. “Students may benefit from following a regular sleep schedule,” he says. “Falling asleep the night before an exam or other stressful event is easier if a pattern of going to sleep at a regular time has already been established.”

People facing a stressful event should not give in to the temptation to take medication unless it has been prescribed by a physician, Mr. Ries says. He also does not recommend drinking alcohol, which “may help you fall asleep but will not necessarily help you stay asleep.” Dr. Adler adds that while some people find over-the-counter medications helpful, the night before a big event is not the time to try them out.

When Mr. Ries has trouble sleeping, he gets out of bed and walks – in the dark – to another quiet place in the house. “I’ll sit quietly in the dark, and usually one of the house pets will come over to figure out what I’m doing. So I scratch the cat. I kind of pay attention to my breathing. I’ll breathe in slowly and let my mind go wherever it wants to go. I find that most of my thoughts don’t last very long; they come and go. And I find that relaxing, because it taps out all the other things that I otherwise would be worried about.”

How do surgeons cope the night before a major operation whose success may prove life-changing for the patient? Ravi Samy, MD, Director of the Adult Cochlear Implant Program, says a prayer. His colleague Lee Zimmer, MD, PhD, Medical Director of UCNI’s Neurosensory Disorders Center, reports that because he works 100-hour weeks, he does not have trouble falling asleep.